Steering the Ship: Getting to Know the Man Behind the Helm
H. William Craver, DO ‘87, FACOS 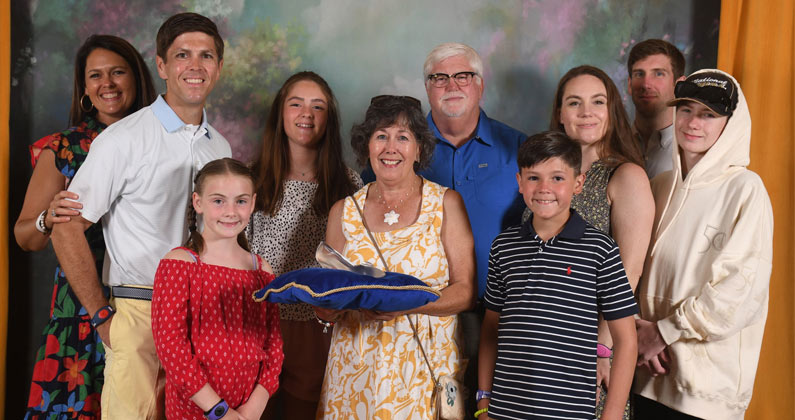 With a focused demeanor, he rapidly punches in letters on his keyboard, viewing the screen through horn-rimmed glasses on a face partially covered by a white beard. Behind him, the wall is partly filled with awards, degrees and accolades — few of which he deems important to his sense of self.

H. William Craver, DO ‘87, FACOS, is adept at ensuring PCOM South Georgia avoids icebergs. It’s his job as the dean and chief academic officer. Much of what the campus community doesn’t see is his “steering of the ship”, ensuring that faculty, staff and students can reach their goals without coming into contact with avoidable obstacles — whether those obstacles are internal or external partner relationships, curriculum changes or simply current events.

Being at the helm of PCOM South Georgia since 2020, Dr. Craver aims to continue building a history and culture that the College community can be proud of. In fact, it’s something he did long before the campus came about. He played an instrumental role in bringing the vision of PCOM South Georgia into reality by meeting with local healthcare professionals and government officials to emphasize the need for a medical school in the region.

“It’s a ‘we not I’ mentality,” he says referring to the campus culture of PCOM South Georgia. “Our students can make it in this field if we support them. We will find a way to win, and we will prepare our students for healthcare careers the best that we can.”

One way he ensures that students are prepared for their careers is by leading the faculty members who teach those students. An American Osteopathic Association Mentor of the Year Award winner, Dr. Craver works closely with faculty members to support and encourage their leadership and mentorship. His strategy takes a top-down approach. By improving the dean-faculty mentoring relationship, faculty members can then use that knowledge to improve their own mentorships and, ultimately, student success.

Jennifer Shaw, PhD, chair of the department of biomedical sciences and associate professor of physiology, has a strong bond with “the best mentor”.

“He really advocates for us as faculty members and provides us with the freedom and support to create a unique campus culture,” she says. “So much of his work is behind-the-scenes, but it impacts the work of faculty and students daily.”

A Contrast in Styles 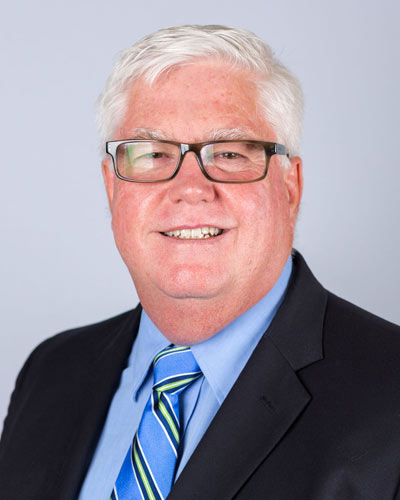 With faculty describing his professional style as “by the book” and “rule-following”, and Dr. Craver himself quoting The Art of War when describing his leadership and management philosophies, it’s a stark juxtaposition to his personal style at home where he cooks without recipes, simply measuring by taste, heart and timing.

Joanne Jones, PCOM South Georgia chief of campus operations and career counselor, has known Dr. Craver for more than 20 years. She describes him — both personally and professionally — in one sentence. “He’s got your back,” she says. “He’s funny, tender-hearted and loves his family.”

As a self-proclaimed introvert — an INTJ on the Myers-Briggs personality test — time to himself is crucial in order to operate at full steam for the campus. Playing the trumpet, baritone or harmonica, crafting homemade sauces and noodles, and canning fresh vegetables alongside his high school sweetheart alleviate much of the stress and intensity that come with being the dean of a medical school.

His real-world experience perfectly blends an understanding of health care and medical education that results in successful leadership and student achievements. A general surgeon by training, he left the profession after 15 years to fulfill a calling to academia, resulting in a 20-plus-year career at PCOM.

“It’s where I felt I could make the most societal difference after being a physician,” he says with folded arms. “It’s where I knew I could impact the following generations who would be going into health care.”

Dr. Craver, or Granddad as he’s known by his four beloved grandchildren, has held numerous positions at PCOM beginning in the early 90s. He began as a surgical residency academic coordinator, then a professor of surgery in Philadelphia before moving to Suwanee and becoming the chair, and later associate dean, of the undergraduate clinical education program just after PCOM Georgia opened its doors. Dr. Craver then served as dean and chief academic officer of PCOM Georgia for 10 years, later being named vice provost.

His time in health care spans from the mid-70s when he received a degree in physical therapy, to the late 80s when he graduated from PCOM as a Doctor of Osteopathic Medicine. He completed a residency, serving two years as chief resident, in general surgery at the Osteopathic Medical Center of Philadelphia in 1992. From there, he served as a general surgeon in the rural communities of Jasper, Georgia, and Hardinsburg, Kentucky, before making the move to medical education. 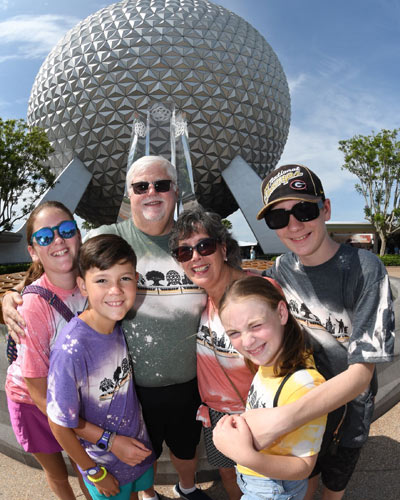 And his wife, Kathy, has been by his side for the entire ride. Marrying shortly after college, Dr. Craver says the secret — if there is one — to a successful marriage is respecting one another and listening. With nearly 43 years of marriage under their belts, they’ve been through a lot. From pagers interrupting holiday family dinners for emergency surgeries to the birth and raising of their two children and everything in between, he says the support of Kathy — who is known as Gigi to their four grandchildren — has been invaluable.

Since joining PCOM, his CV has grown to include leadership positions on internal and external committees. He has long been a leader and advocate for health care and medical education, and in July 2022, he was named chair of the Board of Deans for the American Association of Colleges of Osteopathic Medicine. “AACOM is leading where osteopathic medical education is going, which fits right into my passion,” he says.

His passion and excitement are evident when he talks about the fresh, homemade Cajun meals he loves to make for his family, a perfect day of hunting in crisp, fall weather, and the students who he believes wholeheartedly are the future of health care. He’s proud of the difference that PCOM is making in South Georgia. He knows that with a supportive leadership team and committed faculty members, PCOM South Georgia’s students can change the face of physician-patient relationships and diminish the overworked and burned-out mentality often associated with being a physician.

From a personal standpoint, he’s experienced just that, which is why his devotion to medical education truly comes from the heart.