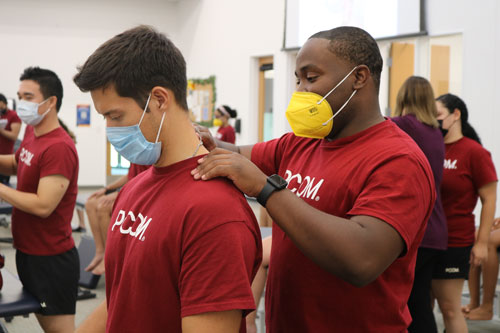 PCOM South Georgia, the region’s only medical school, opened its campus in Moultrie, Georgia four years ago to help grow medical education in Southwest Georgia and meet the long-term healthcare needs of the region.

In addition to focusing on students’ academic success, healthcare experience and MCAT scores, all predictors of success, the recruiting team highly values prospective students’ commitment and passion to learning in a rural setting and training with a whole-person philosophy. It is with this holistic approach—seeing the student as a whole rather than a set of numbers—that the team reviews and interviews applicants.

Because of those efforts, the College recently welcomed another highly qualified and diverse class. During the 2021-2022 interview cycle, PCOM South Georgia received more than 3,000 applications, conducted nearly 300 interviews and matriculated 59 students into the Doctor of Osteopathic Medicine class of 2026.

Year over year, PCOM South Georgia has made a concerted effort to recruit students from rural areas. In the DO class of 2026, which began its academic year in August 2022, nearly 70 percent of students hail from the state of Georgia with counties such as Colquitt, Lowndes, Lee and Lanier being heavily represented. 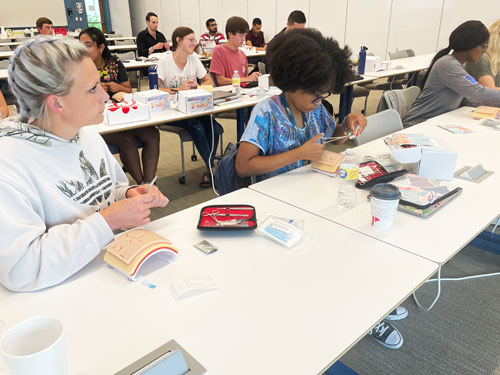 This year, 32 percent of incoming students come from medically underserved areas and health professional shortage areas—geographic areas or populations that have a shortage of primary, dental or mental health care providers.

Many students who now call PCOM South Georgia home come from disadvantaged backgrounds. Over half of the students in the DO class of 2026 received the Pell Grant in their undergraduate studies, and 25 percent of the class come from families who have received public assistance, thus increasing the students’ understanding of the needs in rural areas.

PCOM South Georgia leaders are passionate about diversity, equity and inclusion for its campus community and medical field. Research proves that students who train at diverse medical schools are more comfortable treating patients from backgrounds other than their own. An integral part of the College’s 2025 Strategic Plan, PCOM South Georgia seeks to attract and retain a student body that represents and reflects a diverse world.

“Having a diverse student body that reflects our region’s patient  population is something we continuously work hard to achieve, and it’s something we’re extremely proud of,” said Dean and Chief Academic Officer, H. William Craver III, DO ‘87, FACOS.

Students who are underrepresented in medicine are defined as those who come from disadvantaged backgrounds or those in racial and ethnic populations who are underrepresented in the medical profession relative to their numbers in the general population. This includes students who are African Americans and/or Black, Hispanic/Latino, Native American (American Indians, Alaska Natives, and Native Hawaiians), Pacific Islander, and mainland Puerto Rican. First-generation students are defined as having parents who did not complete a four-year college or university degree.

PCOM South Georgia accepts students on a rolling basis, meaning students are continually accepted from the first day of interviews until the first week of class. The interview season starts in September and lasts through March. Learn more about the admissions process by visiting www.pcom.edu/admissions. 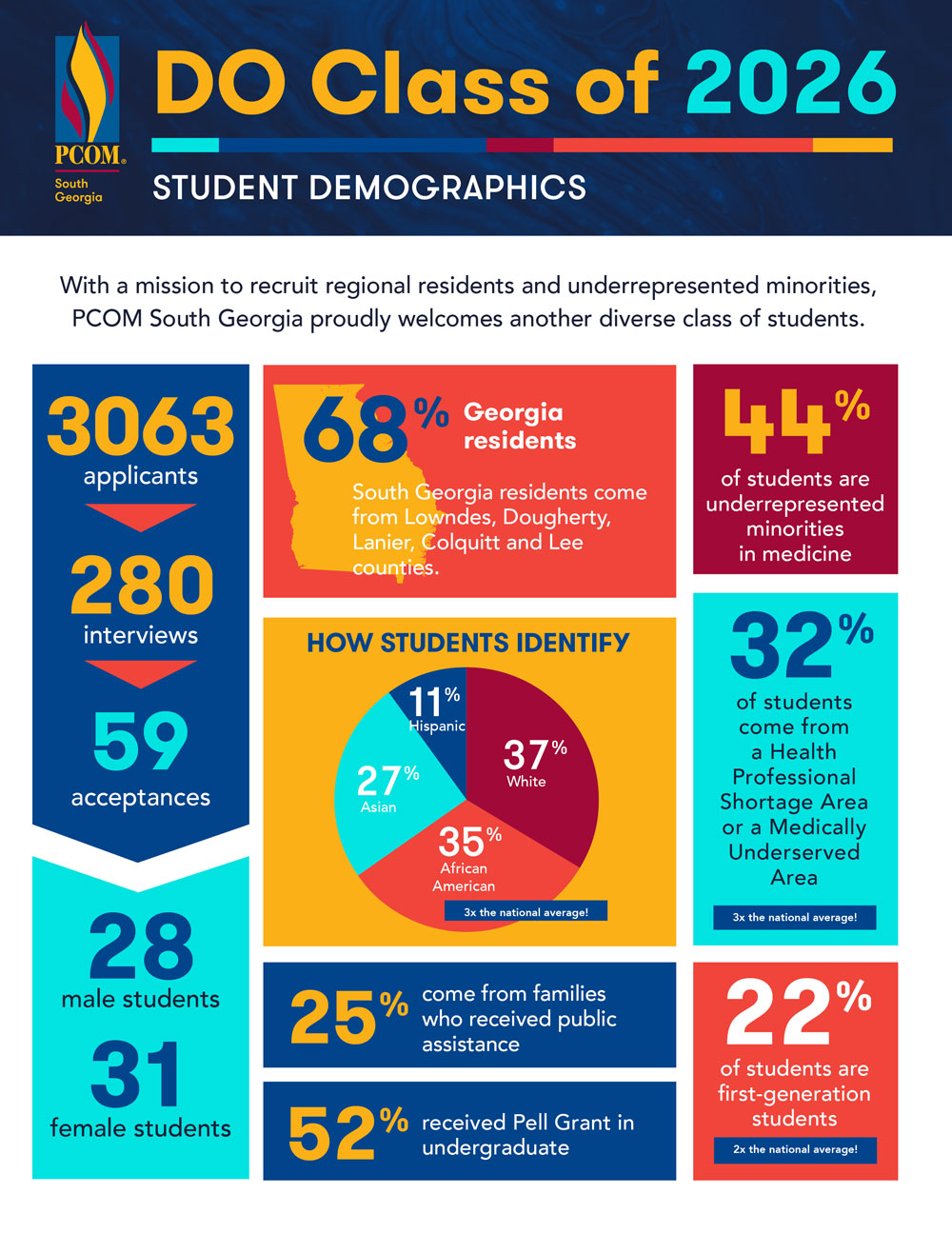