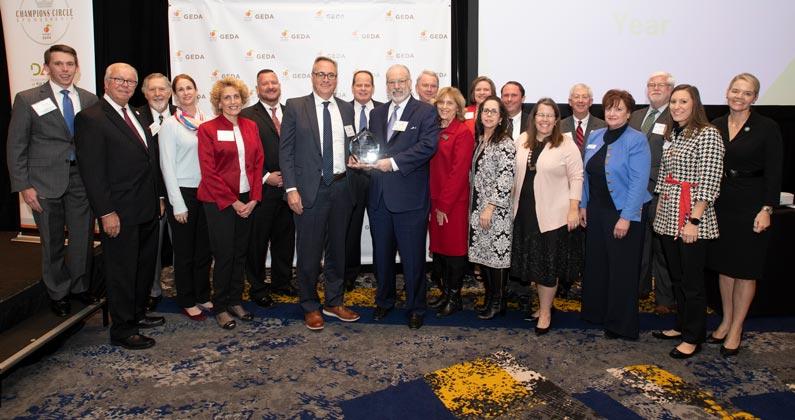 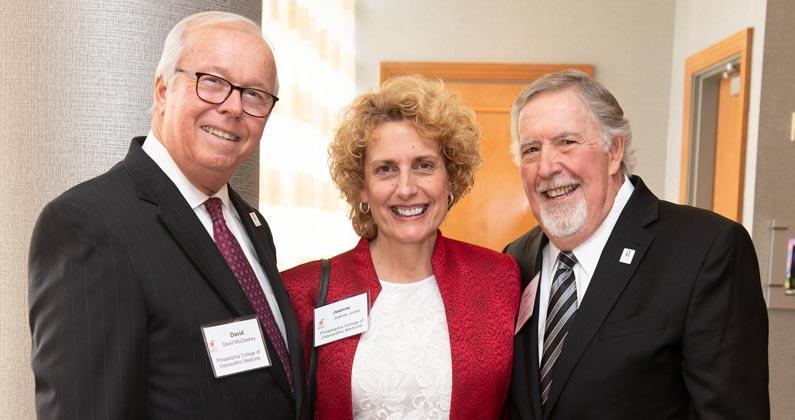 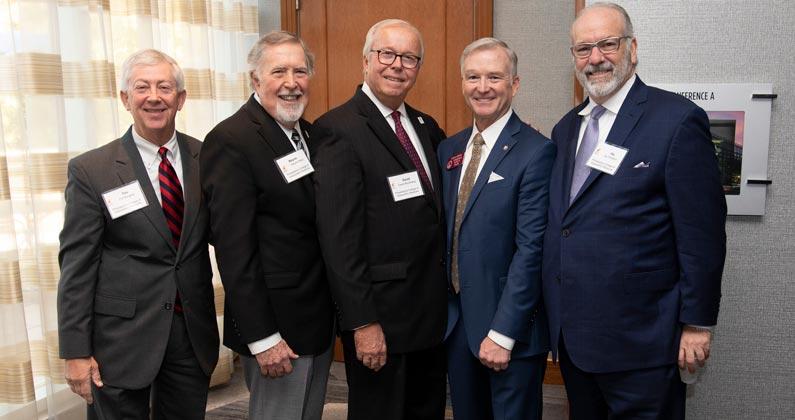 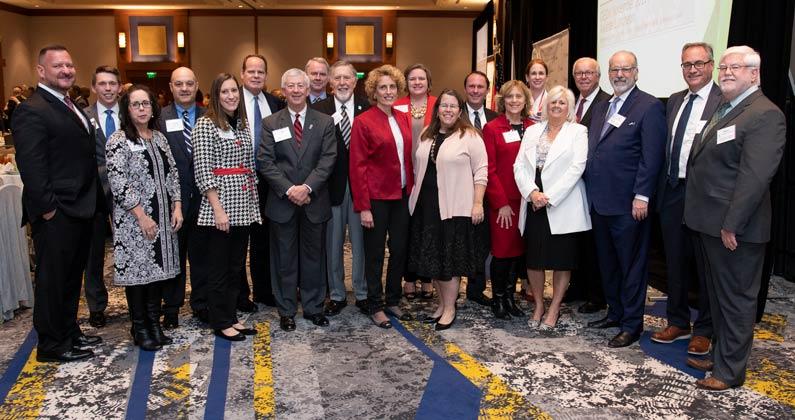 A partnership with Philadelphia College of Osteopathic Medicine (PCOM) to build PCOM South Georgia garnered the Moultrie-Colquitt County Development Authority a regional “Deal of the Year” award from the Georgia Economic Developers Association (GEDA) on November 18.

The award was presented to Daniel Dunn, past chair, Moultrie-Colquitt County Development Authority, and PCOM President Jay S. Feldstein, DO ‘81, along with a number of PCOM staff members and community members in attendance at GEDA’s annual awards luncheon.

In accepting the award, Dunn said, “Our region is known for its agriculture and every year billions of seeds are planted in the fertile ground around South Georgia. We watch these seeds take root and in a short time grow to produce the products which feed and clothe our nation.”

Comparing PCOM South Georgia to a seed, he said, “A seed has now been planted that has begun to grow, take root and will transform health care in not only Moultrie, but also the South Georgia region and the entire Southeastern United States.”

He thanked the many partners who made the award possible, including PCOM for “believing in the vision.”

In accepting the award, Dr. Feldstein thanked Georgia Gov. Brian Kemp who spoke at the campus’ ribbon-cutting ceremony on August 6, 2019 and PCOM’s partners in the project. He said to the audience of about 400, “The greatest compliment would be for you to have a graduate of PCOM South Georgia as your doctor.”

After learning of the award, Jim Matney, chair of the Moultrie Colquitt County Development Authority and president of Colquitt Regional Medical Center said, “With PCOM choosing to come to the region, we have and continue to see the economic impact. We look forward to a long relationship as we help them grow and expand educational opportunities for South Georgia.”

According to the award nomination form submitted before the school opened by Darrell Moore, former president of the Colquitt County Development Authority and currently the executive director of the Valdosta State University Center for South Georgia Regional Impact, “The project will have a transformational impact on medical education and health care throughout South and rural Georgia.”

The nomination form discussed the partnerships that were crucial for making the campus a reality for the region. “The Moultrie site provides easy access to physicians in Thomasville, Tifton, Valdosta and Albany (as well as other rural hospitals) that will be critical to the long-term success of the project. The whole process requires continued support from partners throughout South Georgia. The project would not have been possible without a truly regional team,” according to the application.

According to GEDA, the “Deal of the Year” awards honor outstanding achievement in the location or expansion of new businesses in Georgia that meet community economic development goals and involved significant community program support.