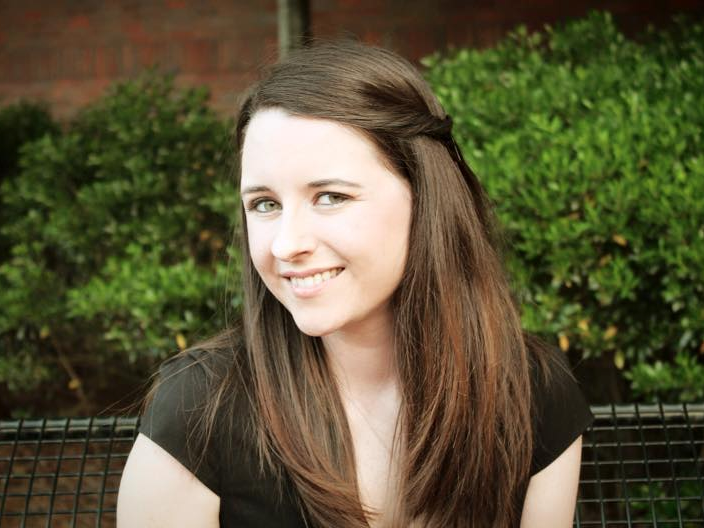 After four years of study, Marie (Katie) Bozman will earn her Doctor of Pharmacy degree May 29, 2015 as part of the second graduating class of the Philadelphia College of Osteopathic Medicine School of Pharmacy--only minutes from her hometown of Lawrenceville. In fact, she attended both high school and college within just thirty minutes of GA-PCOM’s campus.

After learning that a new pharmacy school had opened in Suwanee, Ms. Bozman attended an open house and realized she had found the school she’d been looking for. “Learning more about GA-PCOM, I felt confident that the program’s structure would help me to be the well-rounded pharmacist I wanted to be, but more importantly, I was so impressed with the culture of the program. It was obvious even then how invested the program was into its students’ successes.”

Ms. Bozman explained that she valued how the program allowed her to get involved in activities outside of the classroom. During her first year of pharmacy school, she was able to train as a research assistant with Dr. Eric Wang, Assistant Professor of Pharmaceutical Sciences, and later developed a research project that was awarded first place among pharmacy students in the College’s annual Research Day. In her four years at PCOM School of Pharmacy, Ms. Bozman held leadership positions with the American Society of Health-System Pharmacists, the School of Pharmacy Curriculum Committee, and the GA-PCOM Student Ambassador Program. She also authored the School of Pharmacy’s student blog, “Confessions of a Student Pharmacist,” documenting her journey through pharmacy school.

In March, after interviewing in five states for a pediatric residency position, Ms. Bozman matched with her “dream program” at Children’s Healthcare of Atlanta where she will spend a year working with various pediatric populations and in specialties including transplant, neonatology, and oncology. “One aspect I am most excited about is the opportunity to develop my skills in pediatric clinical research,” Ms. Bozman said. “Because of the research experiences I was able to develop during my time at GA-PCOM, I strongly believe that I will be able to cultivate and complete a research project that will improve medication safety and patients’ quality of life.” In the future, Ms. Bozman plans to complete a second year of residency and then seek a specialist position when beginning her pharmacy career.