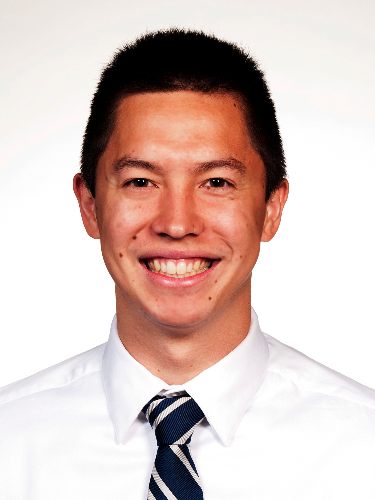 Advocating for the Profession

Douglas Anderson (DO ’15) thinks that advocacy is an important part of being a physician, especially an osteopathic physician. “I think in order for us to be effective as doctors, we need to know about government issues affecting healthcare, because our patients are looking to us for answers,” says Mr. Anderson, a second lieutenant in the U.S. Air Force.

To that end, Mr. Anderson has spent his last two months at PCOM working as the osteopathic health policy intern with the government relations team of the American Association of Colleges of Osteopathic Medicine (AACOM), learning first-hand how to be a good advocate for the profession.

The internship program—which only accepts three osteopathic medical students each year—allows participants to learn about the development of federal health care policy, and how to affect how that policy is formulated.

“I’ve learned so much about healthcare policy from observing the legislative process,” Mr. Anderson says. “I’ve attended Senate subcommittee hearings and visited the Institute of Medicine and the National Institutes of Health, and I’m putting together a policy paper on the issue of international medical students doing clinical rotations in the U.S.”

One of Mr. Anderson’s most memorable projects as an intern was working with AACOM to send out alerts in preparation of the Senate’s vote to repeal the sustainable growth rate formula for physician reimbursement under Medicare. The bill essentially secures Medicare reimbursement rates for physicians, and extends funding for Teaching Health Centers and the National Health Service Corps.

“We worked to put out information that would not only alert students to the gravity of the situation, but also inspire them to act and write to their legislators,” says Mr. Anderson. “It was huge news for both patients and physicians.”

Mr. Anderson, who also served as DO Council president and Student Government Association president while at PCOM, will begin general surgery residency this June at Pinnacle Health in Harrisburg, Pennsylvania.