Educating the Frontlines of Health
Training Physicians in South Georgia 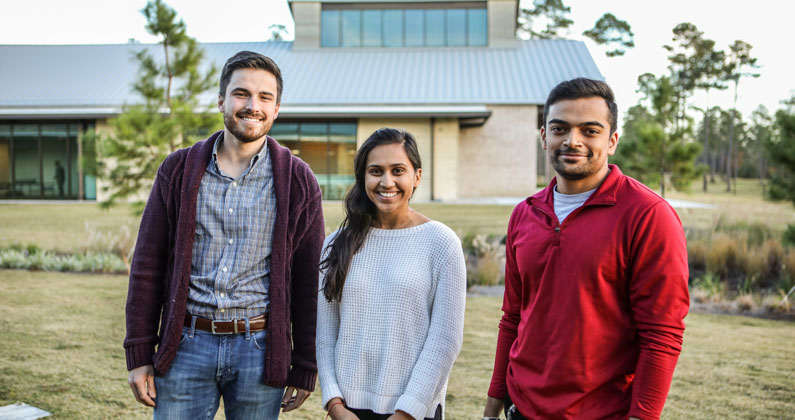 Christian Edwards (DO ‘23) and many of his classmates hope to become physicians in rural and underserved areas. (Note: Photos were taken prior to the COVID-19 pandemic and campus mask mandates.)

Born at Colquitt Regional in 1995, Xavia Taylor (DO ‘23) is now walking into that same hospital as a third-year osteopathic medical student completing her clerkship rotations.

But her ties to Moultrie and its healthcare system go even deeper. Her grandfather, Verdell Bull Blount, served on the hospital board for many years while running his local business, Blounts and Sons Concrete. It was during that time that Xavia joined him on retreats and had the opportunity to be in the midst of so many local healthcare professionals. Combine that relationship to the healthcare industry with her fierce passion for serving her community, and it’s easy to understand why Xavia aspired to become a physician.

“I have always known that I wanted to become a physician, but I never thought I’d be pursuing that journey in my hometown,” she said. “It all seemed to line up perfectly for me. PCOM South Georgia was taking its first class of students the same year that I was due to apply to medical school. Having the college in my hometown was definitely a determining factor for me. I am able to be close to my family and have the support I need during this time as a medical student. All the education and training that I have has come from my hometown.” 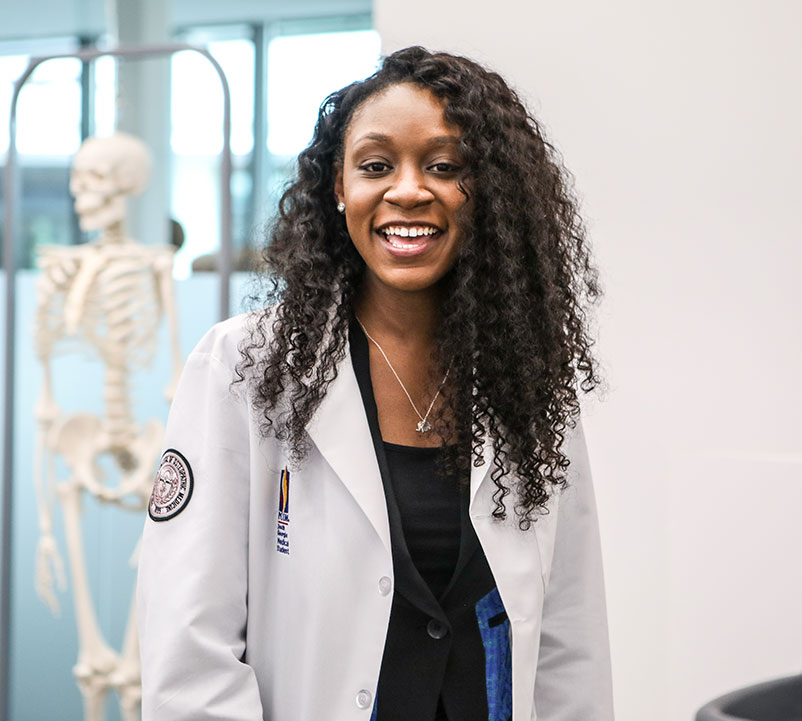 Staying close to home for her education has been a top priority for Xavia. She attended Thomas County Central High School and then received her bachelor’s degree in biotechnology at Fort Valley State University. She’s maintained that yearn to stay in South Georgia even throughout her medical training.

“Having PCOM South Georgia in Moultrie has allowed me to continue on my path to medicine and learn amongst the very people I have been blessed to share a community with. It is a wonderful feeling, and a very personal one. I don’t think my support system and community quite understand what their encouragement means to me, ” she said.

Xavia is set to graduate from PCOM South Georgia in the summer of 2023. Afterward, she’ll complete a residency, which is possible to do in Moultrie through the Georgia South Residency Program at Colquitt Regional Medical Center.

“I get questions all the time from local members of our community asking me, ‘Will you practice medicine in Moultrie?’ I don’t like to jinx the future, so I say, ‘I guess we will see soon!’”

Much like Xavia, Christian Edwards (DO ‘23) has a heart for Moultrie. It’s where he and his wife, Anna, have opened a business, where his parents and grandparents have opened businesses, where he has spent his entire life, where he has raised his own family and where he is training to become a physician.

“I went off to college with the world in front of me,” Edwards said. “There were so many things to see and do out there, but when it came down to it, there was nothing out there that was enough to overcome the comfort and community of home.”

Christian said that the birth of his first son in 2017 was a defining moment in his life for many reasons. One of them being the start of his pursuit of a medical career. Two years later, he began his education and training in his hometown at PCOM South Georgia. 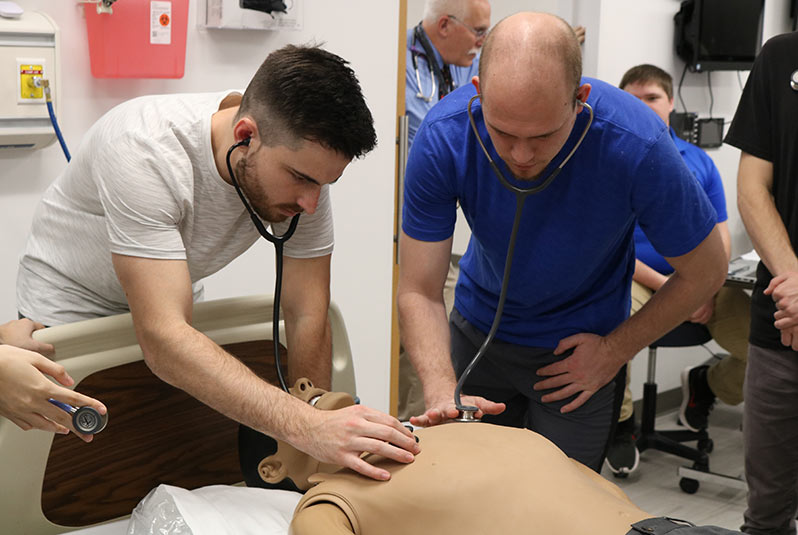 “The timing was quite providential,” he said. “Shortly after I made the decision to pursue medical school, I heard news that PCOM South Georgia was coming to Moultrie. The school being here was life changing for me and my family. We were able to stay here in Moultrie. My kids were able to stay around their friends and grandparents, and we were able to stay in the community that we grew up in.”

Now in his third year of medical school, Christian is completing his clerkship rotations at Colquitt Regional Medical Center. Not only is he doing so in his hometown, but with his ideal future patient population.

“I’m seeing the exact patient population that I hope to practice with one day,” he said. “I know many of them personally and hope to care for them in the future. There are also doctors here who have mentored me from a young age. I grew up attending church with them, so it's very special to be learning from them in the medical field. I wouldn't choose anywhere else to be.”

Like many South Georgians, Christian has had a front-row seat to the growth of the healthcare industry.

He said, “It is incredible the difference that has been made over the past 10 years. PCOM South Georgia, Colquitt Regional Medical Center and the Georgia South Residency program have created an incredible pipeline that will produce outstanding medical care to South Georgia and the rural and underserved communities.”