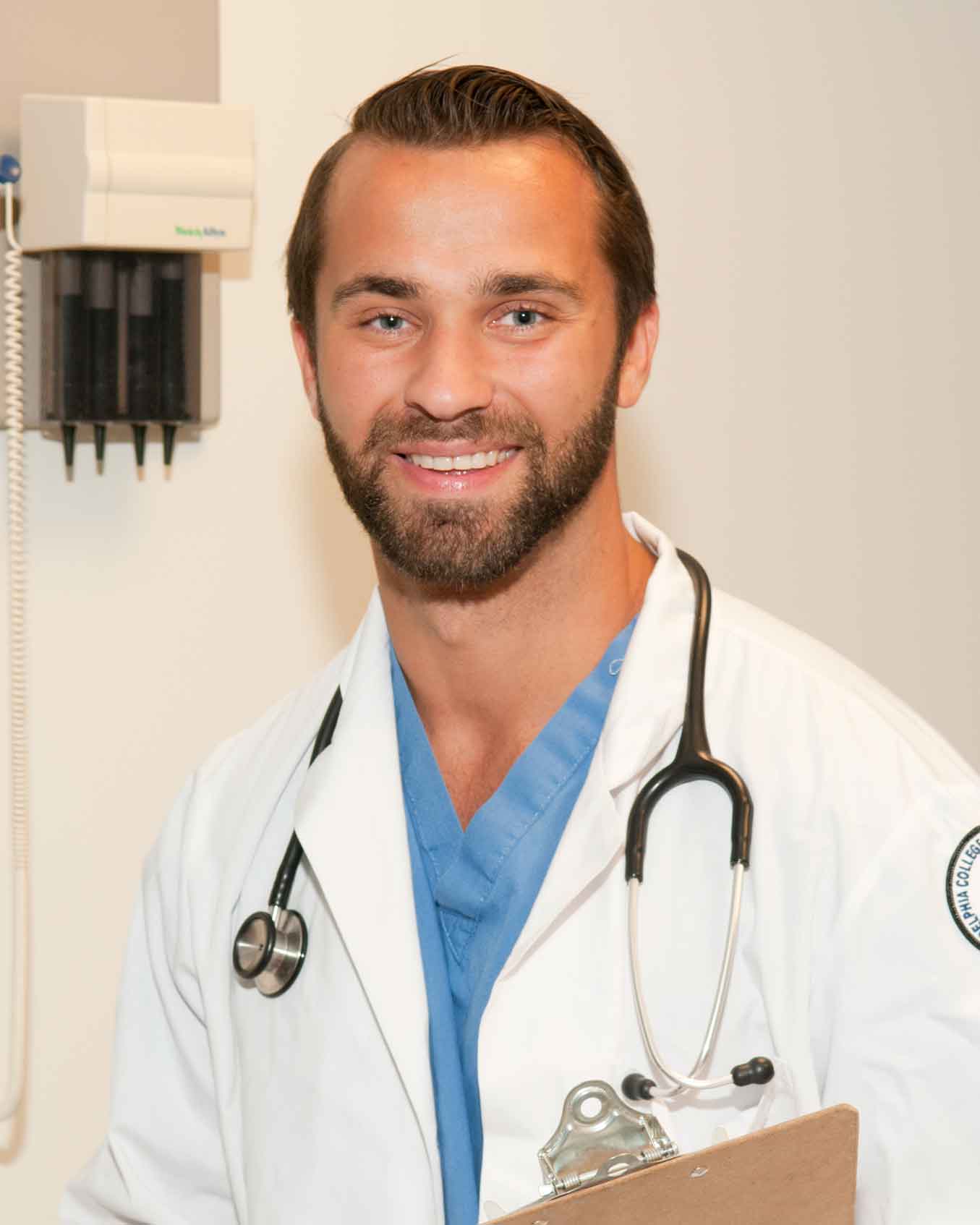 For Juris Eyler (MS/PA ’16) the desire to provide care to others stemmed from a traumatic situation in which he had no one to care for him. At just four years old, Mr. Eyler and his sister were abandoned by their parents in their home country of Latvia. For some time, the children were left in an apartment by themselves, until they were found by the Department of Child Protective Services and placed in an orphanage.

“[When] child care services found us, my sister and I were very malnourished,” said Mr. Eyler. “When it was just me and my sister, I felt it was my responsibility to care for her. So with what food I could get, I made sure she was fed and taken care of.”

Mr. Eyler and his sister were adopted two years later, and moved with their new family to Frederick, Maryland. As he grew, Mr. Eyler became heavily involved in athletics, eventually participating in football and indoor and outdoor track at McDaniel College, where he earned a bachelor’s degree in exercise science and a minor in athletic training and coaching.

“Being involved with sports most of my life, I’ve sustained a fair amount of injuries,” said Mr. Eyler. “I encountered doctors, nurses, physician assistants, athletic trainers and physical therapists, and as a result, I started to learn about the medical field and what it entails. The more I learned about it, the more my interest in it grew.”

As Mr. Eyler finished college, he says he felt that becoming a physician assistant would be the best fit for him, because of the diverse patient base; the opportunity to stay up-to-date on the latest technologies; and the continued demand in that field. He chose PCOM specifically for its proximity to his loved ones in Frederick, its high first-pass rate for the Physician Assistant National Certifying Exam, and its “family-oriented environment.”

“I also had the opportunity to observe a PA who graduated from PCOM, and I was very impressed with how well she treated her patients and how well she worked with the rest of the medical team,” he said. “That also reinforced my interest in PCOM.”

Now, as he prepares to graduate, Mr. Eyler says he wants to provide care for his patients the way he did for his sister all those years ago, ensuring they can live their lives without worrying about their medical problems.

“I believe I was given a second chance in life. Who knows where I would be had I not been adopted,” he said. “That major life event has given me a different perspective—I learned at a very young age to find the positives in any situation, and not take anything for granted. As a physician assistant, there will unfortunately be times when I’ll have to deliver bad news to my patients. By helping them to see some of the positives in their situation, I can help them to mend.”