In the midst of a global pandemic, students from the class of 2020 at PCOM Georgia celebrated one of the most exciting days in their professional journey—match day. Here they share their personal match story, what has inspired them along the way and what advice they would give to students starting the journey today. 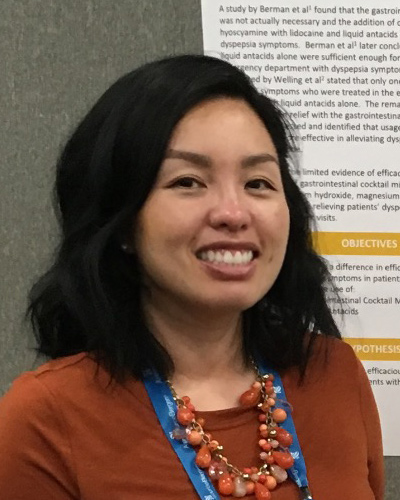 What inspired you to go into pharmacy?

Well, I never really thought about pharmacy school, in fact I really wanted to be a dentist, but things change. When my oldest son was only five years old, I decided to relocate to California. Everything was falling into place until he became extremely ill. He had severe dysentery diarrhea, constant vomiting, otitis media and extreme weight loss. Doctor after doctor, no one wanted to see him because they were not accepting state health insurance and they were not accepting new patients. So, the only option was the emergency room.

It felt like I brought him to that emergency room over a hundred times over the span of three and a half months. Every time we went, he never seemed to get better. No tests were ever completed, not even a blood test. I was always simply handed a prescription for amoxicillin and was told to go home. Being illiterate as I was and coming from a generation of trusting doctors and doing as you’re told, I did not know any better. Never for a second did I question anything that was going on. I did exactly as I was told and filled the prescriptions.

For three and a half months this continued until one morning I picked up my son’s prescription and questioned the pharmacist. Wondering what exactly this medication was for and if it was even going to help my son’s condition. I explained in detail everything that was going on regarding my son’s condition and the pharmacist advised me to take him back for something truly was wrong. Needless to say, that very same day my son had collapsed at school and was transported to the very same hospital we had just left. I was told to prepare for the worse, my child was going to die. He only had a hemoglobin of three. After weeks of testing and blood transfusions, he was diagnosed with Escherichia coli. He was finally given the correct medications and fully recovered.

As I think about what happened to my son, so many emotions come back, and I am forever reminded that we are all given opportunities to impact each other’s lives. This is why I decided to go back to school to become a pharmacist so I can help others because, if this could happen to my family, how many other families could this happen to?

Where did you match?

Why did you pursue a residency?

How did you feel when you found out you matched?

I almost cried. In fact, I think I would have cried if I wasn't at my APPE rotation. I didn't want anyone to think I was crazy so I kept it all in. I was actually numb and shocked throughout the whole day. I felt all sorts of emotions that day, but most of all I felt grateful to have matched.

What advice would you give to year one pharmacy students just starting their journey?

I would tell them to believe in themselves and to not give up no matter how hard or long the journey may be because no one ever knows what's up ahead waiting for them. I say, whatever the path may be, remember you are not alone, ask for help and guidance. We have all been there, trust me, it's better to ask for help then to go at it alone.

I just wanted to say thank you to all the professors that have helped me on my pharmacy journey. I will miss each and every one of you! And a special thank you to Dr. Barefield who took me in under her wing when she didn't have to. She helped me grow professionally, gave me guidance, knocked some sense into me from time to time, but most importantly she never gave up on me and believed in me even when I had none left. Thank you for not only being my mentor, but being my friend!

Read more Match Day stories from the Class of 2020.