After receiving her bachelor of arts in biology from the University of Delaware in 2018, Lindsay Gugerty (DO ’22) began to explore options for medical school. At Philadelphia College of Osteopathic Medicine, she found what she was hoping to find, an opportunity to delve deeper into medicine and gain knowledge from a different perspective, beyond what textbooks and lectures could offer. It was a fortunate meeting with Jackie Gerhart, MS, laboratory coordinator and director of the bio-imaging facility, and her close-knit team, which includes Mindy George-Weinstein, PhD, chief research and science officer and Arturo Bravo-Nuevo, PhD, associate professor, neuroscience, that inspired Lindsay to become involved in research in areas that were new to her. 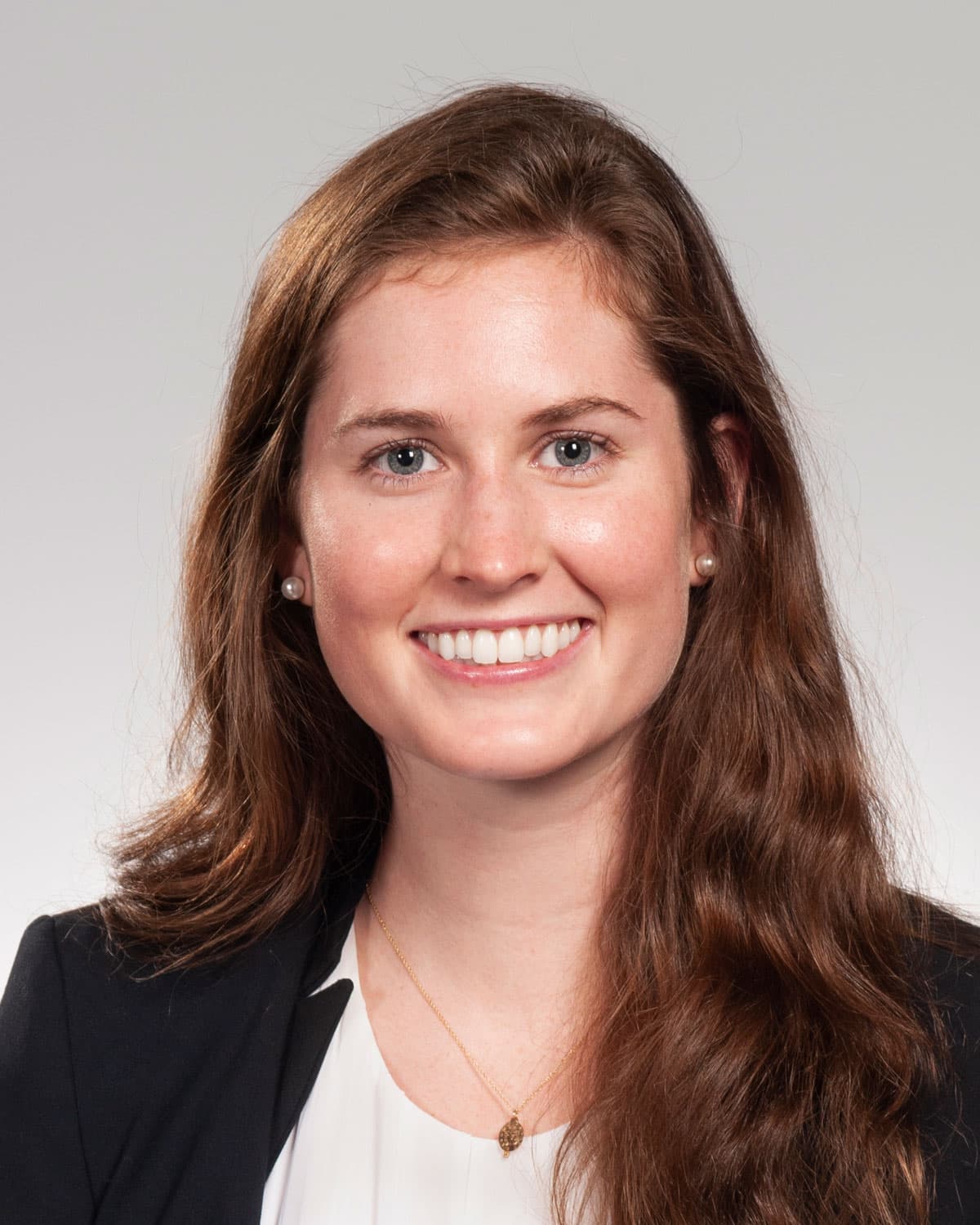 Since my time at PCOM I have explored the emerging roles of Myo/Nog cells in wound healing. These powerful and mystifying cells were discovered at PCOM by Dr. Mindy George-Weinstein and Jackie Gerhart. Myo/Nog cells are critical for normal embryonic development because catastrophic deformities of the heart, central nervous system, eyes and skeletal muscle occur in their absence.

Myo/Nog cells also are present in normal and diseased tissues of the adult, including tumors. Upon injury, they migrate to wounds and develop into contractile cells called myofibroblasts. While myofibroblasts are beneficial for wound closure in some tissues, our research has shown that they may be problematic under certain circumstances. For example, after cataract surgery in the lens, myofibroblasts derived from Myo/Nog cells contract and produce wrinkles that impair vision. This disease is called posterior capsule opacification or secondary cataract. I also helped to identify Myo/Nog cells in membranes that form on the surface of the retina in a condition called proliferative vitreoretinopathy. Contractions of these membranes may cause retinal detachment and blindness.

Our recent work revealed another important property of Myo/Nog cells, that is, an ability to ingest or phagocytose foreign material and dead cells in the skin and eyes. Clearance of this material is important to prevent chronic inflammation and autoimmune disease. While Myo/Nog cells also appear to be phagocytic in malignant melanoma tumors, their roles in cancer are still under investigation by the team.

During my undergraduate years, I completed clinical research in the emergency department at Christiana Hospital, a level-one trauma center located in Newark, Delaware. There were several research projects I was involved in regarding common maladies seen in the emergency department, namely sepsis, stroke and trauma. We assessed the efficacy of new and emerging techniques and equipment physicians employed in a variety of these settings. 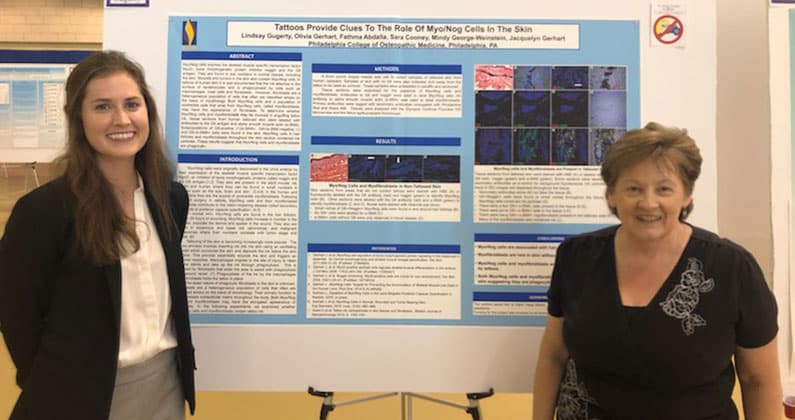 In her time at PCOM, Lindsay Gugerty (DO ’22) has explored the emerging roles of Myo/Nog cells in wound healing.

What were your responsibilities in your research projects at PCOM?

My role primarily involved identifying and quantifying Myo/Nog cells in the lens, retina and skin, and determining whether they formed myofibroblasts and engaged in phagocytosis. One technique I used was immunofluorescence staining, which involves labeling tissues with antibodies that recognize proteins specifically synthesized in Myo/Nog cells. The specificity of the labeling technique for Myo/Nog cells was validated by co-localizing multiple proteins in the same cells. Aside from proving they are present in the tissues and increase in number in response to injury, we need to understand the conditions that stimulate their differentiation into myofibroblasts and engulfment of cell corpses and foreign material.

The surface has only been scratched regarding the potential of Myo/Nog cells. We are just now beginning to understand the myriad capabilities and scenarios in which they play a part. Hopefully as we continue to learn about these cells, their various functions can be harnessed for specific therapeutic purposes, namely to enhance wound healing, prevent vision threatening eye diseases and slow the growth of tumors. It is a gradual process of unveiling new clues and piecing them together. I am very excited to see what the future holds!