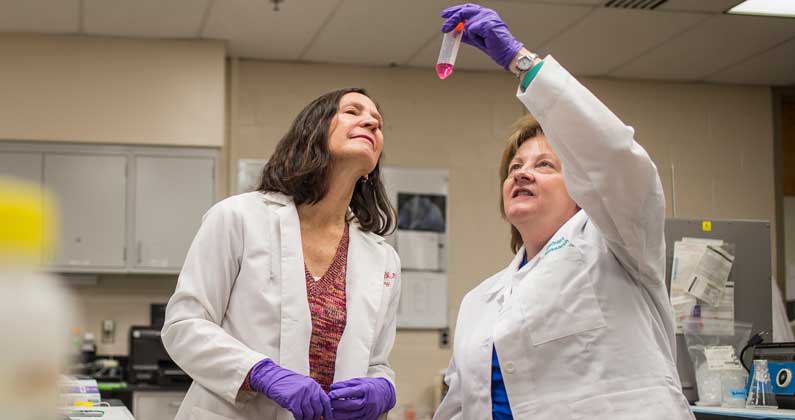 Cells discovered by researchers at Philadelphia College of Osteopathic Medicine (PCOM) are at the center of a new multi-institution, multi-million-dollar research project.

The role of Myo/Nog cells in the embryo is clear; they communicate with their neighbors by producing a molecule called Noggin that controls the actions of other potent molecules. When Myo/Nog cells are eliminated in the early embryo, development of the brain, eyes and muscles is severely impaired. Myo/Nog cells are also present in normal and injured tissues of the adult and in tumors. The goal of the research supported by the three-year award is to provide a more comprehensive understanding of the impact that Myo/Nog cells have on tumor growth, wound healing and neuroprotection.

The project is funded by an anonymous gift to The Cooper Foundation, in honor of Richard Lackman, MD, professor and director of orthopaedic oncology at the MD Anderson Cancer Center at Cooper University Health Care (CUHC). 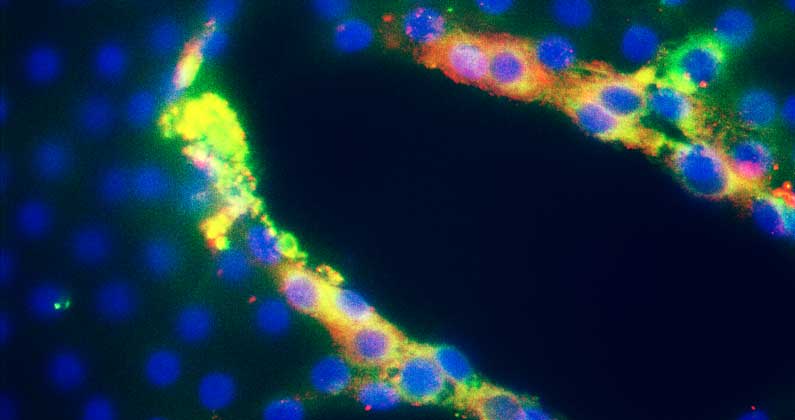 “The goal of this entire project is to bring us closer to developing therapies that either eliminate or add Myo/Nog cells to treat cancer, non-healing or abnormally healing wounds, and neurodegenerative diseases,” said Dr. George-Weinstein. “The award also will serve as a springboard for the team’s investigators to expand their extramurally funded projects and explore additional aspects of Myo/Nog cell behavior. Ultimately, we envision that strategies directed at Myo/Nog cells will be important components of treatments that cure or slow the progression of multiple diseases,” she added.

Of the total amount, PCOM will receive $622,147 to study the roles of Myo/Nog cells in the eye and brain. As part of these studies, the team will test a new drug formulation developed by Dr. George-Weinstein, Ms. Gerhart and their long-time collaborator Robert Getts, PhD, vice president of research and development and chief science officer at Genisphere, LLC. The drug, formulated with 3DNA nanocarrier, specifically kills Myo/Nog cells. The lens will be injected with the drug during cataract surgery to prevent the vision-impairing disease called posterior capsule opacification. The group is collaborating with Mark Byrne, PhD, founding department head and professor, Department of Biomedical Engineering of Rowan University, to develop a slow-release preparation of the drug. Arturo Bravo-Nuevo, PhD, associate professor of neuroscience at PCOM, will examine the role of Myo/Nog cells in protecting neurons in conditions that cause degeneration of the retina and brain.

The Executive Leadership Team of the project includes Drs. Lackman and George-Weinstein, and Spencer Brown, PhD, professor, Cooper University Health Care (CUHC) and Cooper Medical School of Rowan University (CMSRU). Along with Ms. Gerhart and Drs. Bravo-Nuevo and Byrne, project leaders include Kathryn Behling, MD, PhD of CMSRU and CUHC, and Igor Kuzin, MD, PhD and Zeus Antonello, PhD of CUHC. Drs. Behling, Kuzin and Antonello will study the roles of Myo/Nog cells in normal wound healing, scar tissue formation and tumors that arise in the supportive tissues of the body and muscle. The award will also support the training of students and medical residents.