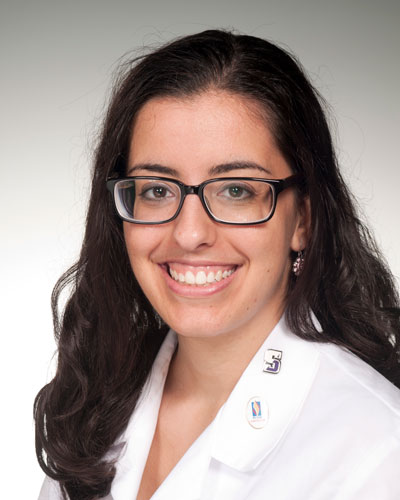 Elisa Giusto, (DO '18), a delegate with the Pennsylvania Medical Society (PAMED), recently presented a resolution that would protect the privacy of dependents so they could receive needed care while maintaining their confidentiality. PAMED passed the resolution.

Explanation of benefits forms (EOBs) are sent to policy holders by insurance companies any time someone covered by the policy—dependents—receives care. This practice has raised confidentiality concerns for several years by patient advocate groups; however the issue has become more visible now that millions of young adults between the ages of 19-25 are able to remain on their parent’s insurance due to a provision of the Affordable Care Act.

“This breach of patient privacy is a serious issue, because many young adults who need care might not get it,” said Elisa Giusto (DO ’18), citing specific examples such as reproductive and sexual health care and treatments for mental health issues and addiction. “There have been stories out of emergency rooms where kids deny certain testing or treatment because their parents might find out.”

A report from the Guttmacher Institute, a reproductive health organization, found that close to 20 percent of insured women who chose to receive care at a public family planning center, rather than use their insurance, did so due to privacy concerns. Overall, about 30 percent of teenagers said they chose not to use their coverage for the same reason.

To help address this issue, Giusto, a delegate with the Pennsylvania Medical Society (PAMED), recently presented a resolution to the organization that would work to protect the privacy of dependents so they could receive needed care while maintaining their confidentiality. At its recent House of Delegates meeting, PAMED voted to pass the resolution.

Now, the organization will put its resources and advocacy toward enacting legislation that would require insurance companies to communicate directly and confidentially with dependents who receive treatments that do not require consent from a parent or guardian.

Giusto, who authored the resolution with Matthew Weinberg, MB, assistant professor, humanities, learned about the issue during the Intro to Clerkships program, which helps prepare second-year medical students for their clinical rotations.

"Right now, several states are handling this in different ways,” said Giusto. “Mr. Weinberg and I researched the issue and I approached PAMED to request action here in Pennsylvania.”

In addition, fellow classmate and delegate Christopher Gable (DO ’18) proposed a resolution to PAMED at last year’s event, to advocate for Pennsylvania’s physician residency programs to provide transportation home and/or on site sleep facilities, for residents who work long overnight shifts. That resolution passed as well.

Giusto says that being an advocate for underrepresented patients, social issues and medical education is a particular passion for her. “It is vital that our perspective is heard,” she said. “We are [representing] the voices of medical students, residents and physicians, but most importantly, our patients.”