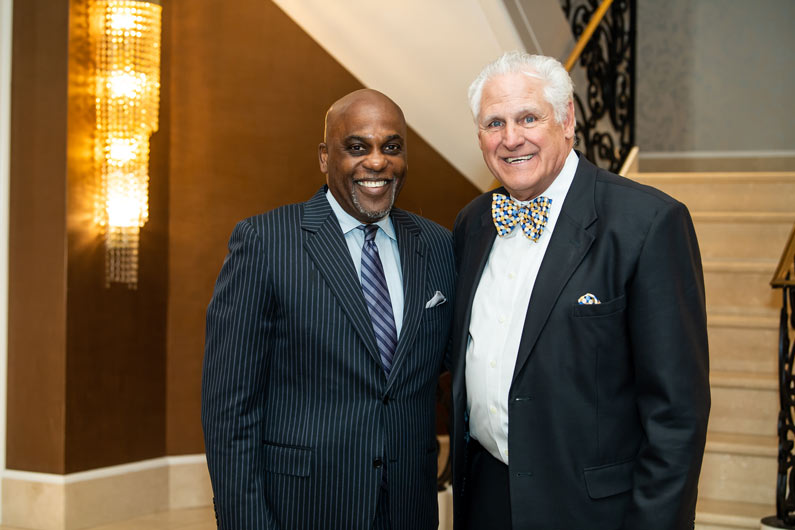 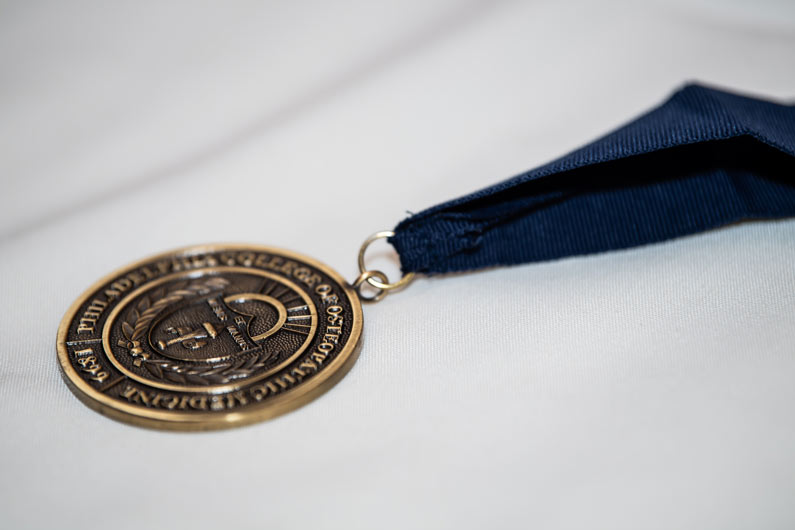 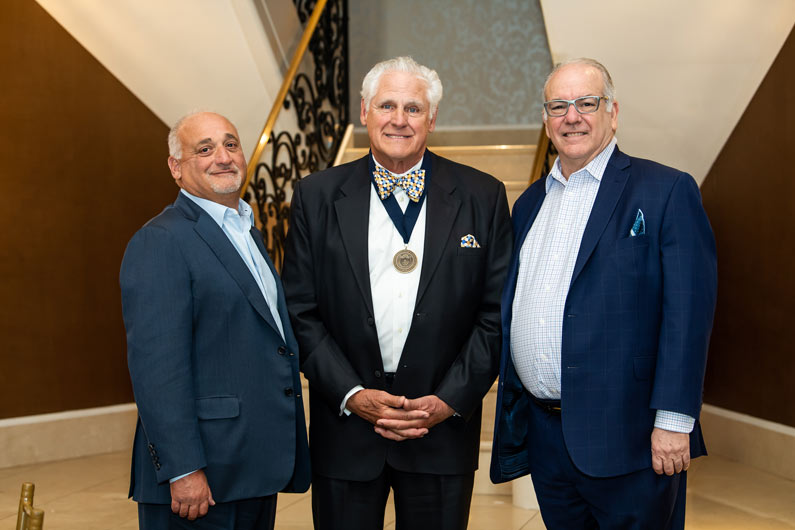 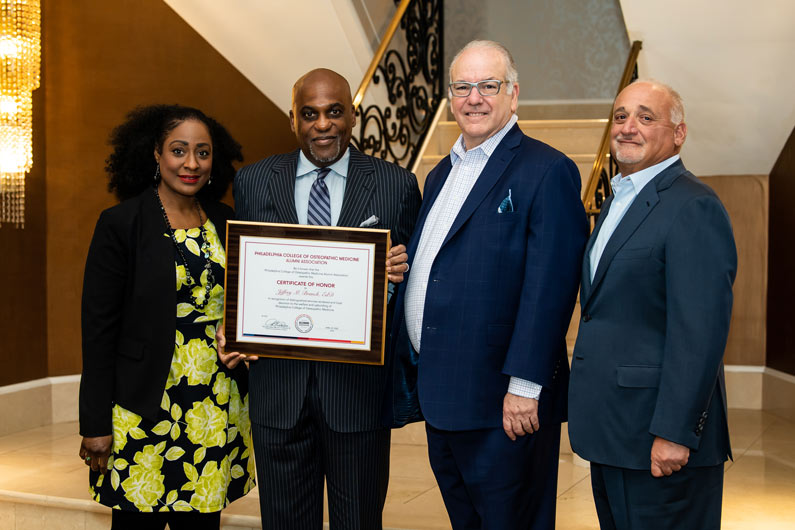 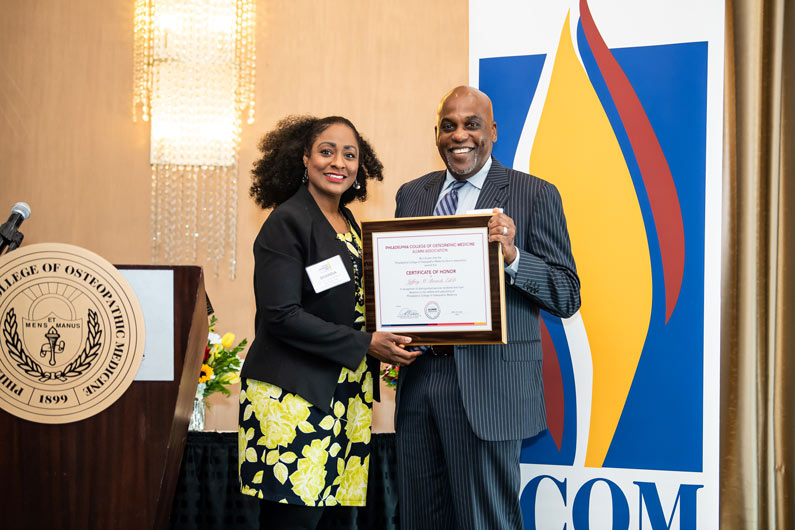 Aspirin was newly developed, a vaccine for the Bubonic plague produced just two years before, and the blood type classification system would be created two years later—though the medical landscape of 1899 was vastly different from today, the legacy of that time endures through institutions like the Philadelphia College of Osteopathic Medicine (PCOM) and the students who pass through its halls each year.

In addition to that years’ other notable events, PCOM opened its doors for the first time through the work of founders Drs. O.J. Snyder and Mason Pressley. On Friday, April 29, the PCOM community came together for the 2022 Founders’ Day ceremony to recognize the College’s inception and honor the legacy of our founders, who sought to bring the osteopathic philosophy of whole-person health care to Philadelphia. The ceremony was live streamed on the College’s YouTube channel.

John P. Kearney, vice chairman, PCOM Board of Trustees, and Jeffrey M. Branch, EdD, chair, Department of Organizational Development and Leadership, were this year’s recipients of the O.J. Snyder Memorial Medal and the Alumni Association Certificate of Honor, respectively. The ceremony celebrated the accomplishments of Mr. Kearney and Dr. Branch, who embody the dedication, loyalty, and service to the College that PCOM’s founders exhibited.

Introduced by Thomas J. Gravina, Chairman, PCOM Board of Trustees, President and CEO Jay S. Feldstein, DO ‘81, offered historical context for the gathering, “Through the vision of Mason Wiley Pressley, DO, and Oscar John Snyder, DO, PCOM’s legacy began,” said Dr. Feldstein.“ They opened the Philadelphia College of Infirmary of Osteopathy in two rooms of an office building… Establishing the nation’s 12th osteopathic college. Today, we honor the legacy of our founders and we celebrate all those who continue to forward the PCOM story.”

Upon receiving his award, Dr. Branch remarked on the experience, “I am humbled by receiving this award,” he said. “I feel honored, I feel grateful that these students are given to us. That we have an opportunity to share our hearts, our spirit, our knowledge with these students.”

In his introduction for John P. Kearney, recipient of the O.J. Snyder Memorial Medal, Dr. Feldstein noted how Mr. Kearney’s relationship with PCOM began, saying, “John’s ties to PCOM date back to the late 1990s, when his eldest son JD enrolled as a student.” “While JD’s dream was to become an osteopathic physician,” he added, “his life was tragically taken during a trip in Arizona. After JD’s passing, PCOM became [John’s] family—a safe place—a source of strength and stability.”

Kearney, a Scranton, Pennsylvania area native who chartered a bus full of supporters to the event, acknowledged in his remarks the many people, including his late wife, Lois, who supported and guided his efforts through the years, saying, “These individuals are very, very special in my life, and I want the whole PCOM family to know them.” He also made special tribute to his beloved late son, JD, and, ever generous and humble, concluded his remarks with a request, “Lois and I have received many honors in our lives together,” he said, “and I believe that Lois should share today in the celebration and the honor of receiving the O.J. Snyder [Memorial Medal] with me because, truly, I do not deserve an award without her.”