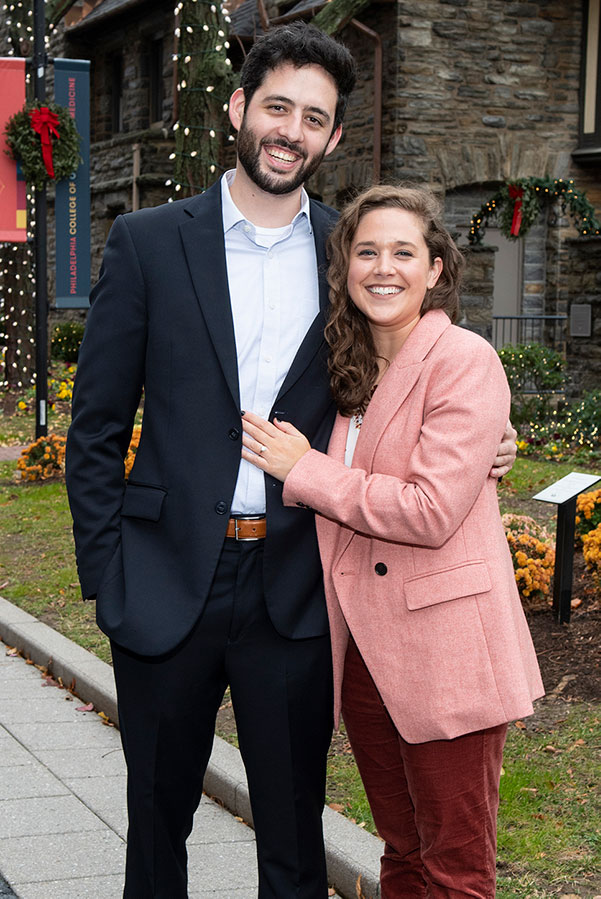 Nicole McAndrew, DO ’20, wasn’t sure she even wanted to go to Philadelphia College of Osteopathic Medicine (PCOM) when she and Anthony Guillorn, DO ’20, ran into each other in the spring of 2015. The two Scranton, PA, area natives had first met in January of that year at their medical school interviews and had connected over their shared regional ties.

Nicole is from Archbald, a suburb of Scranton about eight miles northeast of downtown, and Anthony from Old Forge, about five miles to the southwest. Nicole and Anthony both attended Scranton Prep and graduated two years apart in 2012 and 2010, respectively. Nicole stayed in the area, earning her undergraduate degree in biochemistry from the University of Scranton. Anthony headed south to Loyola University Maryland, graduating with a degree in biology, before returning home for his Master’s Degree in Biomedical Science from The Commonwealth Medical College.

Despite their close proximity all those years, the two had never crossed paths – until that day in January. Kevin Zajac, assistant director of admissions at PCOM, called out Nicole and Anthony’s connection to Scranton, asking them to name their favorite pizza shop. Anthony’s hometown of Old Forge claims to be the “Pizza Capital of the World” and pizza shop loyalty runs deep in the region, so everyone has a favorite. Zajac, for his part, has fond memories of the pair, “Anthony and Nicole were always willing to help me and the other members of the Admissions team and are two amazing people,” he shared. “Even if Anthony is an Old Forge pizza fan.”

The two returned home following their interviews, but happened to run into each other that spring. As they caught up, Anthony wondered whether Nicole had made a decision on attending PCOM in the fall. “I remember asking, and hoping, she had decided to go to PCOM,” he shared. “At that point, though, she was 50/50 while I knew I would definitely be going.” As the conversation ended, they split up not knowing whether they would see each other again.

As summer rolled into fall, Anthony moved into his apartment in Philadelphia, just days prior to orientation at PCOM. The class of 2020 gathered to kick off the start of their medical school journey and fortuitously, Nicole and Anthony’s paths crossed again. The two got to talking, ended up spending all of orientation week together, started dating and have been together ever since.

Now graduates working as medical residents, the pair maintain busy schedules. When Anthony decided he would ask Nicole to marry him, he knew the best place to continue their journey together would be where it started – the PCOM Admissions Office. 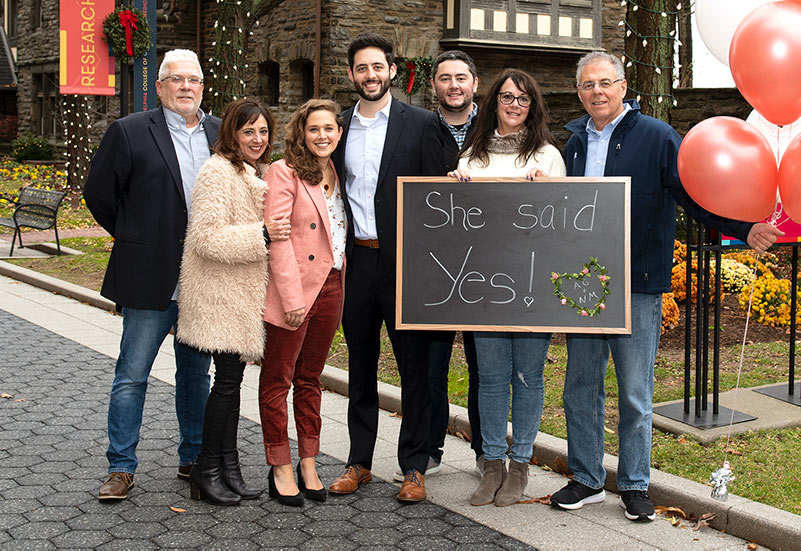 Working with PCOM staff to coordinate, he scheduled the big day for Saturday, December 11, with Nicole being invited for what she thought was an interview for Digest Magazine. Balloons, flowers, a “She said yes!” sign, and a gift basket for the couple from President and CEO Jay S. Feldstein, DO ’81, set the stage. As she arrived, Nicole was surprised to see Anthony and the couple’s families. “What is he doing here?” she exclaimed. Anthony smiled at her, held her hands, and recounted the couple’s journey before dropping to one knee, asking, “Nicole, will you marry me?” She enthusiastically said, “Yes!”

Now engaged, the couple will continue their residencies while working to schedule a date for the wedding.