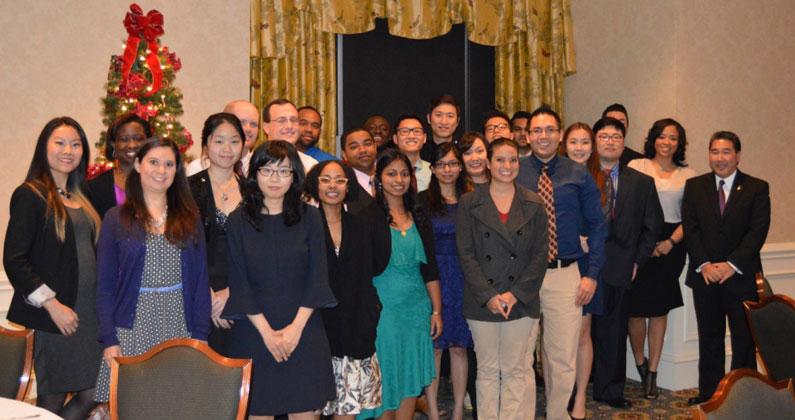 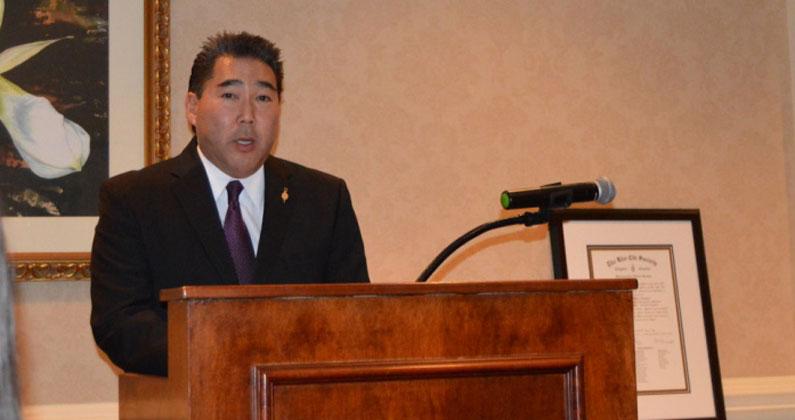 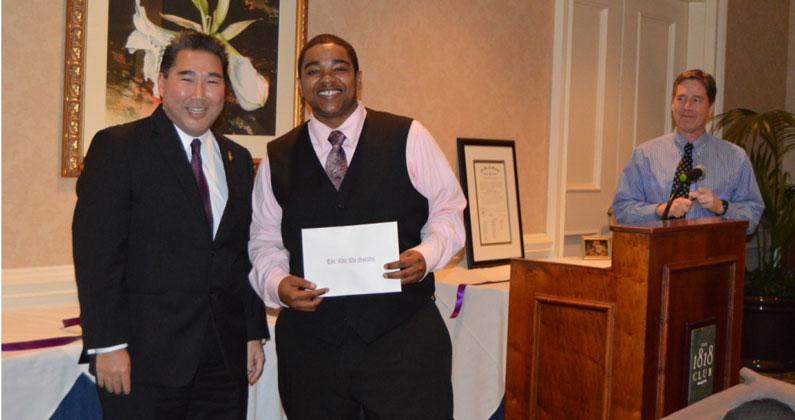 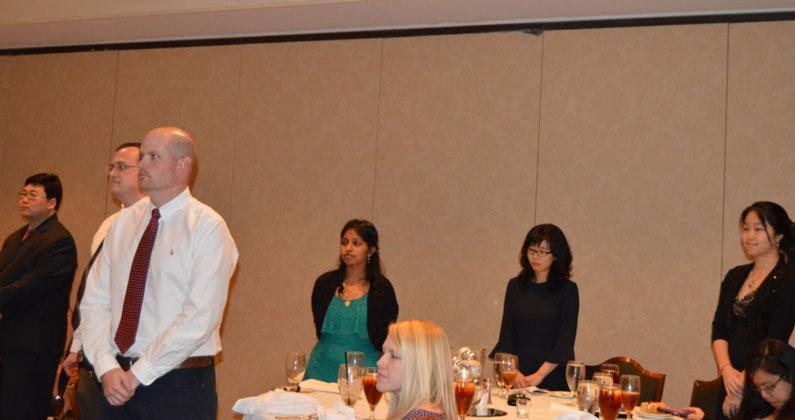 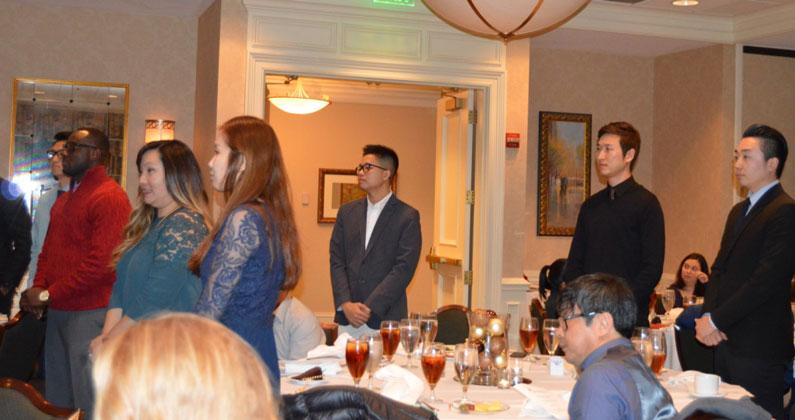 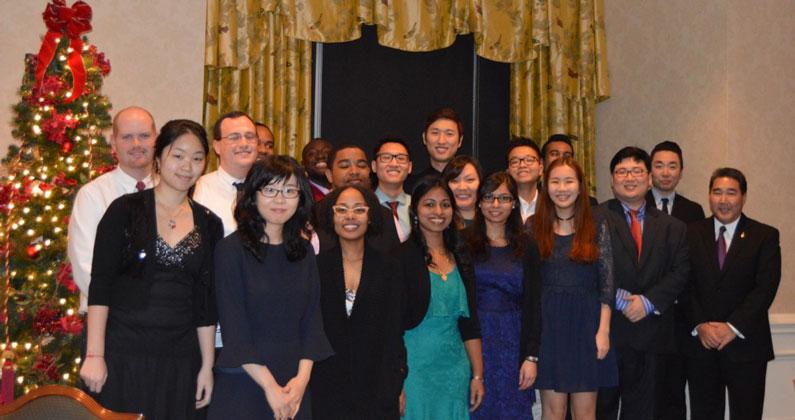 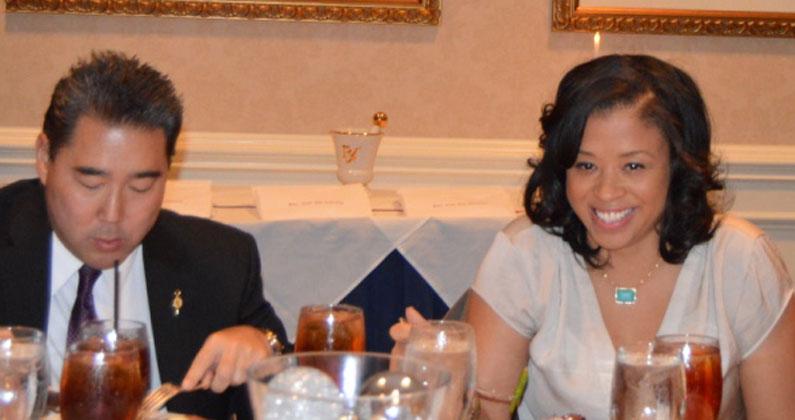 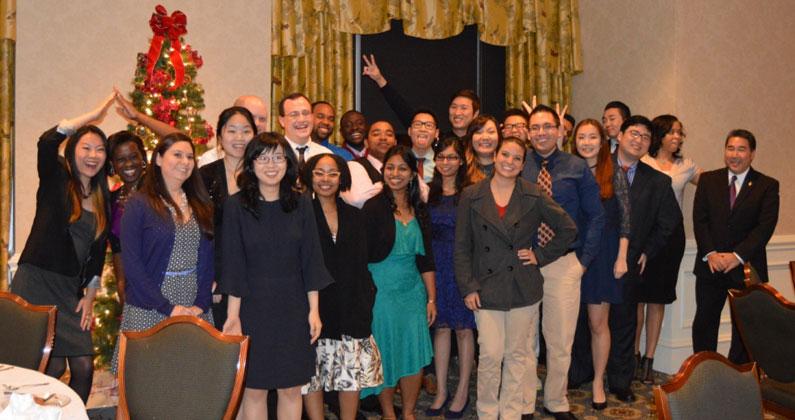 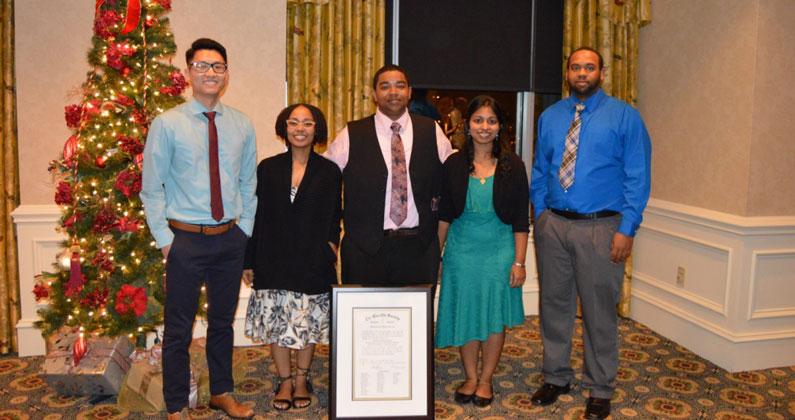 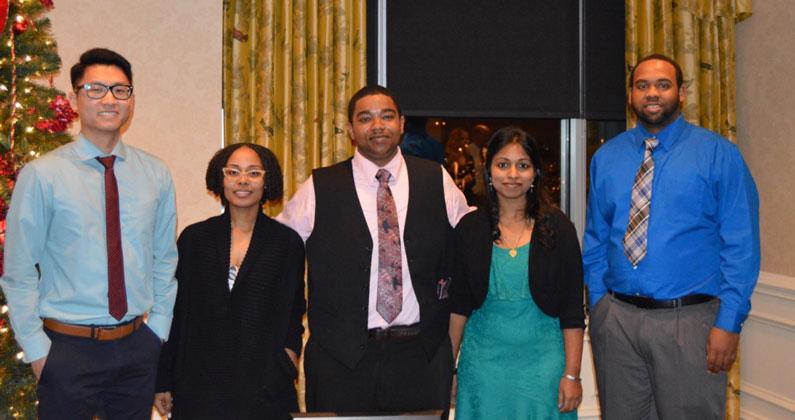 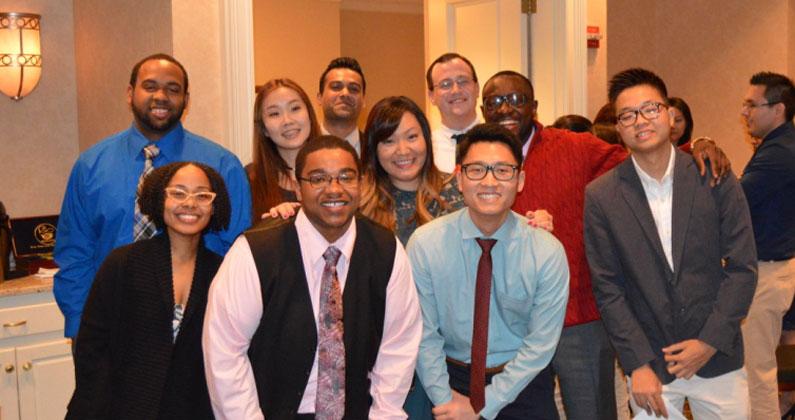 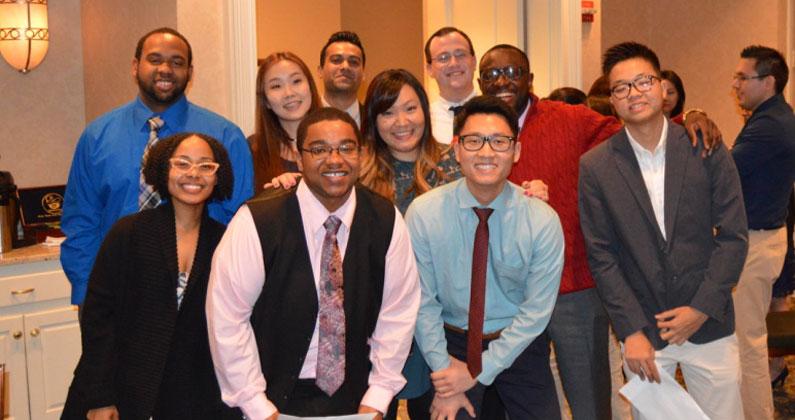 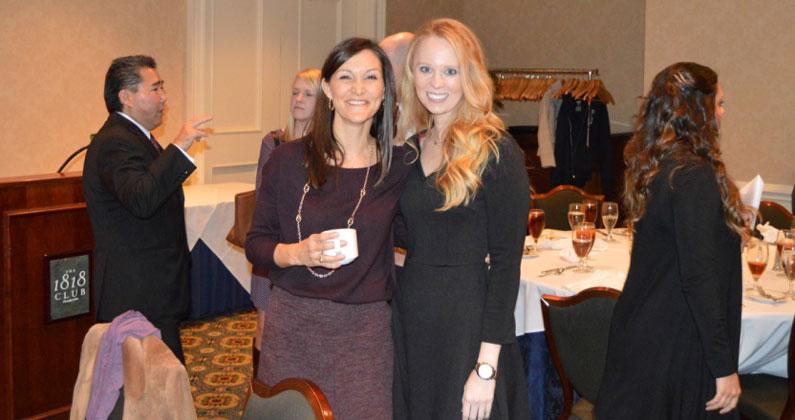 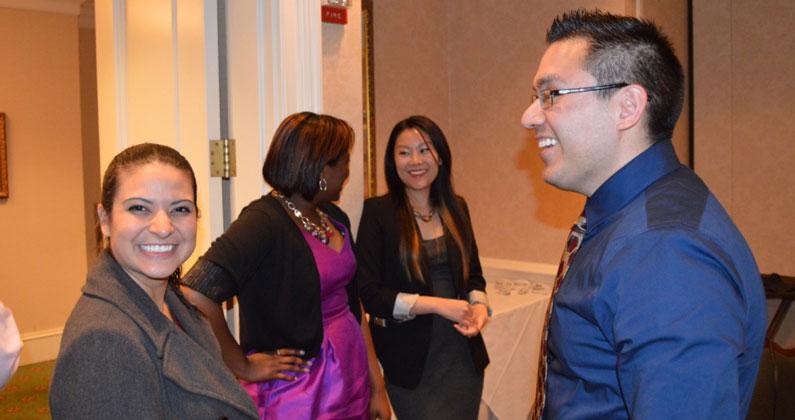 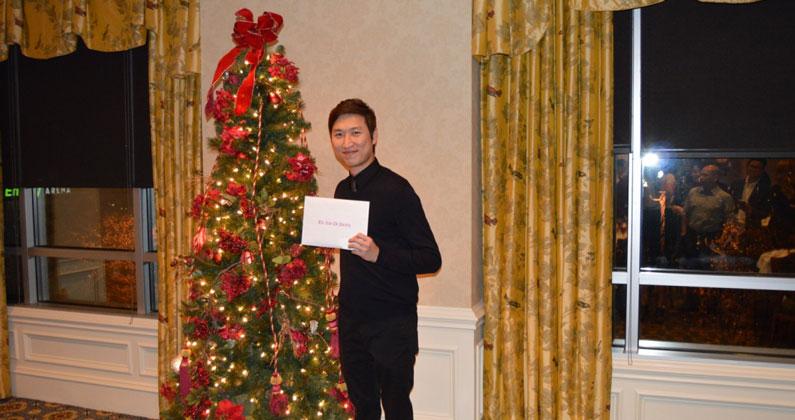 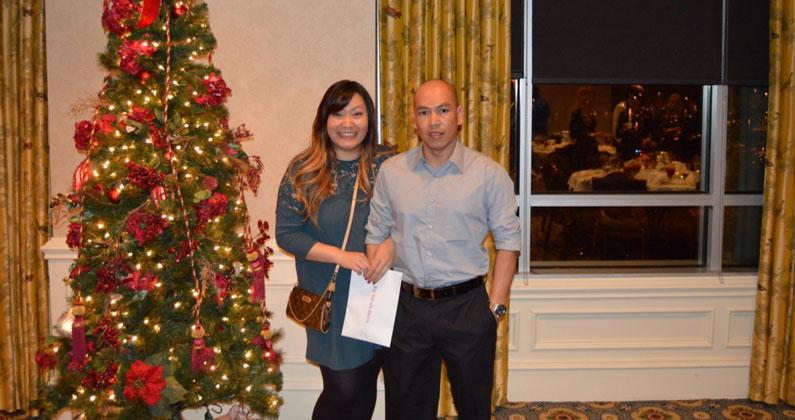 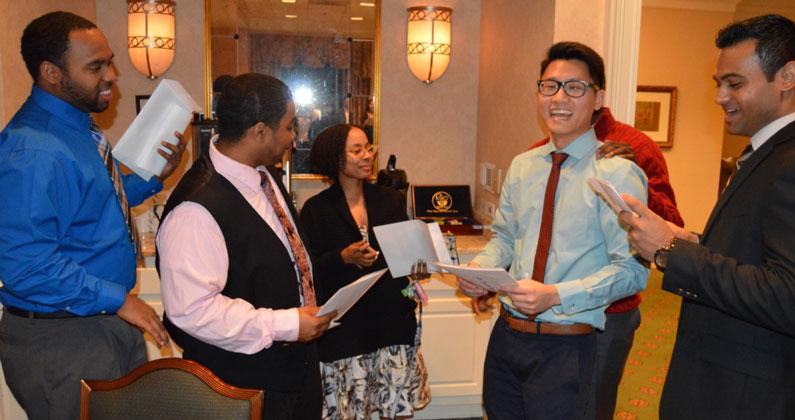 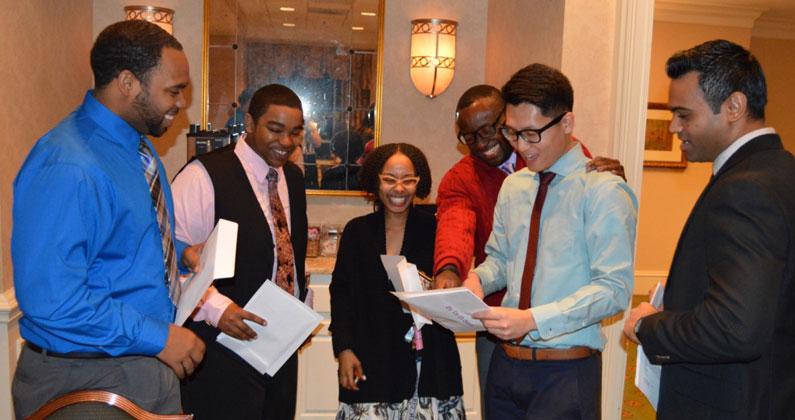 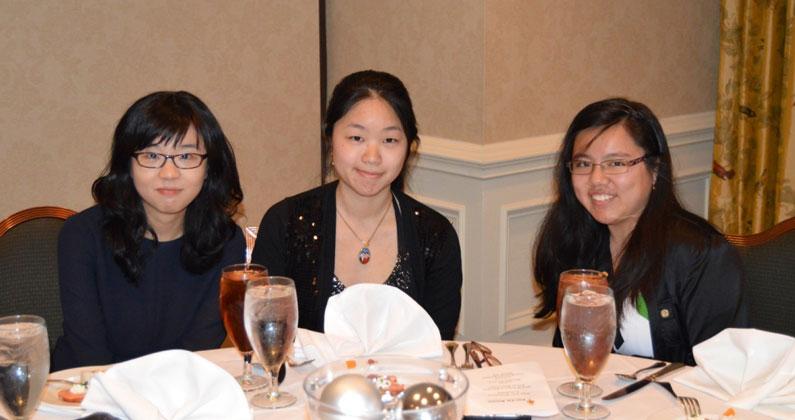 On Dec. 16, the PCOM Epsilon Delta Chapter of Rho Chi—the pharmacy honor society—held an initiation ceremony at the 1818 Club in Duluth.

The event honored the 18 new initiates from the Class of 2017 into Rho Chi. Dr. Mark Okamoto, the chapter advisor, spoke to the history, tradition, purpose and principles of Rho Chi to the new members. Also in attendance were current members of Rho Chi from the Class of 2016, as well as faculty who are Rho Chi members. The new members received the Rho Chi pin, a signed membership certificate and a letter from the Rho Chi National President as part of the ceremony.