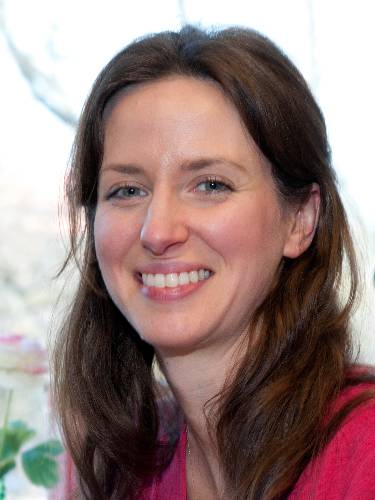 Dr. Claeson works with medical students pursuing their doctor of osteopathic medicine (DO) degree, as well as allied health professionals pursing advanced degrees in physical therapy and physician assistant studies. She also supervises graduate students pursuing master's degrees in biomedical sciences. Her lectures discuss clinically relevant anatomy of the human head, neck, thorax, abdomen, and pelvis, taking into account both the developmental and evolutionary history of the human body. She continues to use hands-on, problem based learning with students in the laboratory setting to guide students through anatomical dissections.

Dr. Claeson maintains four active areas of research in which students and volunteers at PCOM may participate in her lab; 1) Comparative Vertebrate Anatomy, 2) Variation in Human Anatomy, 3) Paleontology and Evolutionary Biology, and most recently 4) Collaborative work with Osteopathic Physicians. Tools and data types include histology, radiography, computed tomography, dissection, photography, illustration, and extensive literature reviews. Independent projects are encouraged that seek to answer questions about vertebrate form and function. Thus, if you have a desire to study a particular system or organism, she will work with you to develop a project.