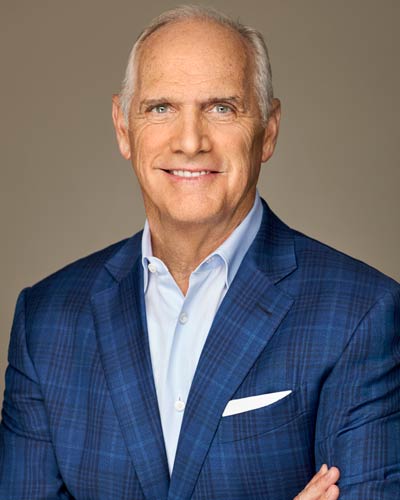 “We are excited to welcome Dan Hilferty to speak to our graduating osteopathic medical students, to share his years of experience in the health care industry and his vision for its future,” said Jay S. Feldstein, DO ’81, president and CEO of PCOM.

Mr. Hilferty is chief executive officer of Independence Health Group, parent of Independence Blue Cross, one of the nation’s leading health insurers. Since he took on that role in 2010, the company has tripled in size, expanding through its affiliates to 27 states and the District of Columbia, and serving 8.2 million people nationwide.

Mr. Hilferty is the chair of the board of directors for the Chamber of Commerce for Greater Philadelphia, and he serves on the executive committee of America’s Health Insurance Plans. In addition, he is a member of the boards of directors for Aqua America, where he is also the lead independent director, and FS Investment Corporation III. He is the immediate past chair of the board of directors of the Blue Cross Blue Shield Association. In 2015, he served as co-chair on the executive leadership cabinet of the World Meeting of Families which brought Pope Francis to Philadelphia.

The 2019 DO commencement ceremony will be held Friday, May 24, 2019 at 10 am at the Kimmel Center. At the ceremony, Mr. Hilferty will receive an Honorary Doctor of Laws degree.