“Would it surprise you to know I wasn’t aware it had never been done before?” 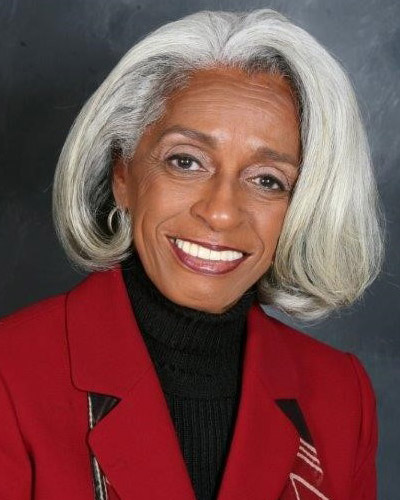 Barbara Ross-Lee, DO, a nationally-recognized expert on health policy and the first African American woman to serve as dean of a U.S. medical school, began her conversation with Philadelphia College of Osteopathic Medicine (PCOM) students, faculty, staff and alumni on September 24 with this reflection on the historic nature of her achievement. Dr. Ross-Lee was invited for a virtual fireside chat titled “Celebrating Dr. Meta Christy: An Interview with Dr. Barbara Ross-Lee” honoring Meta Christy, DO, a PCOM graduate and the nation’s first African American osteopathic physician.

To commemorate the anniversary of Dr. Christy’s graduation, PCOM is embarking on a year-long celebration of her life and the College’s steadfast commitment to diversity and inclusion for over a century with programs such as the one with Dr. Ross-Lee. In the hour-long discussion with Dr. Ross-Lee, led by PCOM student and national president of the Student National Medical Association Chantel Thompson, DO ’22, the two discussed the challenges faced by early pioneers in the field such as Dr. Christy and what the future of medical education might look like.

“It took 50 years from the time that Dr. Christy graduated until we had the next black female osteopathic physician,” said Dr. Ross-Lee, citing the slow history of progress for women and minorities in the field. She was, however, hopeful that change would come through the next generation of physicians at PCOM and other osteopathic medical schools in the country, offering this advice: “You absolutely have to own the space where you are and make the changes in that space. And when you go to a new space, own that space. And when you go to the next space, own that space.”

“Own your piece of the solution,” she added.

In addition to programming honoring Dr. Christy, PCOM’s Board of Trustees recently voted to rename Overmont House, currently being converted into an apartment complex, as the Meta Christy House. A ribbon cutting ceremony will be held at the completion of the building’s renovation. PCOM will also unveil a portrait of Dr. Christy which will be displayed at the entrance of the Meta Christy House. Duplicate copies of this portrait will be displayed on the PCOM Georgia and PCOM South Georgia campuses.