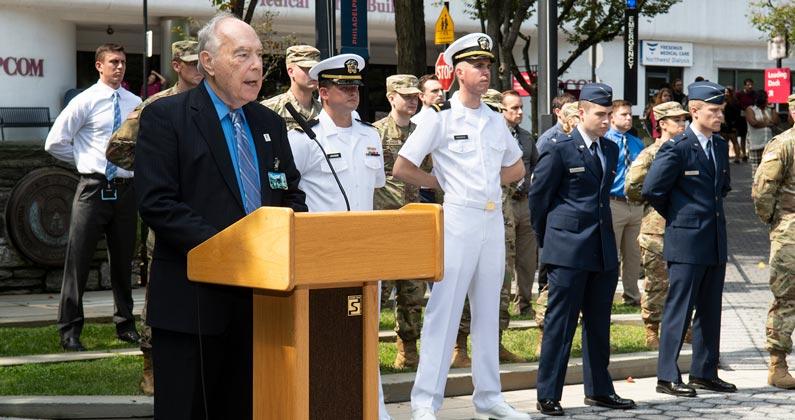 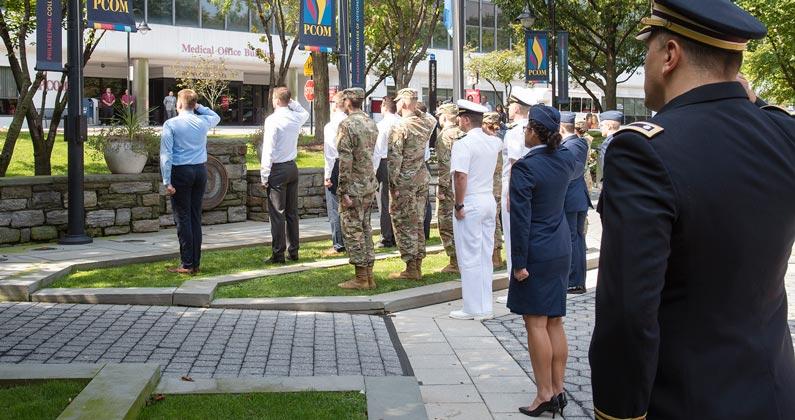 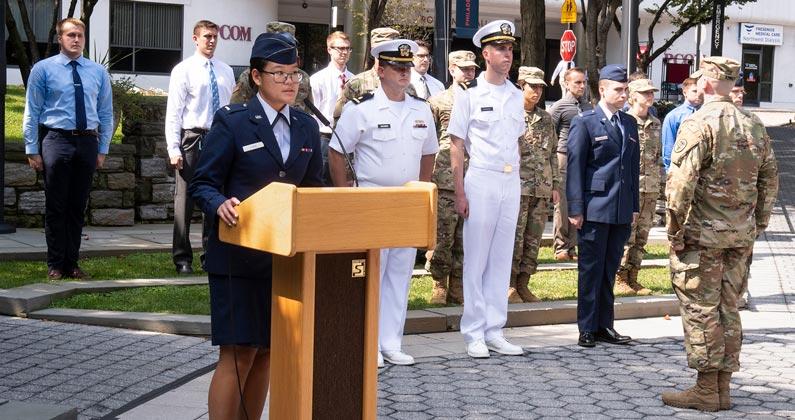 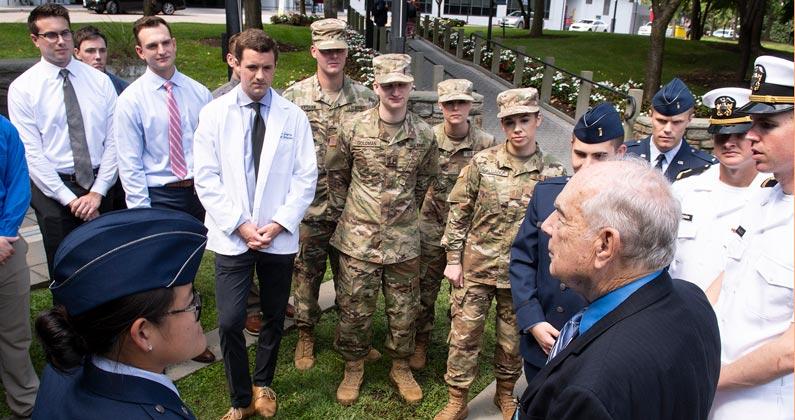 The PCOM chapter of the Student Association of Military Osteopathic Physicians and Surgeons
(SAMOPS) hosted the remembrance ceremony.

The Philadelphia College of Osteopathic Medicine (PCOM) chapter of the Student Association of Military Osteopathic Physicians and Surgeons (SAMOPS) hosted a remembrance ceremony for September 11, honoring the lives lost in the largest terror attacks on US soil.

Julie Ford (DO ’22) a second lieutenant in the Air Force, opened the ceremony. “We’re gathered here today to honor the memory of the lives lost 18 years ago,” she said. “We pause to remember the servicemen and women, the first responders, the friends, the fathers, the mothers, brothers and sisters who lost their lives that day. [And] we honor the heroes who ran toward the wounded, and not away from danger.”

The day’s distinguished speaker, PCOM Trustee James H. Black, DO ’62, served in the Navy in numerous capacities including flight surgeon, force medical officer and supreme allied commander. After a distinguished career, he retired in 1998 as a rear admiral. Dr. Black reflected on Sept. 11, and how it had changed American life in the years since.

“We went to war to get rid of the terrorist groups like the Taliban and Al Qaeda, and we’re still fighting that war 18 years later,” he said. “It’s incumbent upon all of us to remember the events of Sept. 11, and the nearly 3,000 people who lost their lives that day and the families that they left behind.”

Dr. Black also praised the many alumni who serve in the military, whom he noted were working to keep an event such as those on Sept. 11 from ever happening again.

“We currently have PCOM graduates serving in the military throughout the world—I’ve had the honor to commission many of them, and am extremely proud of our graduates,” he said.

SAMOPS includes students who are officers in the military and after graduating, will serve as physicians in active duty.