A crowd of students, faculty and staff gathered in the courtyard in front of Evans Hall recently for a memorial ceremony to remember those lost during the Sept. 11 terrorist attacks. The PCOM Pulmonics opened the ceremony with a short musical selection, and the crowd was addressed by Kenneth Veit, DO ’76, MBA, provost, senior vice president for academic affairs and dean; Kara Gallagher (DO ’19) and alumnus John Chovanes, DO ’00, who thanked the crowd for their time and attention, and stressed the need to remember those who gave their lives to save others on that day and those in the military who continue to defend the country.

“When you’re drinking the water, don’t forget who dug the well,” he said.

Dr. Chovanes was on the front lines of the disaster in the days following the terrorist attacks; in the rubble of the World Trade Center, he helped rescue a Port Authority policeman who had been trapped for more than 10 hours. Dr. Chovanes also serves as a major in the U.S. Army Reserve Medical Corps, and has completed several tours at combat support hospitals in Iraq and Afghanistan.

The event was hosted by the PCOM chapter of the Association of Military Osteopathic Physicians and Surgeons. 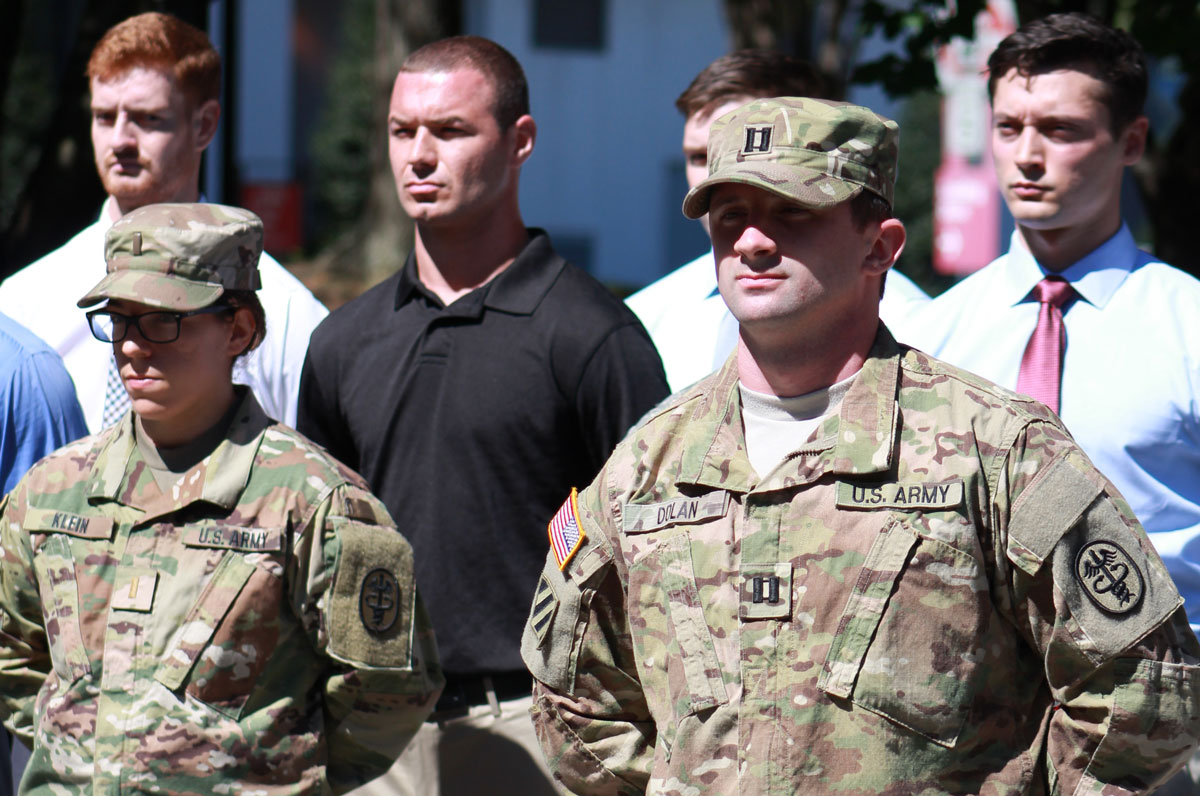 Students, faculty and staff recently gathered for a memorial ceremony to remember those lost during the Sept. 11 terrorist attacks. Photo credit: Elizabeth Ciccocioppo (DO '20)