Patient Thanks Professor for Saving Her Life 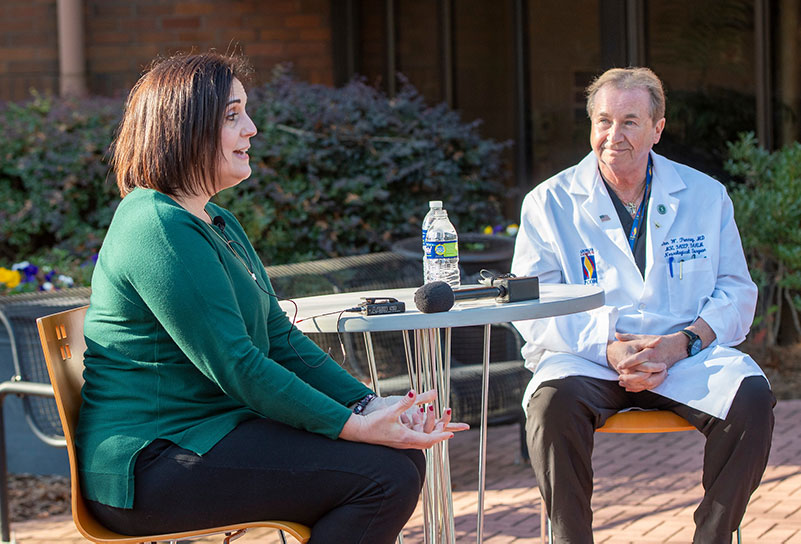 Donald Penney, MD, MsC, FACEP, a clinical professor of emergency medicine who was recently appointed chair of the Department of Clinical Education at PCOM Georgia, experienced an incredible gift just before the holidays. A former patient, who says he saved her life some 27 years ago, reached out to thank him.

The reunion between Dr. Penney and Rachelle Broom, RN, MSN, a nurse at Northeast Georgia Medical Center who is studying to be a family nurse practitioner at Brenau University, was made possible through a mutual friend. Renee Himmelbaum, DO, a clinical assistant professor of pediatrics at PCOM Georgia and a practicing pediatrician in Gwinnett, introduced the two medical professionals through email. Dr. Himmelbaum, who graduated from PCOM Georgia, is a former student of Dr. Penney’s and now a colleague.

The physician/patient story began in 1994. Following a high school football game, 18-year-old Broom, a senior at Norcross High School, was riding in the backseat of a Bronco 2 with her boyfriend, Brian Watkins, 19. Neither were wearing seatbelts. In a matter of seconds, the driver overcorrected as the SUV ran off the road. The vehicle flipped and the couple was ejected. Watkins was later pronounced brain dead at the hospital. Broom survived with multiple injuries to her right side, including a head injury.

Penney was on call that night. Recruited to Gwinnett Medical Center in Lawrenceville (now Northside Hospital Gwinnett), in 1993 as the second neurosurgeon for fast-growing Gwinnett County, Penney evaluated the situation. He recalls that Broom had a life-threatening brain hemorrhage. He discussed the situation with Broom’s mother and received permission to perform a craniotomy.

He said, “Obviously the surgery had a good outcome. It changed Rachelle’s life and I’m honored to be here. It’s humbling for me,” he said, acknowledging the gifts he believes he’s been given. 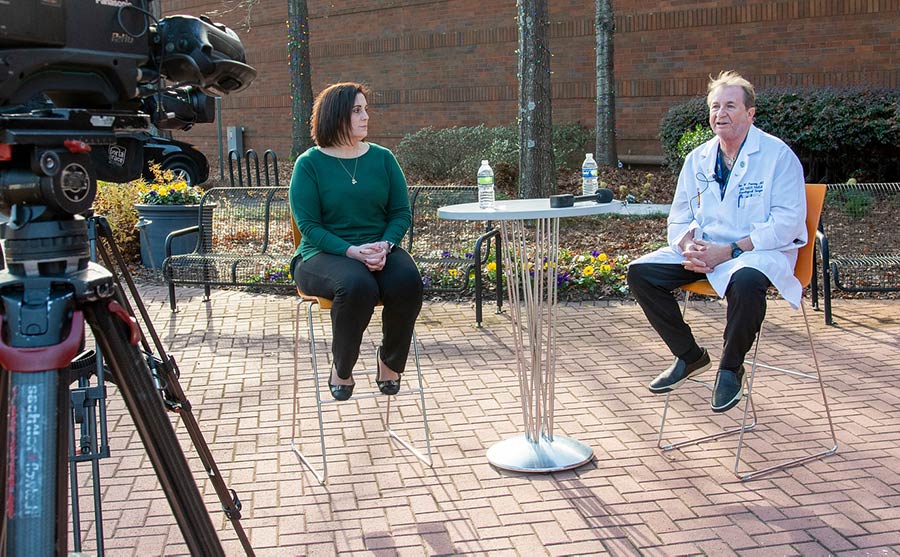 He noted, “As a neurosurgeon for over 30 years, it’s not like you have this experience often. With more than 1,000 procedures during my career, only two to three former patients have contacted me.”

Penney grew up in Toronto, Canada, and trained at McGill University in Montreal. He honed his skills at Cook County Hospital’s level one trauma center in Chicago (now known as the John H. Stroger, Jr Hospital of Cook County), which is well known for trauma management.

Penney worked as a neurosurgeon in Gwinnett for 20 years before moving to Casper, Wyoming, to work in a trauma center. His family, including his wife, Line, and his youngest daughter, Dawn, made the decision to return to Gwinnett in 2016 and he accepted a teaching position at PCOM Georgia. Dawn Penney (DO ’23) is now a member of the PCOM Georgia DO class of 2023. 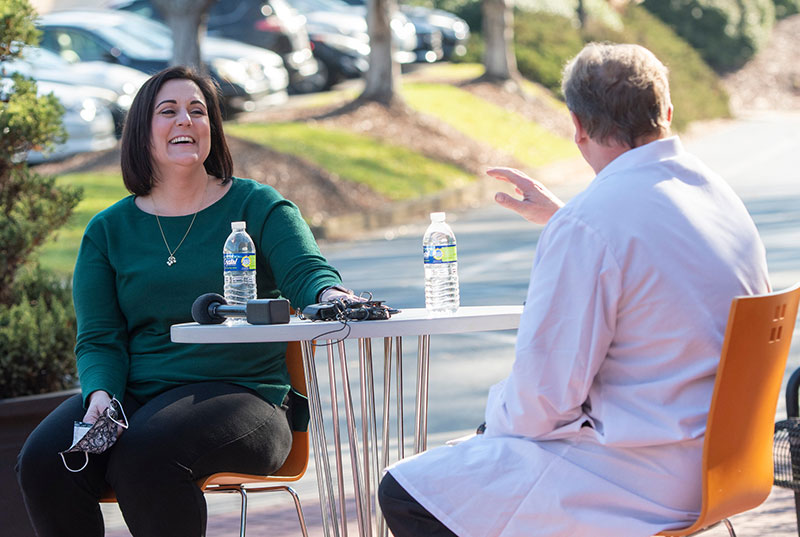 Broom credits the accident with launching her interest in health care and a nursing career. The first person in her family to graduate from college, she earned an RN in 2003, and a master’s degree in nursing from the University of South Alabama in 2012.

She worked in a variety of nursing settings and states before returning to Georgia in 2015 to work at Gwinnett Medical Center. Coming full circle, she knew for many years that she wanted to thank Dr. Penney for saving her life. It took seven years, some internet research, and a serendipitous friendship for the meeting to occur.

The in-person reunion took place outside in front of the main PCOM Georgia building so the two medical professionals could talk without wearing masks due to COVID-19. Broom’s fiancé, Ryan Gilmore, accompanied Broom.

A new year will begin soon and a new relationship has formed. The meeting between the nurse and the physician may prove fruitful for Penney’s students who learn through their teachers’ experiences and for those less fortunate. Penney organizes medical mission trips and asked Broom if she and Gilmore would like to accompany the next team. They are ready.

The tragedy some 27 years ago has a happy outcome – for Dr. Penney, for Rachelle Broom, for the medical students at PCOM Georgia, and potentially for those in need. As novelist Frank Herbert, wrote, “There is no real ending. It’s just the place where you stop the story.”

Thanks to this special reunion, their story may continue beyond what these two healthcare professionals can even imagine.