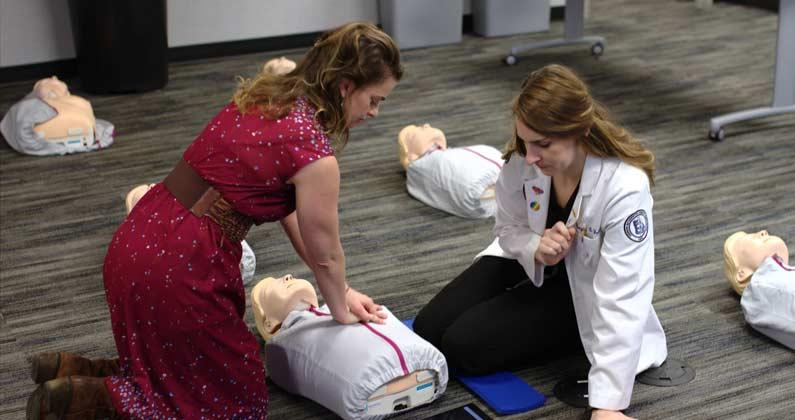 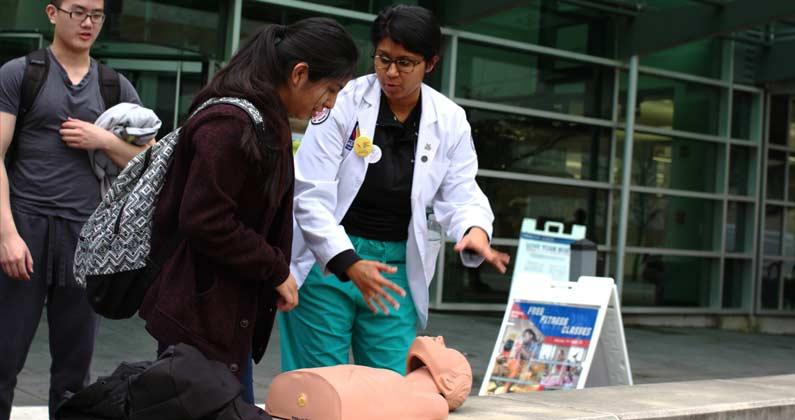 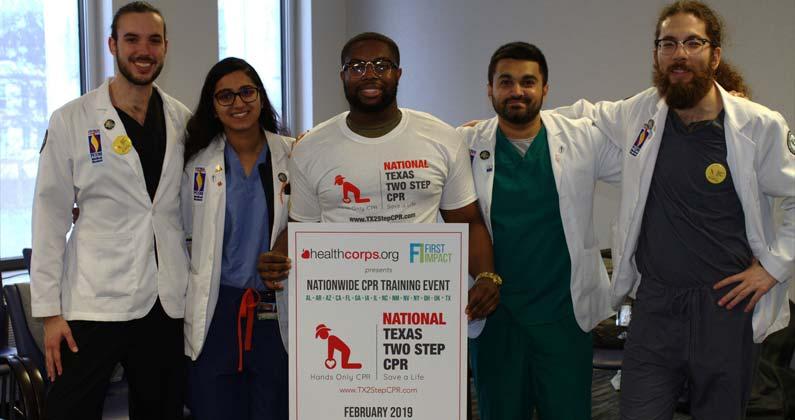 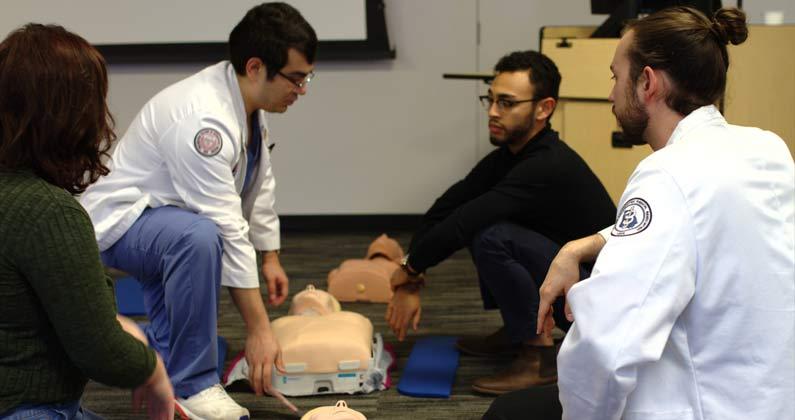 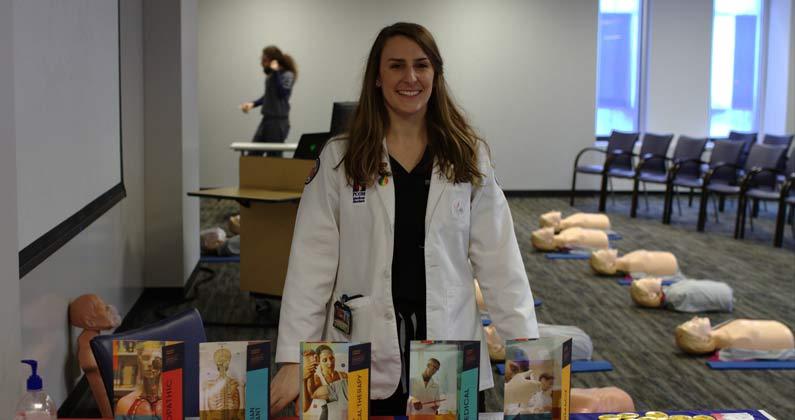 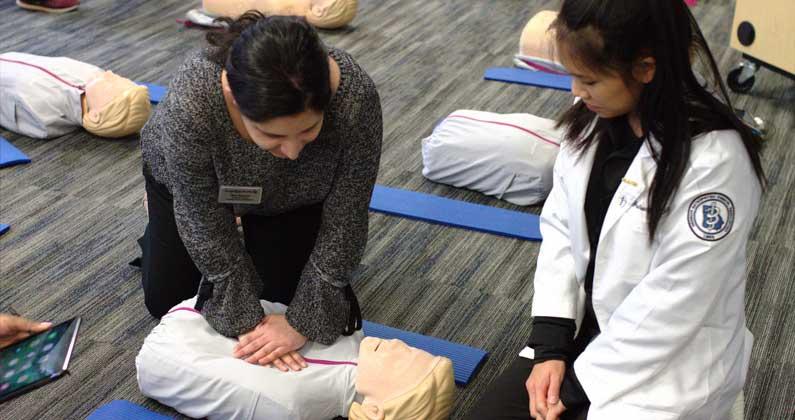 PCOM Georgia students taught the life-saving technique to undergraduates at Georgia State University as part of a national event.

Thanks to the leadership of PCOM Georgia medical student, Zachary McConnell (DO ’21) and a team of 11 second year doctor of osteopathic medicine (DO) students, the National Texas Two Step, a life-saving technique, not a country-western dance or a type of lottery drawing, made its way to Georgia last weekend and 137 volunteers were trained in this CPR technique.

National Texas Two Step CPR is an annual event aimed at engaging the public and educating them on the benefits of compressions-only/hands-only CPR. Since inception, this project has trained more than 18,500 in proper compressions-only CPR technique, with the help of 700 medical students each year.

As the name implies, National Texas Two Step CPR consists of two steps: 1) Call 911 and 2) Push hard and fast in the center of the chest until help arrives.

Student doctor McConnell, the DO class of 2021 representative and PCOM Georgia’s student community service liaison, led the effort to bring this CPR event to the campus of Georgia State University this year. Funded by a $500 grant from the PCOM Georgia Student Government Association, in addition to other funding, the effort also involved 15 undergraduate volunteers from Georgia State’s pre-health departments.

McConnell said, “Our team was able to train Georgia State students at their downtown campus, while educating the student body about the osteopathic philosophy.”

He thanked the PCOM Georgia Simulation Center staff members for making the event possible. “Our project would have never gotten off the ground if it wasn’t for the PCOM Georgia equipment and expertise of Director of Simulation Jeff Adams and his team. For the two years that the event has been held in Georgia, they have personally escorted our CPR mannequins to and from the sites, and assisted with live feedback and demonstrations. We couldn’t have done it without them.”

McConnell explained why he decided to become involved in the National Texas Two Step CPR campaign. “I personally felt compelled to participate as a responsibility to both my community and my school. I wanted to demonstrate the standard of excellence we at PCOM Georgia pursue every day and to channel my energy into a positive force within our communities by enabling the public to take control in a life or death scenario.”

In 2018, McConnell explained, this stream-lined form of CPR made its debut in Georgia at Northlake Mall where 176 people were trained. PCOM Georgia students initially became aware of the opportunity after the Two Step’s student board of directors reached out to the campus for help.

McConnell said, “Seeing an opportunity to participate on a national platform focused on public outreach, I volunteered last year to become committee chair for our campus and have been steering our events with the help of my committee ever since.”

McConnell has expanded his responsibilities and now serves on the national student board of directors as the analytics coordinator, managing the data collected for more than 5,000 surveys completed by the 2019 trainees across the country. He said that this year, the student board hosted events in 15 states including Alabama, Arizona, Arkansas, California, Florida, Georgia, Illinois, Iowa, Nevada, New Mexico, New York, North Carolina, Ohio, Oklahoma and Texas.

“We are excited to continue expanding across the country in the years to come,” he said.

“I strongly believe that education is the solution to any and all problems, and when faced with the staggering number of cardiac-related deaths in this country, the only option is to equip any willing set of hands with the ability to potentially save a life,” he added.