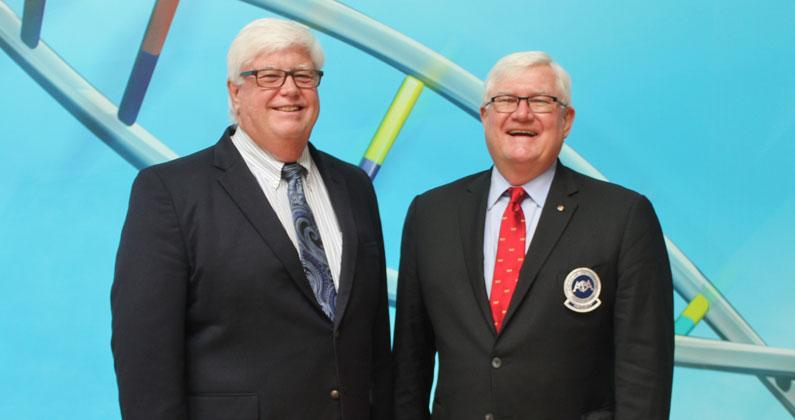 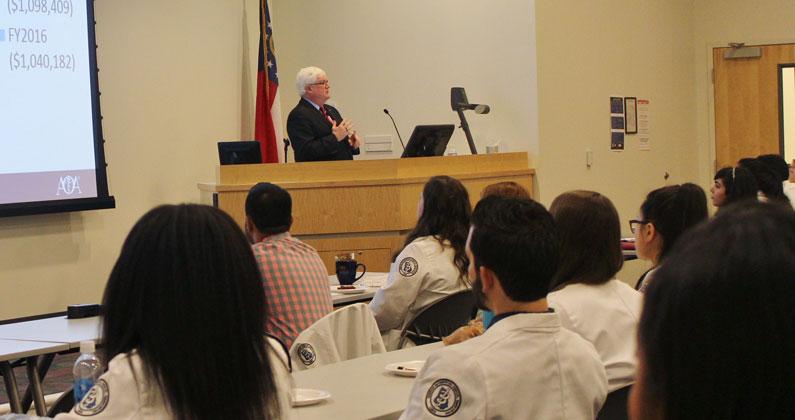 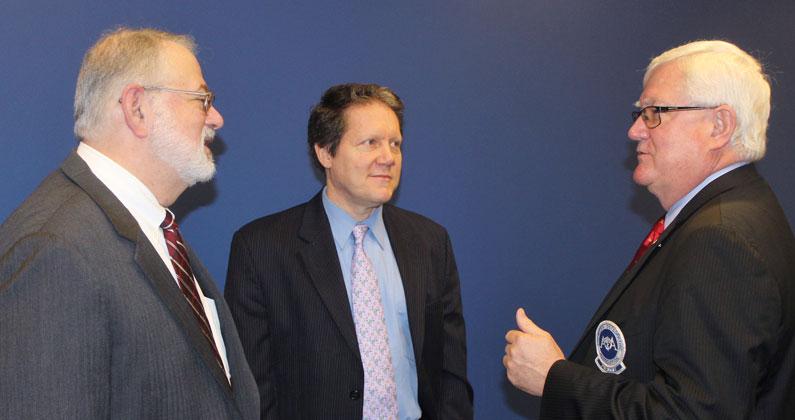 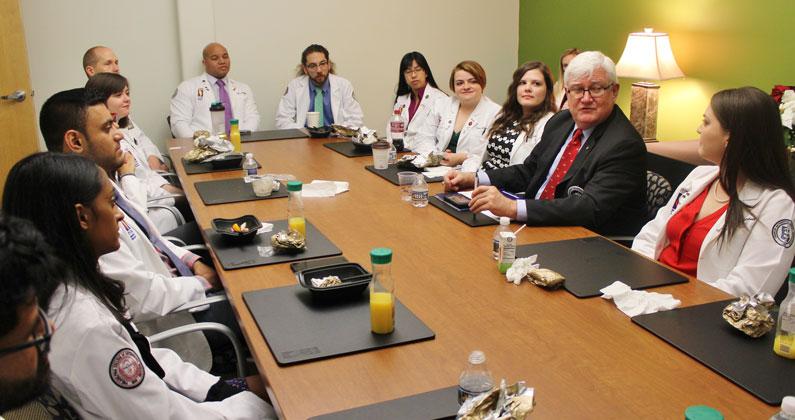 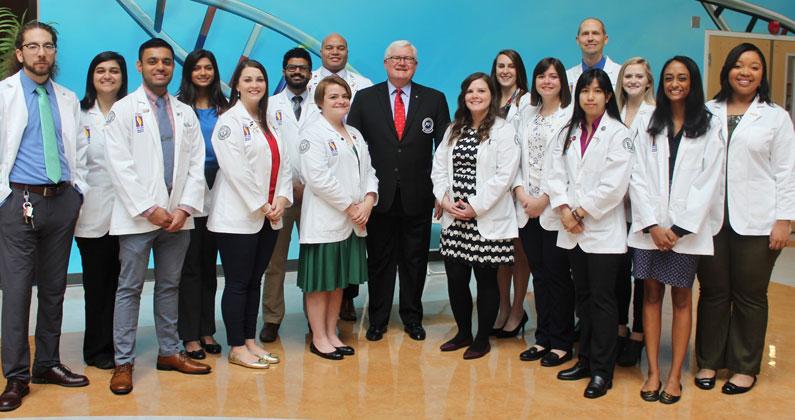 The growth of the Doctor of Osteopathic Medicine (DO) profession is staggering, according to statistics presented by American Osteopathic Association (AOA) President Mark Baker, DO, at a student luncheon held at Georgia Campus – Philadelphia College of Osteopathic Medicine (GA-PCOM) in Suwanee yesterday. He noted that today there are more than 130,000 DO students and physicians in the United States. With 5,000 DO students graduating each year, he said in about seven years DOs will make up 20 percent of the physician workforce with 54 percent of them under the age of 45 and 46 percent female.

Donning sunglasses, he said, “Your future is very, very bright!”

Dr. Baker discussed the transition to a single accreditation system for residency programs which means, by the year 2020, all osteopathic and allopathic medical students will participate in the same residency matching program through the Accreditation Council for Graduate Medical Education. “Your opportunities are increasing,” he said.

At the breakfast meeting, leadership was discussed. Saying “yes” led to his current position, Dr. Baker explained. “Although we have three generations of DOs in our family and I felt I should give back, it was not my goal to be president of the AOA,” he said.

Not having held a leadership position in medical school, Dr. Baker said his path to the AOA presidency began from a position at the Texas Osteopathic Medical Association. “Somebody will give you a simple job. Do it to the best of your ability and it will be noticed.”