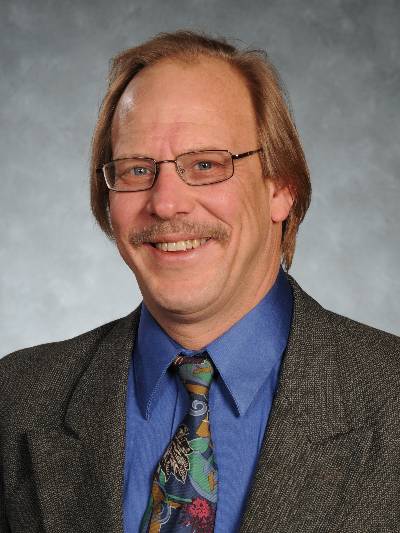 Lindon H. Young is the director of the pharmacology course in the Master of Science in Biomedical Sciences program and teaches in selected courses in the DO program at PCOM.

Dr. Young specializes in the area of cardiovascular pharmacology and has mentored numerous MS, DO/PhD students and residents from 2002 to present on various research projects that range from cellular based assays to human studies.

Dr. Young’s training has helped our students accomplish educational and research objectives, and continues to strive to improve the quality of teaching and mentorship to our Biomedical Sciences and DO students to pass standardized tests (e.g. Medical board exams) by having an integrative session that requires class participation via the use of the “clicker” system. Such a system enables us to immediately evaluate the classroom’s understanding of the pharmacology material. This system has proven to be effective and the classroom appears to enjoy the presentation of the material.

Dr. Young has also mentored PCOM residents that have been hired as clinical research associates in our myocardial I/R drug development program.

Dr. Young is a Research Investigator at PCOM who has conducted research related to myocardial ischemia-reperfusion (I/R) injury and to evaluate mechanisms related to oxidative stress that initiate I/R injury. Such research would have clinical value to heart attack and coronary bypass patients where limited pharmacological intervention is available. He received his postdoctoral training in the laboratories of Drs. Margaret Weis and Allan Lefer where he conducted research related to myocardial I/R injury.

Thereafter, Dr. Young started his academic research career at PCOM in 2002. The first study was conducted using a broad-spectrum protein kinase C (PKC) inhibitor, Gö6983, which was shown to increase vascular nitric oxide (NO) release and inhibit leukocyte superoxide (SO release). This tool served as an effective prognostic indicator for the general role of PKC regulation in I/R injury. Then he started to use selective PKC isoform inhibitors and activators that differentially regulate eNOS and NADPH oxidase activities as they relate to myocardial I/R. Subsequently, the remarkable results of PKC epsilon peptide inhibitor have led me to further explore the role of eNOS uncoupling as a key mechanism in myocardial I/R injury that transcends both rat and porcine species. PCOM has also been awarded US and worldwide patents regarding the PKC isoform peptide modulators such as PKC epsilon inhibitor. Dr. Young has collaborated with many other investigators both intra and extramurally on a wide array of research projects that range from evaluating the role of genetic markers in myocardial developmental biology to OMT-based research in patients.

P.C.O.M. has been granted U.S. (PKC beta II peptide inhibitor, filing date: 09/28/2007; patent awarded: 08/25/2011) and European (PKC epsilon peptide inhibitor, filing date: 12/11/2006; patent awarded: 05/10/2012) patents pertaining to the development of a preservation/perfusion solution that can be used in patients with acute coronary syndromes that include but are not limited to myocardial infarction, angina, coronary bypass/angioplasty and organ transplantation. –role on patents: Inventor

Protein Kinase C isoform inhibition in cardiac ischemia/reperfusion (Funded by the National, Heart, Lung and Blood Institute of the NIH from 3/18/04 – 2/28/07 # 1 R15 HL076235
Role on Project: Principal Investigator at P.C.O.M