With great appreciation for their many years of dedicated service and in recognition of their exceptional careers, PCOM is proud to award honorary degrees to the following individuals: 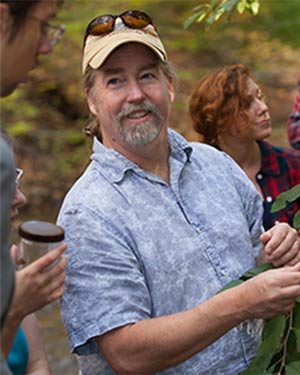 Dr. Wallace is a medical entomologist who has received over $750,000 from federal, state and local grants to study the population dynamics, surveillance and control of mosquitoes and black flies as they relate to arthropod-borne disease vector ecology as well as research focused on watershed ecological education, anthropogenic impacts on streams, and invasion ecology. Dr. Wallace has published more than 80 peer-reviewed publications, book chapters, technical reports, and other professional publications pertaining to mosquitoes and other aspects of medical entomology. In addition, Dr. Wallace has co-edited a book, Wildlife Forensics: Methods and Applications. He has had more than 64 undergraduate and graduate thesis and independent study students in his lab who have presented at more than 42 national and international scientific conferences. Sixteen of these students have co authored publications with Dr. Wallace. Dr. Wallace has worked more than 40 criminal and civil cases mostly dealing with death scene investigations.

Currently, his research interests focus on understanding the role of biting flies as a mechanism for transmission of mycobacterial organism, Mycobacterium ulcerans, the causative agent to Buruli Ulcer, a necrotic skin disease that affects people living around the equatorial regions of the world, specifically in West Africa and Australia. Dr. Wallace has worked on Buruli Ulcer in Australia, Ghana and Benin (West Africa) and serves on the Buruli Ulcer Transmission Working Group for the World Health Organization in Geneva, Switzerland. This research focuses on the biological and mechanical transmission of Buruli Ulcer through field survey work and the application of vector competency studies in the lab to reduce human disease. At this time, students conducting research in his lab are working on projects that focus on land use effects on microplastics in aquatic and terrestrial food webs as well as the application of microbiome analyses in forensic science.

Dr. Wallace teaches courses at Millersville University, including General Entomology, Ecology and Evolution, Aquatic Entomology, Stream Ecology, and a suite of other courses including Forensic Entomology; he has taught numerous forensic entomology workshops at the secondary, undergraduate, graduate, and federal government levels. He has been a clinical instructor at PCOM since 2003, and has instructed a forensic entomology workshop for 15 years to nearly 1,000 students during that time.

School of Professional and Applied Psychology

Philip C. Kendall, PhD, ABPP, is an renowned scholar and professor of psychology and cognitive behavioral therapy at Temple University. 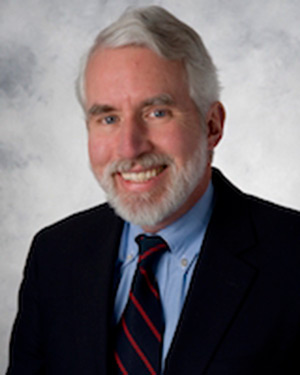 Thomas A. Wadden, PhD, is the Albert J. Stunkard Professor of Psychology in Psychiatry at the Perelman School of Medicine at the University of Pennsylvania and former director of the Center for Weight and Eating Disorders. He received his bachelor’s degree in 1975 from Brown University and his doctoral degree in clinical psychology in 1981 from the University of North Carolina at Chapel Hill.

Dr. Wadden’s principal research is on the treatment of obesity by methods that have included lifestyle modification, physical activity, low-calorie diets, medication, and bariatric surgery. He also has investigated the metabolic and behavioral consequences of obesity and its associated eating disorders. He has published over 450 scientific papers and book chapters, and co-edited seven books. His research has been supported for more than 35 years by the National Institutes of Health (NIH).

Dr. Wadden is past president of the Obesity Society and past associate editor of the journal, Obesity. He has served on several NIH panels, including study sections, the Task Force on the Prevention and Treatment of Obesity, and the Obesity Clinical Guidelines Committee. He also has served as a consultant to the Department of Veteran’s Affairs, the Federal Trade Commission, and the National Academy of Medicine.

Dr. Wadden’s research has been recognized by several awards, including the George Bray Founders Award and the TOPS Research Award, both from The Obesity Society; the Distinguished Alumni Award from the University of North Carolina at Chapel Hill (Department of Psychology); and mentoring awards from the University of Pennsylvania School of Medicine and the Obesity Society. He has discussed his research in the New York Times, the Washington Post, the Los Angeles Times, the Wall Street Journal, Time Magazine, Newsweek, and US News & World Report and has appeared on the Today Show, Good Morning America, CBS This Morning, the NBC Nightly News, and the CBS Evening News.