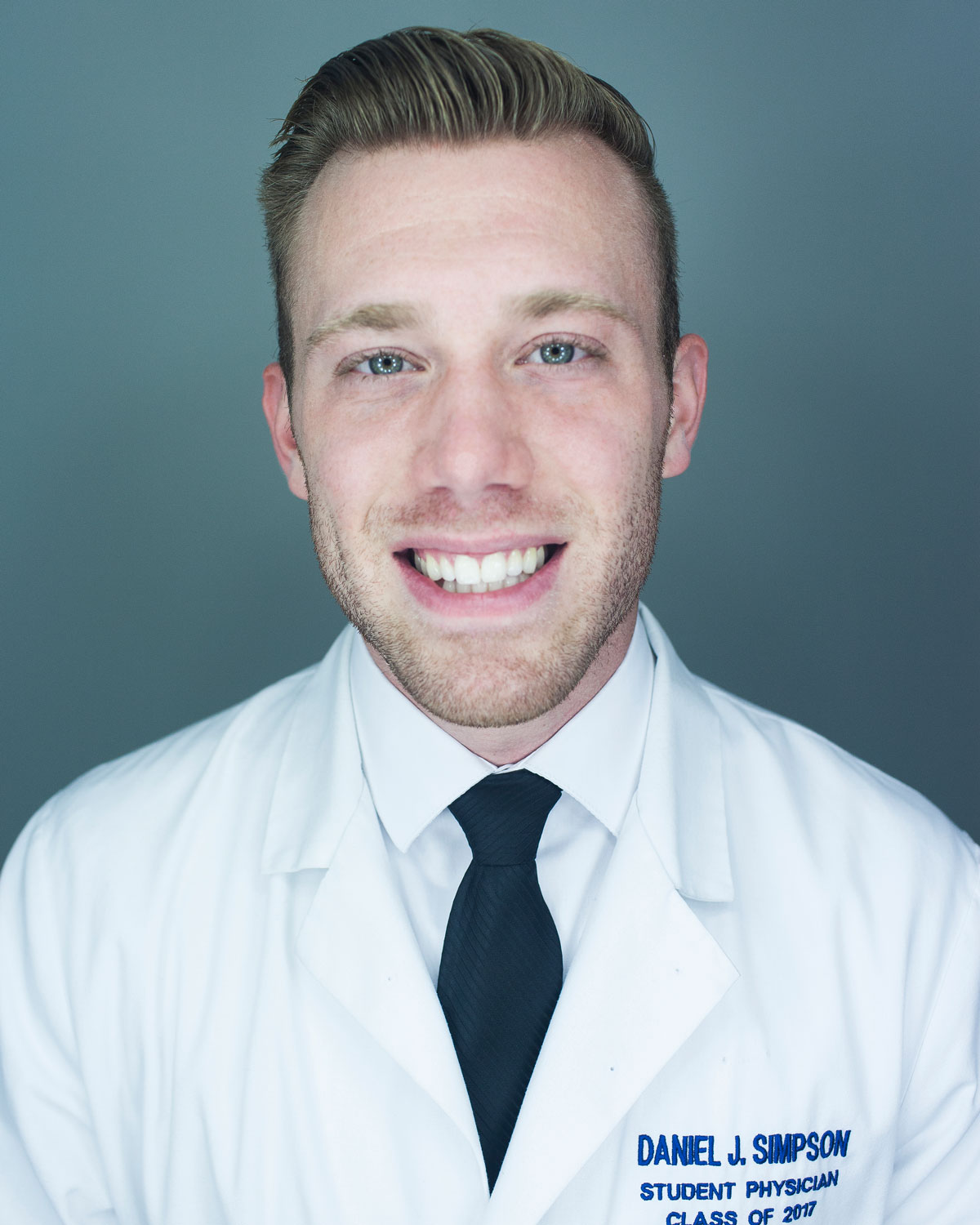 Dan Simpson’s interest in public service began in high school. Initially he thought he would study criminal justice, hoping to become a police officer. However, after working in a hospital environment as a food service worker, he started to think more about serving others through medicine.

“My cousin had just started school to become a physician assistant,” said Mr. Simpson. “The program sounded good so I started doing some research on other programs.”

Mr. Simpson eventually started in the Physician Assistant Studies program at King’s College in Wilkes-Barre, Pennsylvania, in 2009. While there, he volunteered with the Serve program, through which students can travel to underserved areas on their academic breaks to help people in need. But his focus on medicine became even narrower in his sophomore year when he worked as a medical scribe at Geisinger Wyoming Valley in Wilkes-Barre.

“I worked with physician assistants but I also worked with doctors,” he said. “The role of a doctor appealed to me, and I started to shift my mentality to want a more active role in patient care.”

PCOM and King’s College have an articulation agreement, so Mr. Simpson had some familiarity with the institution. “Osteopathic medicine has a different approach to other medical schools,” said Mr. Simpson. “The holistic approach is something that has always appealed to me; growing up, my mother managed a health food store so I was constantly exposed to the ways that food and lifestyles can affect a person’s health.”

Once Mr. Simpson came to PCOM, his drive to help others grew even more. During his time at the College, he has been heavily involved with the Health Career Academy (HCA), a program through which PCOM DO students travel to local high schools several times during the year to teach those students about careers in health and medicine.

“We learned so much about their environment, the social struggles they face and how it affects the way they learn and their relationships,” said Mr. Simpson. “The students have become like friends. We do more than teach them about health careers—we try to support them socially so they feel like they have someone to talk to about anything that’s going on in their lives.” He added that he still keeps in touch with many of the students he taught through the HCA, and even celebrated with one student’s family before her senior prom.

Mr. Simpson also served as treasurer of the Emergency Medicine Club, vice president of PCOM’s Student American Academy of Osteopathy and vice president of PCOM’s LGBT Alliance of Students Organized for Health, which seeks to provide a welcoming and visible community for LGBTQ individuals and provide LGBTQ heath education not provided by the curriculum to students. He also served as technology director for the Student Government Association.

“There are so many opportunities to get involved through student organizations,” said Mr. Simpson. “I was really impressed with how supportive PCOM was. All the students and faculty are very motivated to help each other. It’s more like a family.”

After graduation, Mr. Simpson will go on to an emergency medicine residency at Albert Einstein Medical Center in Philadelphia. He says the main criterion for his residency was to work with a population that was underserved. Prior to coming to PCOM, he traveled to Chiapas, Mexico, after completing his EMT training and provided basic health and wellness education to the citizens there. He hopes to do more medical mission trips in the future.

No matter where he goes, Mr. Simpson hopes to serve those who are most in need. “I want to provide those resources wherever I can,” he said.