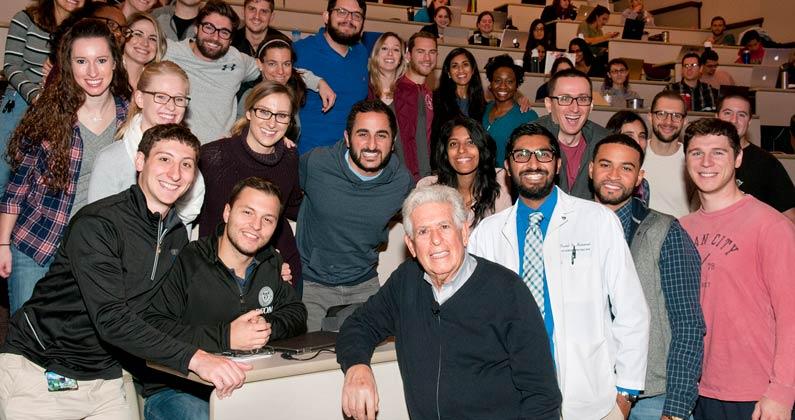 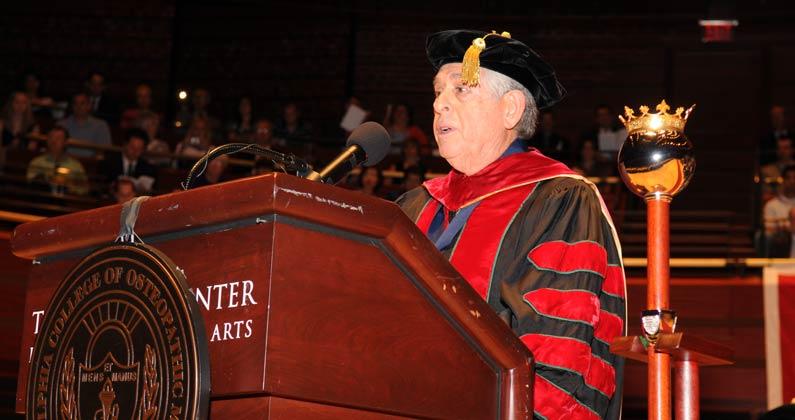 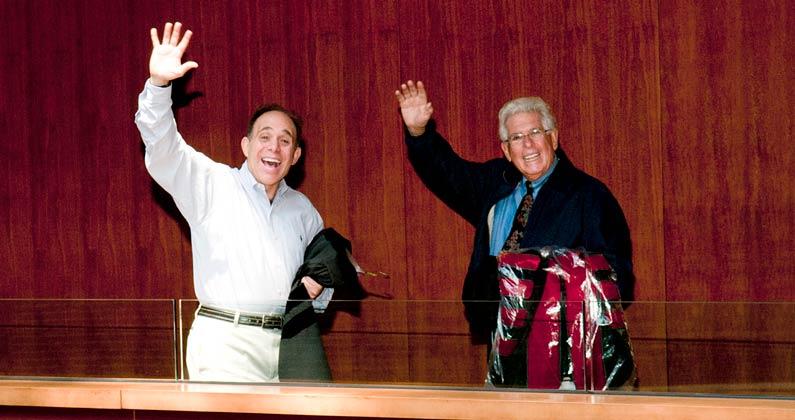 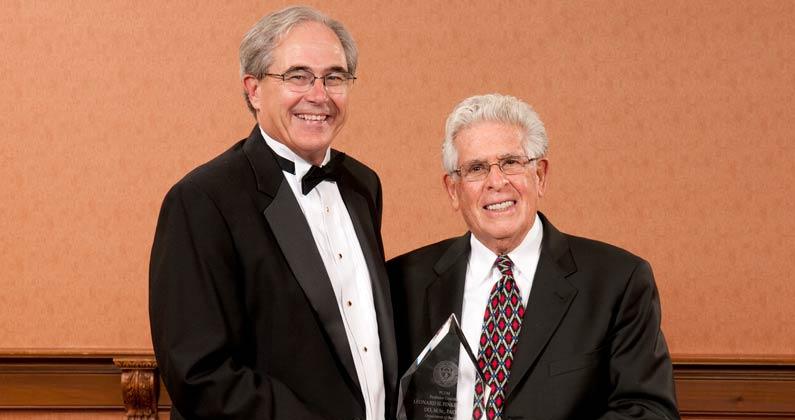 PCOM President and CEO Jay S. Feldstein, DO ’81, shared the following statement regarding the passing of Leonard H. Finkelstein, DO ’59, MSc ’63, FACOS, chancellor, past president, and professor emeritus:

Dr. Finkelstein retired from his position as professor of urologic surgery and chairman of the Division of Urology in 2014 (he was named professor emeritus in 2015). He remained the College’s chancellor, a post he held since 2006, until his death.

Dr. Finkelstein joined the PCOM faculty in 1963; in 1973, he was named chairman of the Division of Urology. In these capacities—as well as program director and course director—he advanced the College’s urology specialty and its American Osteopathic Association (AOA)–approved urology residency program.

Ever a visionary, Dr. Finkelstein served as the College’s sixth president and chief executive officer, from 1990 to 2000. His efforts enhanced the College’s curriculum, expanded the graduate medical education program, and fulfilled a master facilities plan for the institution and its campus. Dr. Finkelstein was responsible for the purchase of Parkview Hospital, and the ultimate sale of both Parkview and Barth Pavilion, while ensuring the efficacy of the College’s clinical teaching mission—acts that restored financial stability to the institution.

Dr. Finkelstein’s honors included the Christian R. and Mary F. Lindback Award for Distinguished Teaching (1970), the Student Osteopathic Medical Association George W. Northrup, DO Distinguished Service Award (1990), the Distinguished Osteopathic Surgeon Award (1992), and the Mentor Award from PCOM’s Student National Medical Association (1997). In 1999, Dr. Finkelstein received a Presidential Citation from the AOA for his commitment to unity within the osteopathic profession. He was also a 1999 recipient of the Dale Dodson, DO Award from the American Association of Colleges of Osteopathic Medicine. In 2000, he was awarded PCOM’s O.J. Snyder Memorial Medal.

Dr. Finkelstein held a bachelor’s degree in pharmacy from Philadelphia College of Pharmacy and Science, and a doctor of osteopathic medicine degree and a master of science degree in urologic surgery from PCOM. He completed his internship and general surgery residency at Zieger Osteopathic Hospital in Detroit, Michigan, followed by a residency in urologic surgery at PCOM. He was a diplomate of the American Osteopathic Board of Surgery and a fellow of the American Society for Lasers in Medicine and Surgery, Inc., and the College of Physicians of Philadelphia.