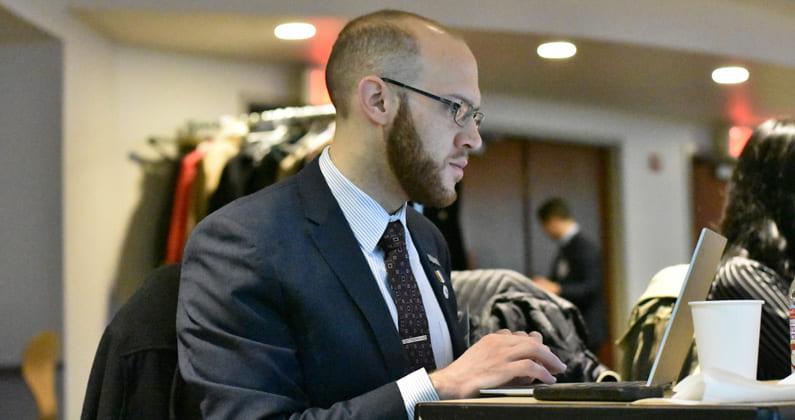 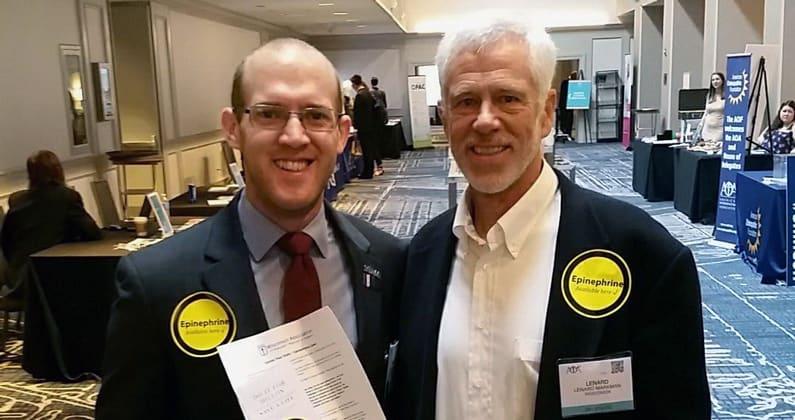 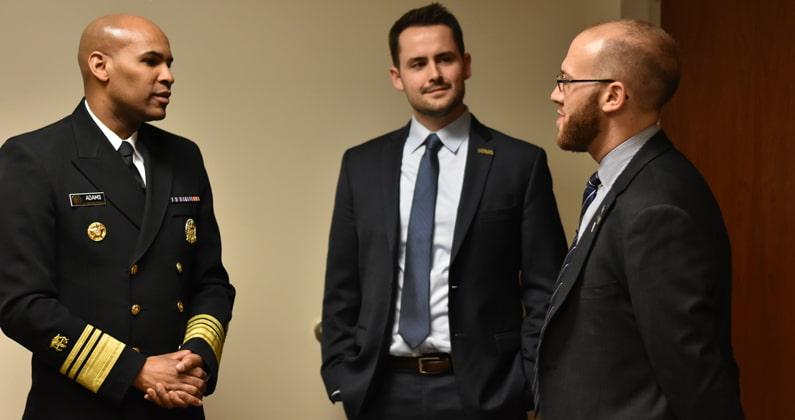 Wessley D. Square (DO ’20) was recently selected as one of only three doctor of osteopathic medicine (DO) students in the country to take part in the 2020 Osteopathic Health Policy Internship (OHPI) Program, part of the American Association of Colleges of Osteopathic Medicine’s (AACOM) Leadership Institute.

The OHPI Program—which is highly competitive and receives applications from DO students from all over the country—enables those selected to spend two months in Washington, DC, in AACOM’s Office of Government Relations. Interns have the unique opportunity to develop an understanding and operational knowledge of how federal health care and higher education policy is developed, and how to effectively influence public policy.

“I have been interested in politics for a long time and became increasingly so in college, where I minored in political science,” said Mr. Square, whose internship will occur during November and December. “The love of policy then was a natural extension of an interest in how the decisions are made that shape our lives.”

During his time as an intern, Mr. Square will attend and report on key hearings and briefings on Capitol Hill and meetings of relevant federal agency advisory committees and councils, conduct research, and monitor and report on ongoing public policy issues that impact OME. At the end of the internship, he will participate in an advocacy presentation before the entirety of AACOM.

“As physicians, our role is not to defeat death but to minimize suffering and given the impact of the numerous social determinants of health, minimizing suffering calls for more than a pill, surgery, or therapeutic manipulation, he said. “It is our responsibility as current and future physicians to be involved in how decisions are made and to speak up for the wellbeing of our patients at every turn.

Decisions and problems that we will face as physicians are decided either with us or without us,” he added. “So we need to make sure we are represented if we want to have a say in things like burdensome pre-authorizations, prescription drug cost, physician reimbursement, student loan repayment or residency slot funding.”

He says that among students, there is often a misguided belief that activism is ineffectual at that level, and most effective when they become practicing physicians, but that students can offer some of that medical knowledge without being hampered by external influences that many practicing physicians have to face.

“Over the past three years I have seen students push for some amazing and urgently needed changes,” he says. “Not everything the students call for comes to pass, but that does not mean people aren't listening.”

He notes that just this year, the president of the national American Medical Student Association (AMSA) appeared on stage with Vermont Senator Bernie Sanders; that AMSA and the Student Osteopathic Medical Association (SOMA) were the only two student medical groups to collaborate with former Congresswoman Gabrielle Giffords to call for federal funding for gun control research; and that he himself had the opportunity to join national conference calls with the American Osteopathic Association (AOA), the Giffords Organization, and Physicians for a National Health Program on key health issues.

“Once we graduate we can stay involved, but our focus will shift as demands on our time grow and life pulls us in thousands of new directions,” he said. “We can already make a difference now, while we lay the groundwork and build connections that will make continued future advocacy more sustainable.”

Mr. Square said he wished to thank several people for helping him attain this internship position and for their overall support during his time in medical school, including Kenneth Veit, DO ’76, MBA, provost, senior vice president for academic affairs and dean; Joan Gryzbowski, DO ’87, assistant professor, family medicine and past president of the Pennsylvania Osteopathic Medical Association; Jennifer Lorine, DO ’10, clinical instructor, OMM; Kate DeKlerk, DO ’19, immediate past-president of SOMA; his mother, brother and girlfriend; former AACOM Government Relations Vice President Pamela Murphy; and “all the great student leaders I've met through SOMA both past and present for being the great role models, mentors, friends and colleagues that helped me develop my political and policy skills.”

In February, PCOM Georgia’s Farrah Rink, DO ’19, shared her experience in the OHPI program.