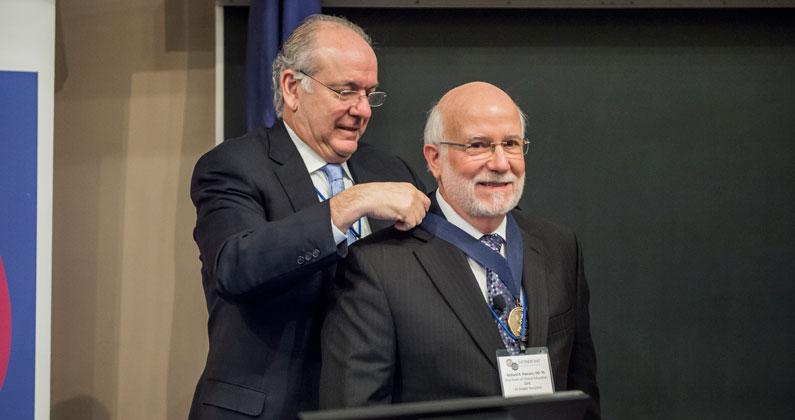 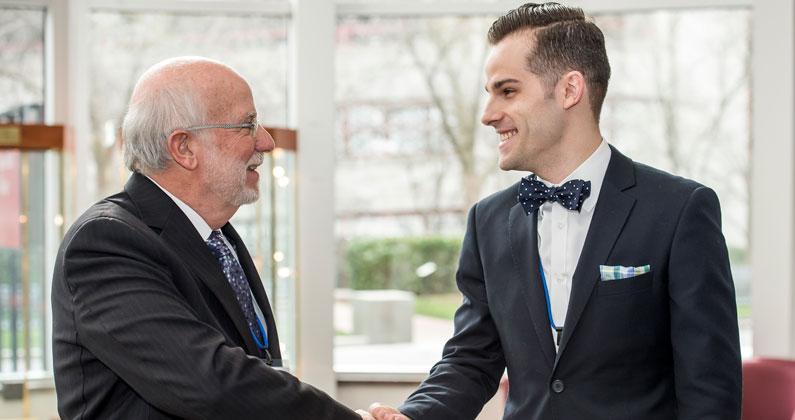 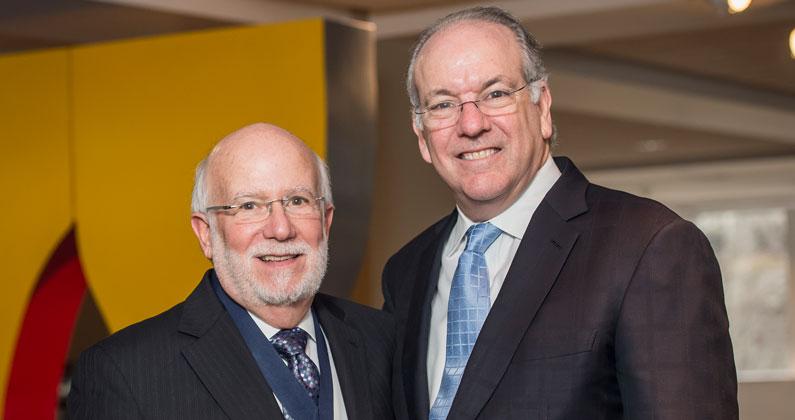 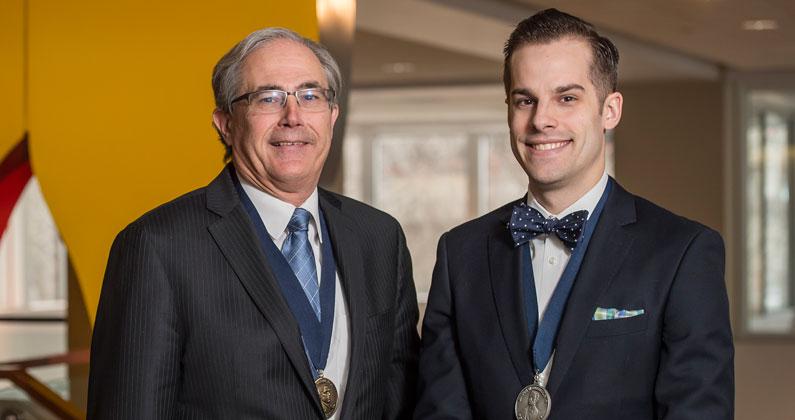 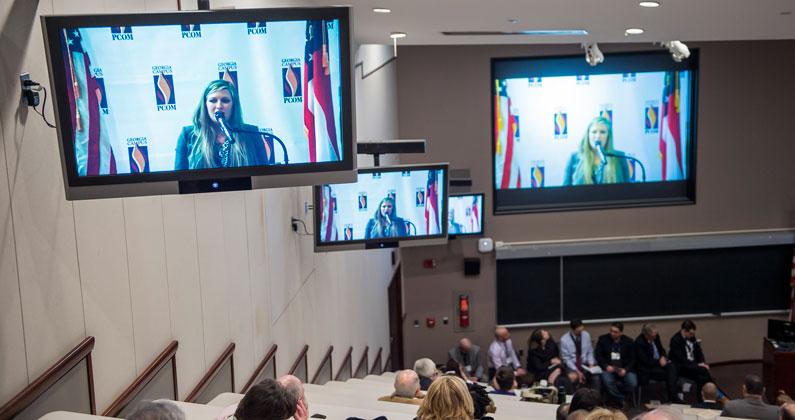 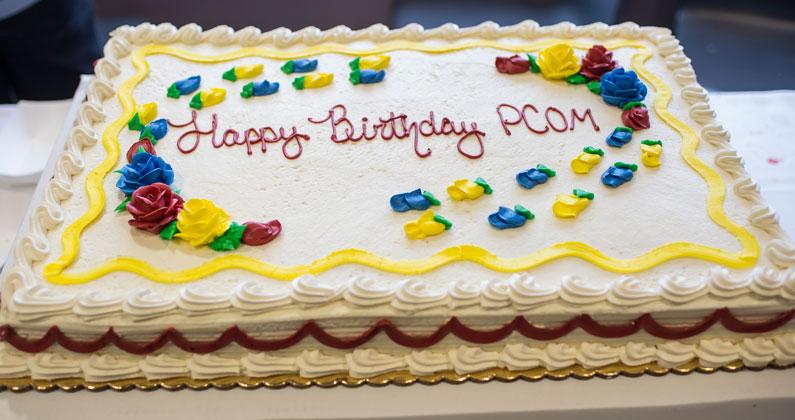 This year’s recipient of the Snyder Memorial Medal, Richard A. Pascucci, DO ’75, vice dean for clinical education, chief academic officer of PCOM MEDNet, and professor of medicine, was honored for the vital role he has played in the graduate medical education of more than 700 osteopathic physicians. He spoke about his history with the College, and all those who helped inspire and encourage him. He also cited his family, and his wife of 42 years, as a constant source of support throughout his career. “My occupation as a physician and my role as a teacher have been very important to me, but family comes first,” he said. “They are what it’s all about.”

Pressly Memorial Medal recipient Zachary M. Herrmann (DO ’16), was honored for his work on the establishment of the Student Wellness and Academic Transition Team Initiative, the mission of which is to find ways to lower the stress level of the College’s medical students, increase awareness of mental health disorders among medical students and reduce the stigma surrounding them. Mr. Herrmann cited the sobering statistics surrounding physician and medical student suicide—each year, between 250 and 400 physicians die by suicide, and it is among the top causes of death among medical students—as a clear need for this type of program. “We want to send the message that it’s okay if you’re dealing with mental health issues and help is available,” he said.

GA-PCOM Pressly recipient Jessica Mormando (DO ’16), who appeared via video broadcast from Georgia, advocated tirelessly for her fellow medical students on that campus, establishing a structured mentoring program with more than 100 residents and attending physicians serving as mentors. “It was very much about getting into the trenches, calling and emailing physicians individually,” she says. “I sent out almost 1,000 emails.” Ms. Pressly also is developing a professional development series of panel presentations that she hopes will be incorporated into the GA-PCOM DO curriculum beginning in fall 2016.

The OJ Snyder Memorial Medal, presented in memory of the co-founder of PCOM, is the College’s highest award, given in recognition of an individual’s leadership and service to the osteopathic profession and to the College.

The Mason W. Pressly Memorial Medal is presented by PCOM to students who are recognized by fellow students, faculty and the administration for outstanding achievement and service to the College, the community and the osteopathic profession.