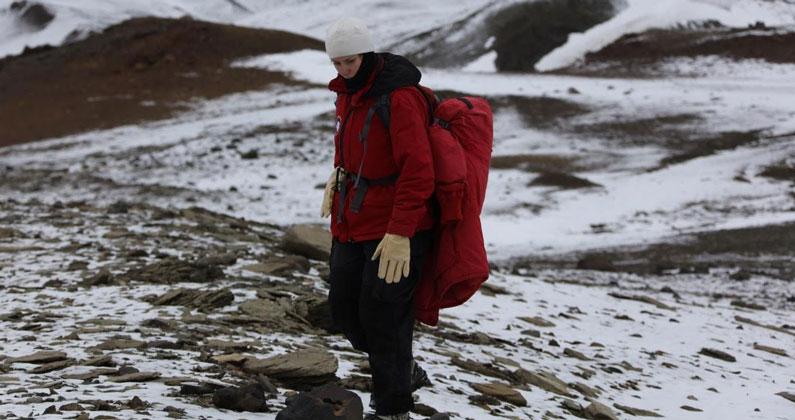 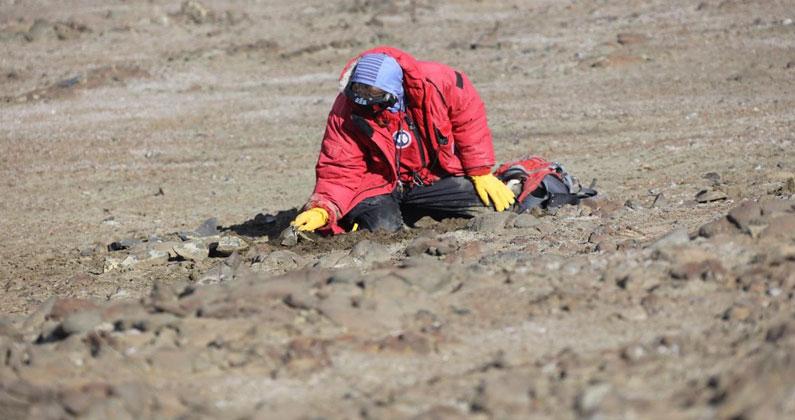 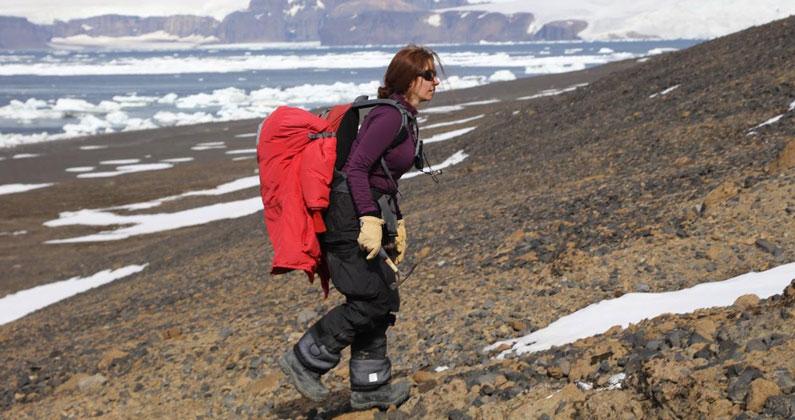 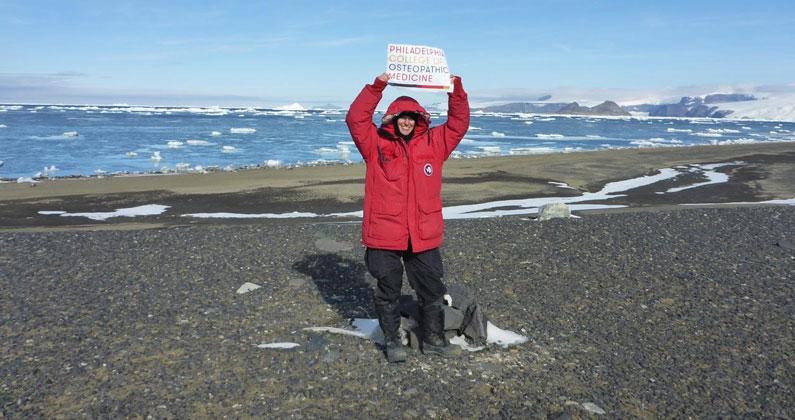 Kerin Claeson, PhD, assistant professor, anatomy, just spent the better part of six-weeks at the bottom of the world, digging her way through the Antarctic to find evidence of ancient beasts.

Dr. Claeson was part of a collective called the Antarctic Peninsula Paleontology Project (AP3), a group of researchers from institutions from across the globe, who have pooled their collective expertise to study fossils from the Late Cretaceous and Paleogene periods (about 66 million years ago) from Antarctica. Funded in part by a grant from the National Science Foundation, the ultimate goal of the project is to fill in some of the evolutionary holes that exist among Antarctic species, to gain a better understanding of how life overall develops and evolves on this planet.

The group of researchers included experts in birds, mammals, dinosaurs and rocks. Dr. Claeson lent her expertise in prehistoric fishes to learn more about what life was like in those time periods, and how it has changed since then.

“A little more than 65 million years ago in the late Cretaceous period, we know there were some major geological events happening,” she said. “The crater that hit Earth near the Yucatan peninsula (widely believed to have caused the extinction of the dinosaurs) occurred at that time, but there was also lots of volcanic activity, and that disrupted the entire global ecosystem.”

By studying fossils in a remote place like Antarctica, Dr. Claeson and her fellow researchers were able to look at a snapshot of time by studying specimens that were represented before that change, and what came after.

“We were anticipating finding fish, but we also found things like backbones, skulls and even scales that were still together,” she said. “Normally you would just find the teeth, but we found whole specimens intact, despite a lot of the weathering that can occur.”

Although the AP3 has been exploring Antarctica for several years, this was Dr. Claeson’s first trip to the continent. She has done field research in Patagonia and in places across the U.S., and she said working in such a cold climate presented a new set of challenges.

“We actually had to postpone fieldwork for about three years because the weather was so unpredictable and the sea ice was so thick. This year was mild, and we were able to get inland thanks to our field support, who got us bigger boats to break through the sea ice, and access to helicopters,” she said.

Dr. Claeson estimates she and her fellow research brought back close to a ton of materials for further study, and is excited to get started on analyzing all of the data she collected during the expedition.

“Through this kind of exploration, we can generate even more ideas, and those ideas lead us to questions,” she said. “When we answer one question, three more pop up, and that drives us to go back and ask more. Our hope is that the research from these specimens opens up more questions, and helps us understand more about our planet.”