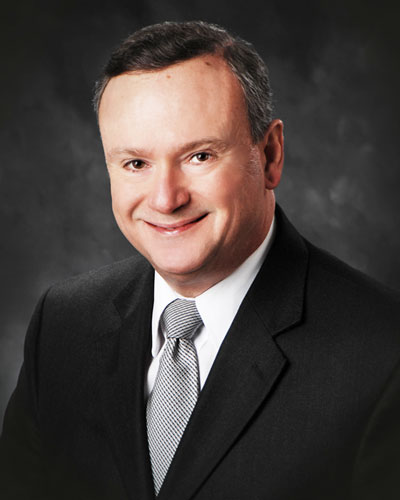 Funds generated from the endowment will go toward supporting the cost of a distinguished speaker at the College’s Doctor of Osteopathic Medicine Commencement ceremony in Philadelphia. Individuals who are nationally recognized in the fields of science and/or medicine will be considered as a speaker, with a special consideration for PCOM alumni who serve at those levels.

“I wanted to set up the speaker fund for a few reasons,” said Dr. Bitonte, an anesthesiologist in Canton, Ohio. “When the graduating students arrive on Commencement Day, I want them to be inspired and excited about their future, and to recognize what they have earned and cherish it. I also wanted to give back to the school that gave me so much, by bringing honor and recognition to the College with a nationally known and respected leader at the ceremony.”

“PCOM offered me the opportunity to become an osteopathic physician, and I truly appreciate that opportunity,” said Dr. Bitonte. “It allows me to serve mankind in a very special and rewarding manner.” He noted several former faculty and staff, including Vincent T. Cipolla, DO ’46, former professor and chair, anatomy; Emanuel Fliegelman, DO ’42, former professor, obstetrics and gynecology; and Dominic DeBias, PhD, former chair of pharmacology, as “exemplifying the great education I received and special connection I have to PCOM.”

This will be Dr. Bitonte’s largest one-time gift to the institution. He and his family have also given to The Ohio State University (OSU) College of Dentistry, where Dr. Bitonte’s father, uncle, brother and niece attended. Two of his three children also attended OSU. He also has contributed to the American Osteopathic Foundation. Dr. Bitonte says his giving spirit came from his parents, who established the Dr. Dominic and Helen Bitonte Family Foundation in 2001.

“My parents were model philanthropists,” he said. “They donated to health care systems, universities, local museums—any charity they deemed worthy.” Now, he and his brother strive to carry on their late parents’ vision. “We want to give back to those organizations that put their hands out every day to help others.”

“PCOM is extremely grateful to Dr. Bitonte for his generosity in establishing such a thoughtful fund—one that will have an impact on many generations of graduating physicians,” said Jay S. Feldstein, DO ’81, president and CEO.

In 2008, he was appointed by Ohio Governor Ted Strickland as chair of the Public Health Council Board for the Ohio Department of Health. He also served as medical director for Ohio KePRO, which serves nearly 2 million beneficiaries as the Medicare quality-improvement organization for Ohio, and has volunteered with the Medical Reserve Corps Unit of the Stark County Health Department.

Dr. Bitonte has three children: Elizabeth, an attorney in Columbus, Ohio; David, an osteopathic physician currently on radiology residency in Canton, Ohio; and Caroline, a student in Columbus, Ohio.