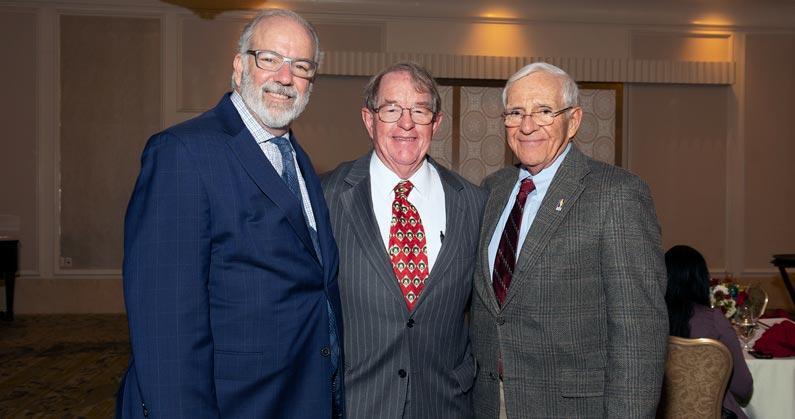 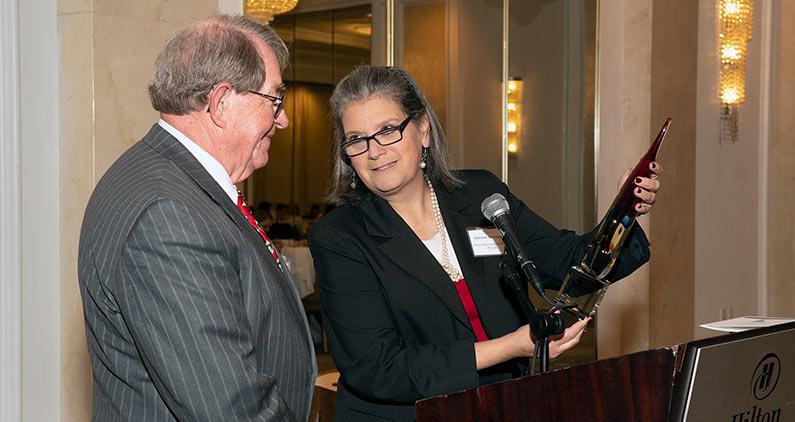 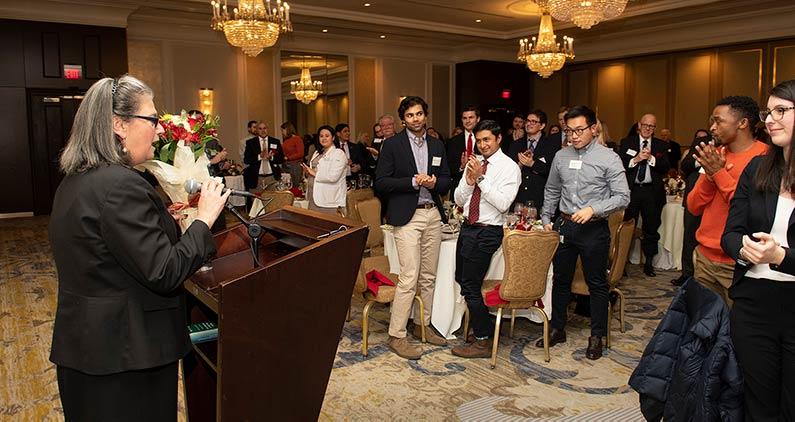 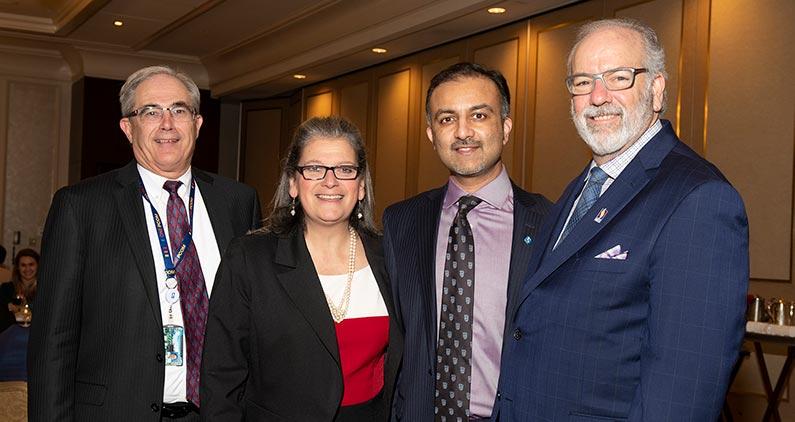 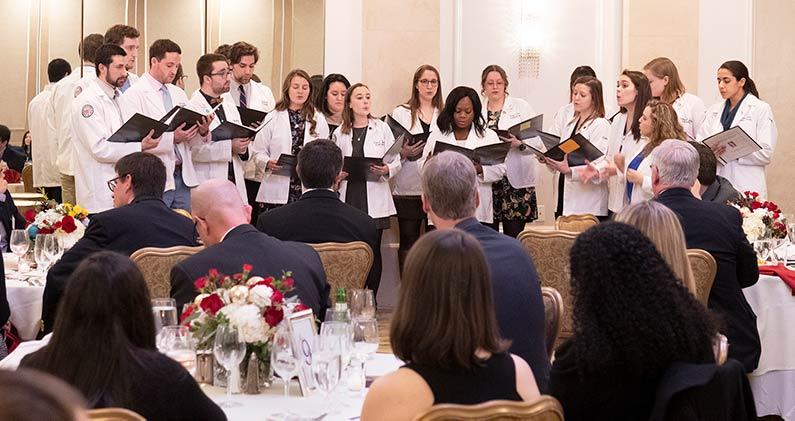 PCOM serves as one of the First State’s official medical schools, since it does not have its own.

For nearly 20 years, Philadelphia College of Osteopathic Medicine (PCOM) has served as the official osteopathic medical school of Delaware—a state that currently does not have its own medical school—through its partnership with the Delaware Institute of Medical Education and Research (DIMER). The organization provides funding to the College to deliver medical education to Delaware residents, in the hopes that those students will return to practice after graduation.

PCOM and DIMER recently celebrated their relationship, and the 50th anniversary of DIMER, with a dinner honoring Sherman Townsend, board chair of DIMER and honorary degree recipient from PCOM; alumnus and PCOM Board Member Vincent Lobo, DO ’65, who was instrumental in facilitating the partnership between DIMER and PCOM; and Omar Khan, MD, MHS, president and CEO of the Delaware Health Sciences Alliance—of which PCOM is a member institution.

“By partnering with DIMER for these many years, PCOM has been able to provide high-quality medical education for individuals with a passion for healthcare, who may not have otherwise been able to receive it,” said Deborah Benvenger, chief admissions officer at PCOM. “It is our hope that these caring, competent students will return to their home state to serve their hometown communities.”

According to the American Osteopathic Association, there are currently 394 osteopathic physicians (DOs) practicing in Delaware. More than 170 of those are PCOM alumni, and of those, roughly half practice primary care.

Additionally, more than 30 percent of DO alumni practice in Sussex and Kent counties, which have been federally designated as health care provider shortage areas. While the College has been contractually obligated by DIMER to provide five slots in each incoming class to Delaware residents, it has consistently exceeded that goal since 2007—more than 10 percent of the class of 2023 come from the First State.

Next year that requirement doubles to 10 students with additional funding, and the Office of Admissions says it plans to implement several new initiatives to not only recruit even more students from Delaware, but also to increase medical students’ exposure to underserved communities throughout the state.

According to a study by the University of Delaware and the Delaware Department of Health and Services, there has been a 6 percent decline in the number of primary care doctors in the state since 2013, and with the rise in the state’s aging population, health officials highlight the need for more physicians.

By providing medical education to Delaware residents, PCOM and DIMER are working to meet this need, and where they train is important; a 2013 study published in American Family Physician found that more than half of family medicine residents stay within 100 miles of where they complete their residencies.

In addition to its partnership with DIMER, the College is also working to turn out a larger physician workforce through its Core Clinical Campuses at the Christiana Care Health System, and most recently, Bayhealth—which operates in the state’s underserved areas. Through these partnerships, PCOM’s DO students can perform all of their clerkship rotations at one site beginning in their third year. Upon graduating medical school, PCOM students may later apply for one of Bayhealth’s residency programs.

Frank Mayer (DO ’20), of Newark, Delaware, came to PCOM through DIMER and has spent his last two years of medical school at Christiana Care. After graduation, he hopes to return to his home state to practice emergency medicine.

“There are a lot of benefits for residents of Delaware to have a preferred status when applying to medical school, and PCOM’s partnership with Christiana is a huge opportunity [for students from Delaware] to spend our entire third and fourth year there,” he said.