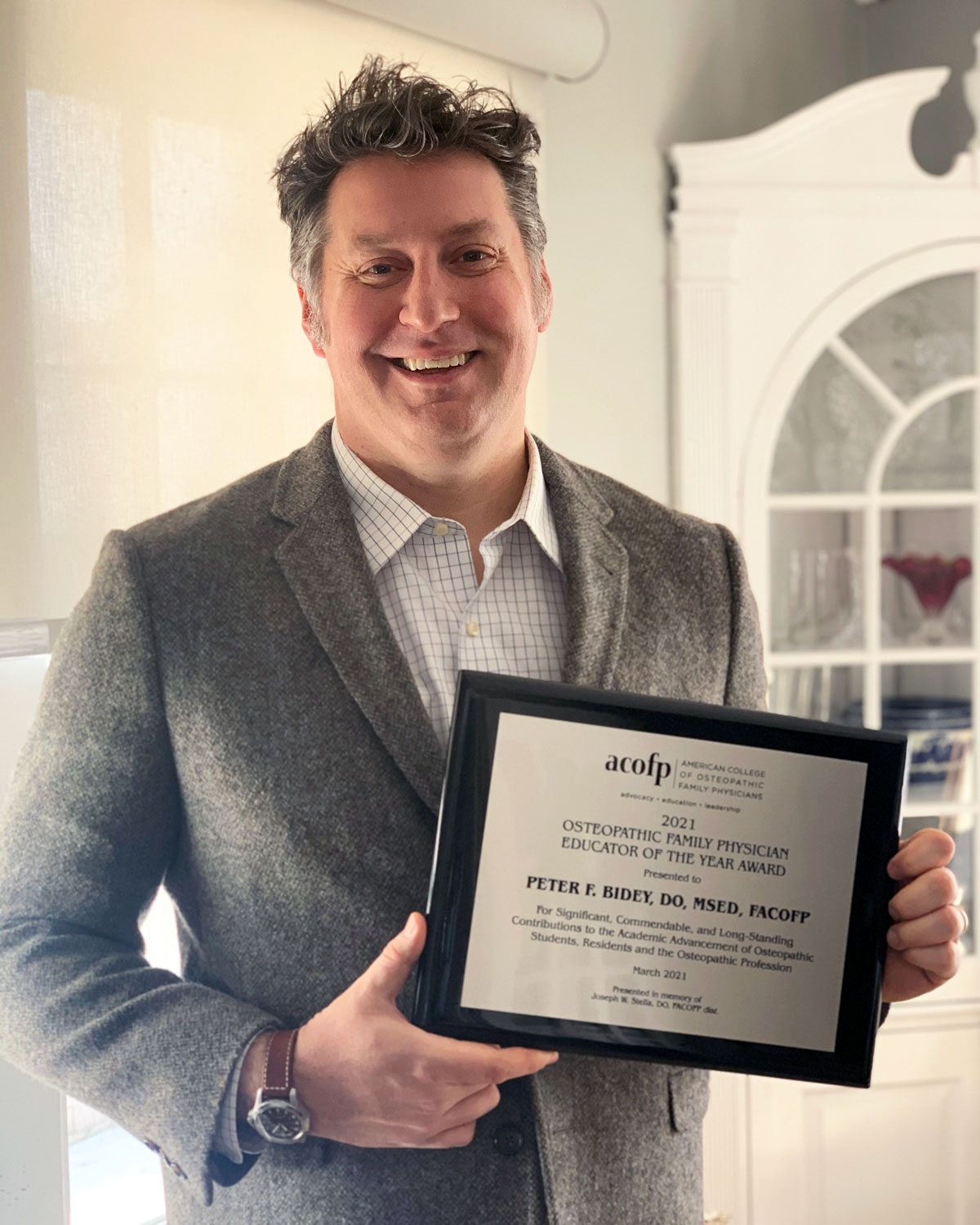 “This award means so much to me because it solidifies that what I do, as well as what my colleagues do, in the training of students, really does make a difference” shared Dr. Bidey during his acceptance speech. “Although I have the honor of receiving this award, it is a product of my colleagues, teachers and most importantly my students, who really are the ones advancing osteopathic family medicine,” continued Dr. Bidey.

According to the ACOFP website, the Osteopathic Family Medicine Educator of the Year Award “honors an individual who exemplifies the osteopathic family medicine profession’s highest standards of excellence in teaching and has made significant, commendable, and long-standing contributions to the academic advancement of osteopathic students, residents and the osteopathic profession.” Those nominated for the award came from colleges of osteopathic medicine and residency programs across the country. Final selection for this award was made by the ACOFP’s Board of Governors.

In his speech, Dr. Bidey went on to thank his wife and family for supporting his career in medical education as well as his colleagues in the Department of Family Medicine and the administration at PCOM. In closing, he reminded everyone of the importance of mentorship, sharing, “I implore everyone listening, both physicians and students, to find or be a mentor. I could not have the career I do without those who have helped me along my journey. You will often learn from your mentor just as much as they will learn from you.”

Dr. Bidey graduated from PCOM in 2008 and has been a faculty member since 2012. He serves as the faculty advisor to the PCOM Student chapter of the ACOFP, as well as a leader in the Pennsylvania Osteopathic Family Physicians Society (POFPS), the ACOFP Pennsylvania chapter.

The ACOFP is a community of current and future family physicians that champions osteopathic principles and supports its members by providing resources such as education, networking and advocacy, while putting patients first.