Thompson Named PCOM Student DO of the Year 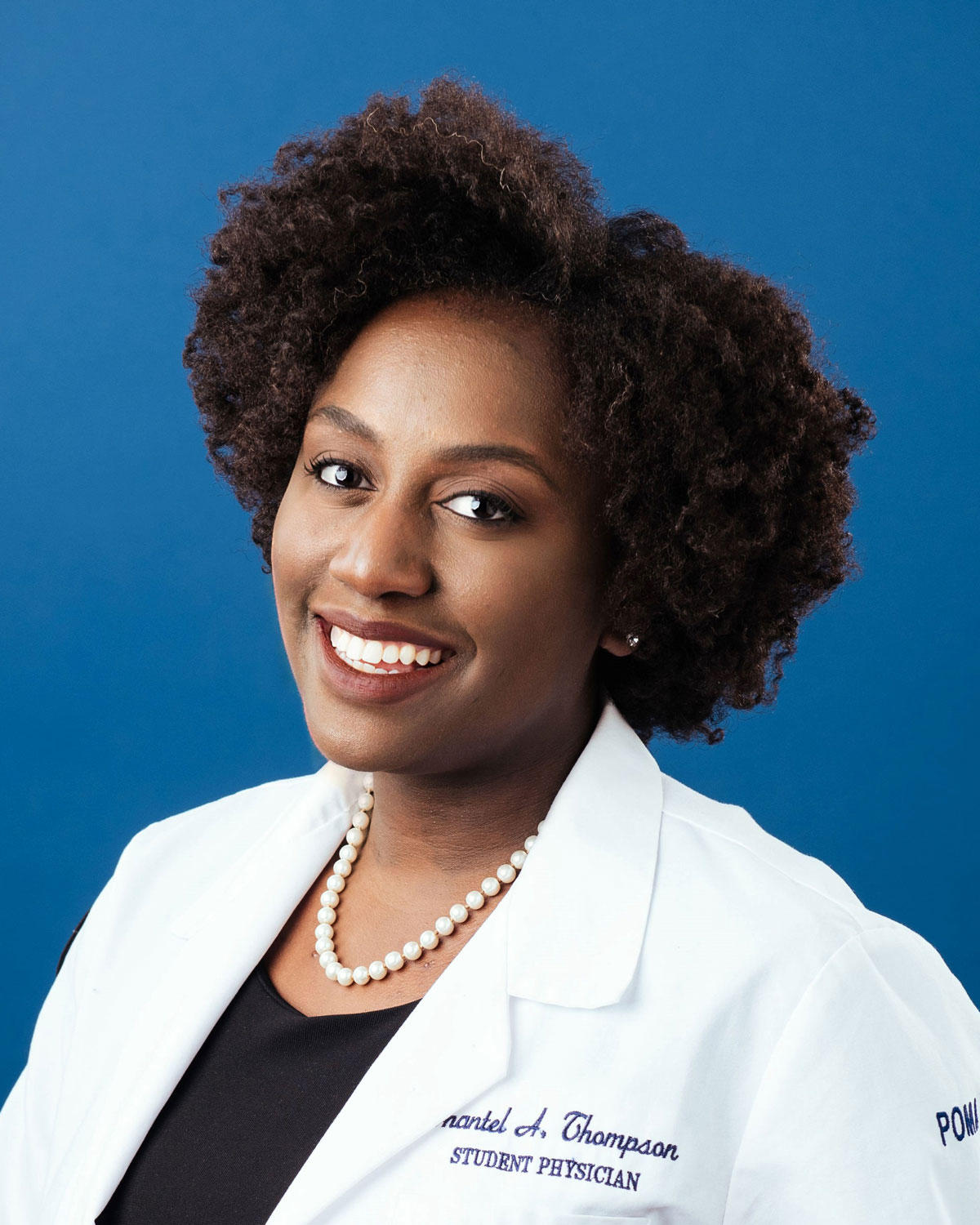 “I am so honored to be nominated,” shared Ms. Thompson. “I know a lot of my peers at PCOM are doing amazing work—changing the landscape of their classes, the campus and the city of Philadelphia for the better. To be selected from such a great group of people is truly humbling and I am so grateful.”

During her time at PCOM, Ms. Thompson has been a leading figure for several diversity and cultural competency initiatives. She helped create the PCOM Cultural Competency Program and was a founding member of the Cultural Humility and Medicine Symposium. Ms. Thompson also holds a student position on the President’s Commission for Racial Justice. Recently, Ms. Thompson was a presenter for the “AACOM Finding a Cure” series and focused her time on the impact of racism on current and prospective osteopathic medical students. She is also a part of “Arming Osteopathic Medical Education,” a group focused on establishing goals and strategies for osteopathic medical education in hopes of producing physicians who are prepared to be a part of the solution for racism.

Ms. Thompson is the current president-elect for the Student National Medical Association (SNMA), an organization that is committed to supporting current and future underrepresented minority medical students, addressing the needs of underserved communities, and creating clinically excellent, culturally competent and socially conscious physicians. She is the immediate past Associate Region VIII Director of the SNMA and a past co-President of PCOM’s SNMA chapter.

Ms. Thompson is a student member of both the American College of Osteopathic Obstetricians and Gynecologists (ACOOG) and the American Medical Association (AMA). Her past research includes studies exploring diabetes in a reproductive endocrinology patient population and the increasing crisis of maternal mortality in Philadelphia. As a dual-degree doctor of osteopathic medicine and masters of public health student, Ms. Thompson hopes to combine her interest in obstetrics and gynecology with her passion for public health to promote health equity and improve patient outcomes in women’s health.

Ms. Thompson attended Hampton University in Hampton, VA where she received her bachelor of science degree in cellular and molecular biology. Outside of school, Ms. Thompson is a dance fitness instructor and has partnered with the PCOM Hearts Student-Run Clinic to provide free fitness classes for the patients.

The National DO Student of the Year will be named by AACOM this spring.