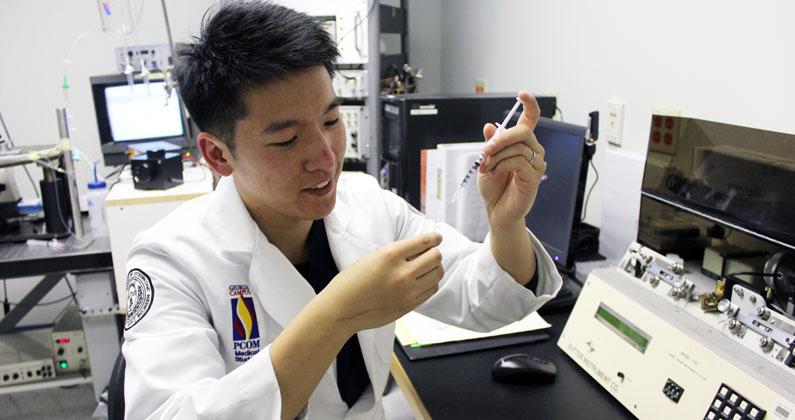 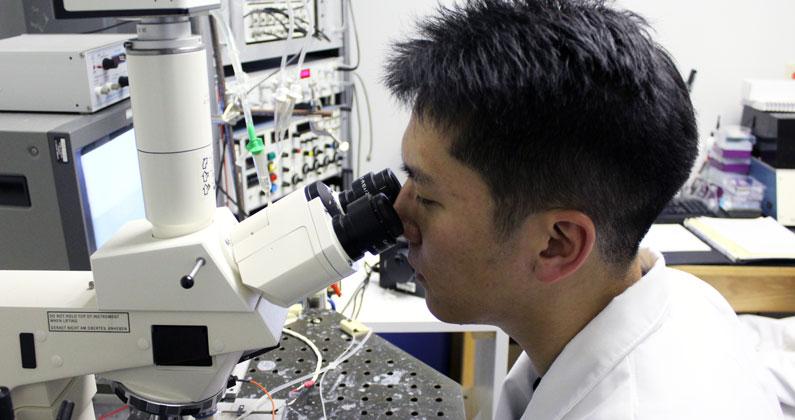 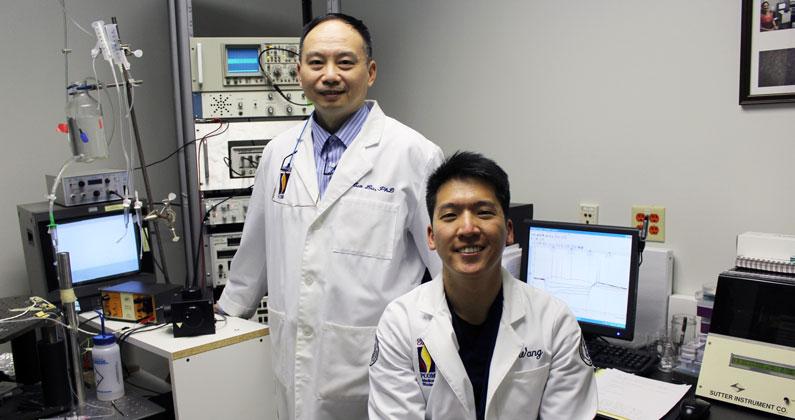 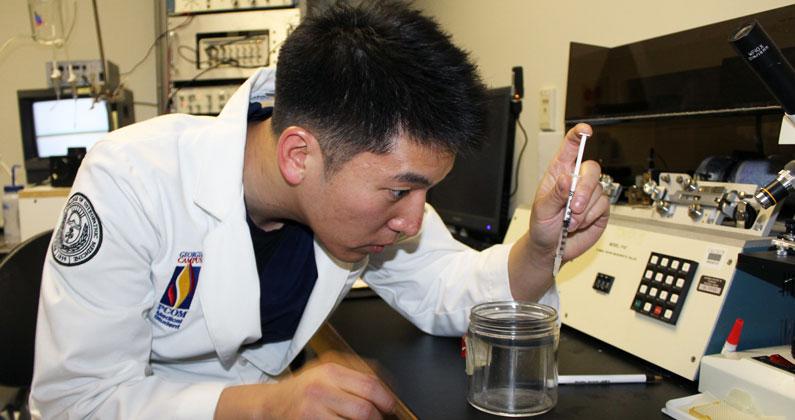 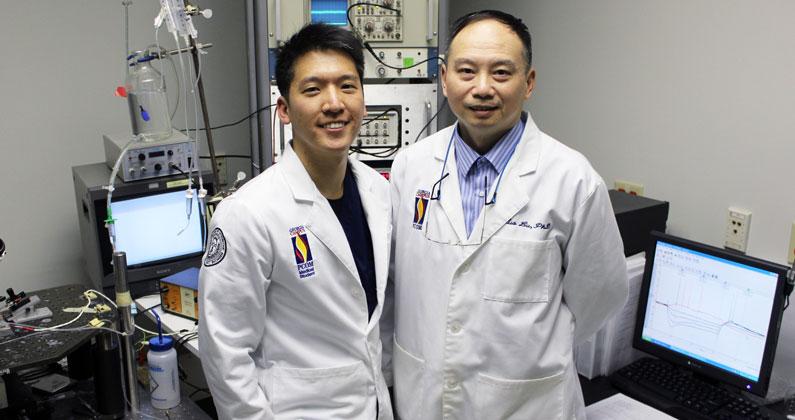 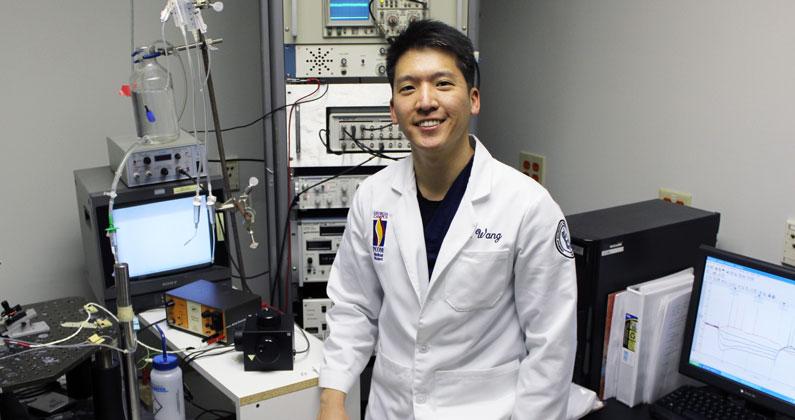 Alex Wang (DO ’20) was born in San Jose, California, before moving to Hong Kong where he grew up. After completing high school in Hong Kong, he moved to Atlanta and attended Emory University where he graduated with a Bachelor of Science degree, majoring in neuroscience and behavioral biology and minoring in economics. Prior to matriculating into GA-PCOM, he held a research assistant position, worked at the Centers for Disease Control and Prevention, and received a Master of Public Health in global epidemiology from Rollins School of Public Health at Emory University. Upon completion of his Doctor of Osteopathic Medicine degree, he intends to practice medicine and finally adopt a dog!

What did you study?

The lab I worked in was under the supervision of Dr. Huo Lu, PhD, Professor of Anatomy, Georgia Campus – Philadelphia College of Osteopathic Medicine (GA-PCOM), where we were studying the effects of Direct Current Stimulation (DCS) on rat Purkinje cells using an in vitro approach. Purkinje cells are neurons found in the cerebellum of the brain. They are thought to not only be responsible for learning, but also the coordination of movement. We hypothesized that by placing a Purkinje cell in an electric field, and alternating the direction of the field, we would be able to change the way these neurons responded. To do this we used a method called patch-clamping where we attached a recording electrode to the membrane of the neurons and recorded how often an action potential was generated.

My first taste of research was during my international baccalaureate program in high school, where I designed an experiment to determine whether the use of nasal strips really did improve an athlete’s ability to perform. Needless to say I was hooked and since then I have worked with various professors on basic science, clinical and epidemiological research projects. Not only was I able to contribute (no matter how small) to our ever expanding understanding of our world, but I was also able to apply my knowledge in a real world setting where I had to critically think to solve problems.

What experience do you have with conducting research?

Prior to working in Dr. Lu’s lab, I worked in a neurosurgery lab at Emory University School of Medicine where I assisted in determining the efficacy of neuroregeneration by performing sub-retinal injections in mice. I also worked with the Grady Trauma Project at Grady Memorial Hospital where I interviewed patients to determine the clinical and physiological implications of trauma exposure on the development of Post-Traumatic Stress Disorder. During my MPH, I performed a genome-wide association study for my thesis project on how genetic variants associated with Toxoplasma gondii infection affected the risk of developing schizophrenia.

Along with two other osteopathic students (Tracy Phan (DO ’20) and Cameron Moore (DO ’20), I conducted experiments by collecting Purkinje cells from rats, patch-clamping these neurons, and recording the action potential firing rates as we switched between anodal and cathodal current stimulation. Using the data collected from these experiments I wrote a data analysis code that allowed for the interpretation of our results. I prepared and presented this data as a poster at GA-PCOM’s annual Research Day in May.

The hypoplasia or atrophy of Purkinje cells in the cerebellum has been implicated in many conditions, most notably cerebellar ataxia. Cerebellar ataxia encompasses a wide range of neurological disorders characterized by a lack of coordinated movements that affect the quality of life for an individual. Recently, transcranial Direct Current Stimulation (tDCS) has been shown to be a possible therapy of cerebellar ataxia in humans. However, the exact mechanism of how this treatment improves the condition remains a mystery. Using an in vitro approach and applying DCS to neurons found in the cerebellum, we want to understand how electric fields alter the way neurons respond. By comprehending how the single cell responds, we can start to recognize how tDCS affects groups of neurons, such as those found in the cerebellum.