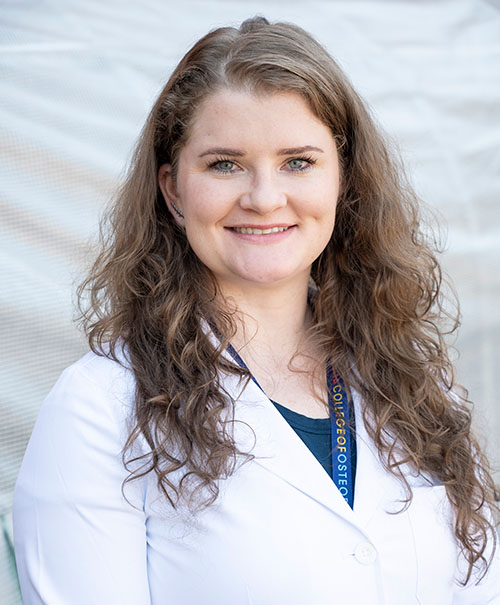 Jaci Carithers earned a Bachelor of Science degree in Biomedical Engineering from Georgia Tech in 2015. She then earned a Master's degree in Biomedical Sciences from PCOM Georgia in the spring of 2022. In addition, she earned a Certificate of Advanced Graduate Studies in Organizational Development and Leadership from PCOM Georgia before matriculating into the Doctor of Osteopathic Medicine program in the fall of 2022.

Lead contamination in our environment has been a constant presence since ancient times, but particularly in the past century, it became a major issue with its use in tetraethyl leaded gasoline as well as in household items such as lead-based paints. At first, the benefits outweighed the health concerns, with tetraethyl leaded gasoline preventing the knocking of car engines in the 1920s along with lead-based paints depicting vivid colors and demonstrating durability and moisture resistance when used on house exteriors.

Not until the 1980s were these lead-based products predominately phased out when it was found that gasoline exhaust created a thick layer of lead particles in the surrounding environment, particularly in urban areas where lead poisoning cases increased. In addition, it was discovered that children who ingested a significant amount of lead-based paint chips from aging home exteriors had fatal levels of lead concentrated in their systems. Since then, regulations have been established to control the use of lead, but remnants of its use can still be found today in the soil in immediate proximity to these lead-based items and industries.

In graduate school, I became interested in evaluating lead contamination in soil after meeting with Eri Saikawa, PhD, associate professor and the director of Emory Climate Talks at Emory University, who performs similar research in the Atlanta area. She aided in the discovery of the current Westside Lead Superfund Site in Atlanta, where improperly disposed of lead-based slag (a by-product of smelting) was discovered. Because of her research, the EPA is currently heading the remediation of the general vicinity in locations where significant levels of lead contamination were found. 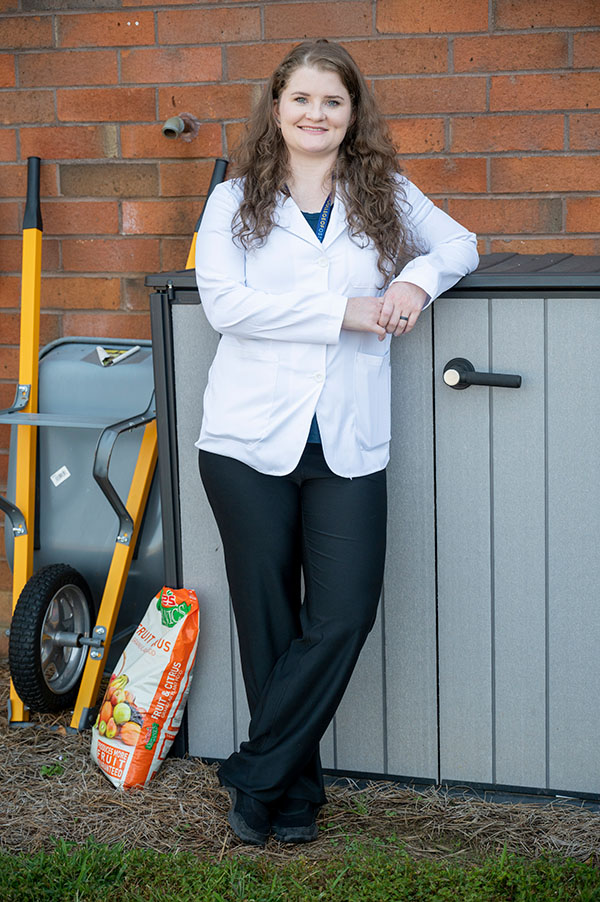 I researched soil lead contamination as part of my General Studies Capstone project for my masters of science degree and with the help of my classmates was able to conduct a pilot study by collecting soil samples from households located throughout Gwinnett County. Through collaborating with Dr. Saikawa, I analyzed soil samples through the Emory lab's XRF analyzer, a handheld X-ray fluorescent device that uses ionizing x-ray radiation to identify the elemental composition of materials. Thankfully, the soil samples collected for the pilot study did not show signs of significant lead contamination that would warrant further evaluation.

In addition to this research, I performed a literature review on the effects of lead contamination on human development. This research has helped to shape how I wish to approach patient care in the future because it has taught me that a patient's health and wellness can be significantly impacted by their environment. This is especially important for those exhibiting signs of lead poisoning because, in most cases, the symptoms are easily confused with other ailments and a diagnosis requires testing for blood lead levels, which may not be considered routine bloodwork for certain differential diagnoses.

I pursued research out of general interest to learn more about the human body. It began with a fascination for lymph node morphology, where I conducted histological research on various animal lymph nodes at Columbus State University in Columbus, Georgia. I attended Columbus State as part of the Regents Engineering Transfer Program prior to transferring to Georgia Tech. This led to my reading through literature on various aspects of the human body. Whenever an opportunity allowed me to research a subject further, I was excited to do so.

In addition to the research I conducted at Columbus State, I performed two years of undergraduate research focusing on the Fontan procedure in the Cardiovascular Fluid Mechanics Laboratory at Georgia Tech. I presented my findings at the 2014 Pediatric Research Conference in both a rapid-fire presentation and a poster presentation on the "Effect of Exercise on Bifurcated Y-graft Fontan Total Cavopulmonary Connection." The Fontan procedure is the third palliative surgery of three total surgeries to correct for patients born with single ventricle congenital heart defects. The lab utilizes medical imaging and previously developed tools to reconstruct patient-specific anatomy and flow with the goal of analyzing the anatomy and creating surgical planning options that are suggested to clinical teams for implementation.

I was considered the head researcher in the group that later formed after I had initiated my Capstone research in soil lead contamination. For the completion of the pilot study, I collaborated with Alexis Katz (DO '24), Philipa Wang (DO '25) and Farmaan Judge (MS/Biomed '23) under the guidance of Brian Matayoshi, PhD, professor of physiology in the Department of Bio-Medical Sciences at PCOM Georgia.

I wish to bring awareness to how environmental factors can be a causative issue in the health and wellness of the patient and can be easily missed or confused with other diagnoses. I also wish for this research project to spark future environmental health research-based projects at PCOM Georgia. So far, we have helped the PCOM Georgia community garden initiative with funding thanks to the PCOM Community-Engaged Faculty Research Fellowship. This fellowship also helped to fund our pilot study research and will be utilized for future projects.