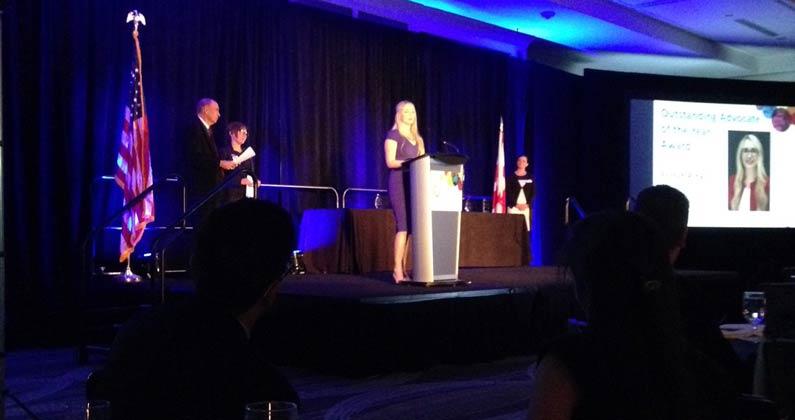 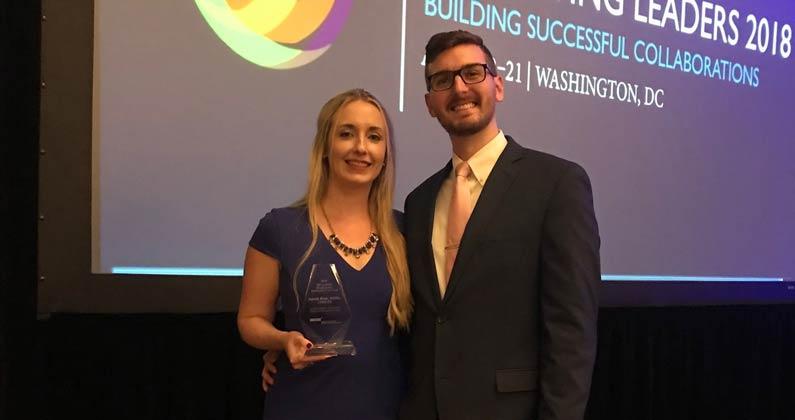 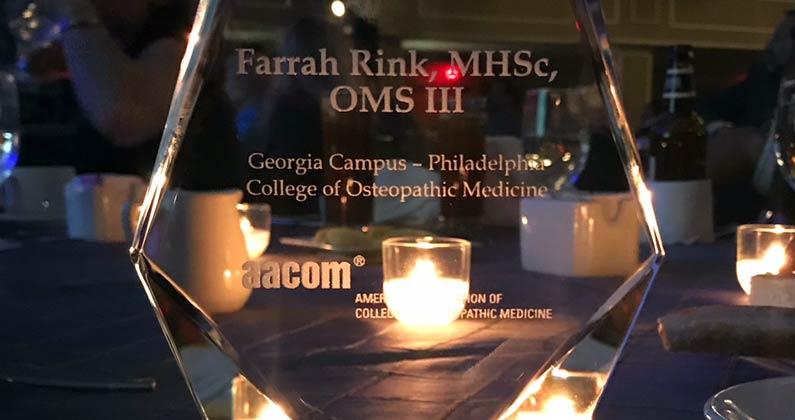 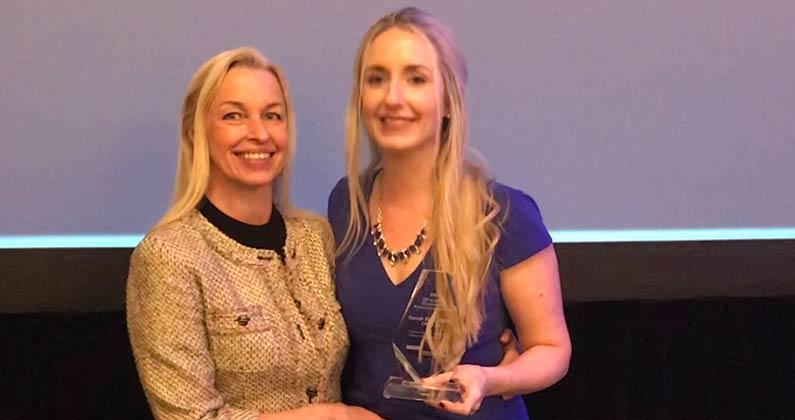 GA-PCOM medical student Farrah Rink (DO ‘19) was honored for her work in advocating for graduate education policies.

AACOM’s ED to MED is a national grassroots campaign which provides students, medical educators and other advocates with a platform to advocate for graduate education policies in the halls of Congress.

A third-year medical student, Rink has taken an active role in both student government and government affairs. According to AACOM’s website, Rink serves as the First Year Liaison on the National Board of Directors for the Omega Beta Iota Political Action Honor Society, served as a member of AACOM’s Council of Osteopathic Student Government President and is an ED to MED campus ambassador. 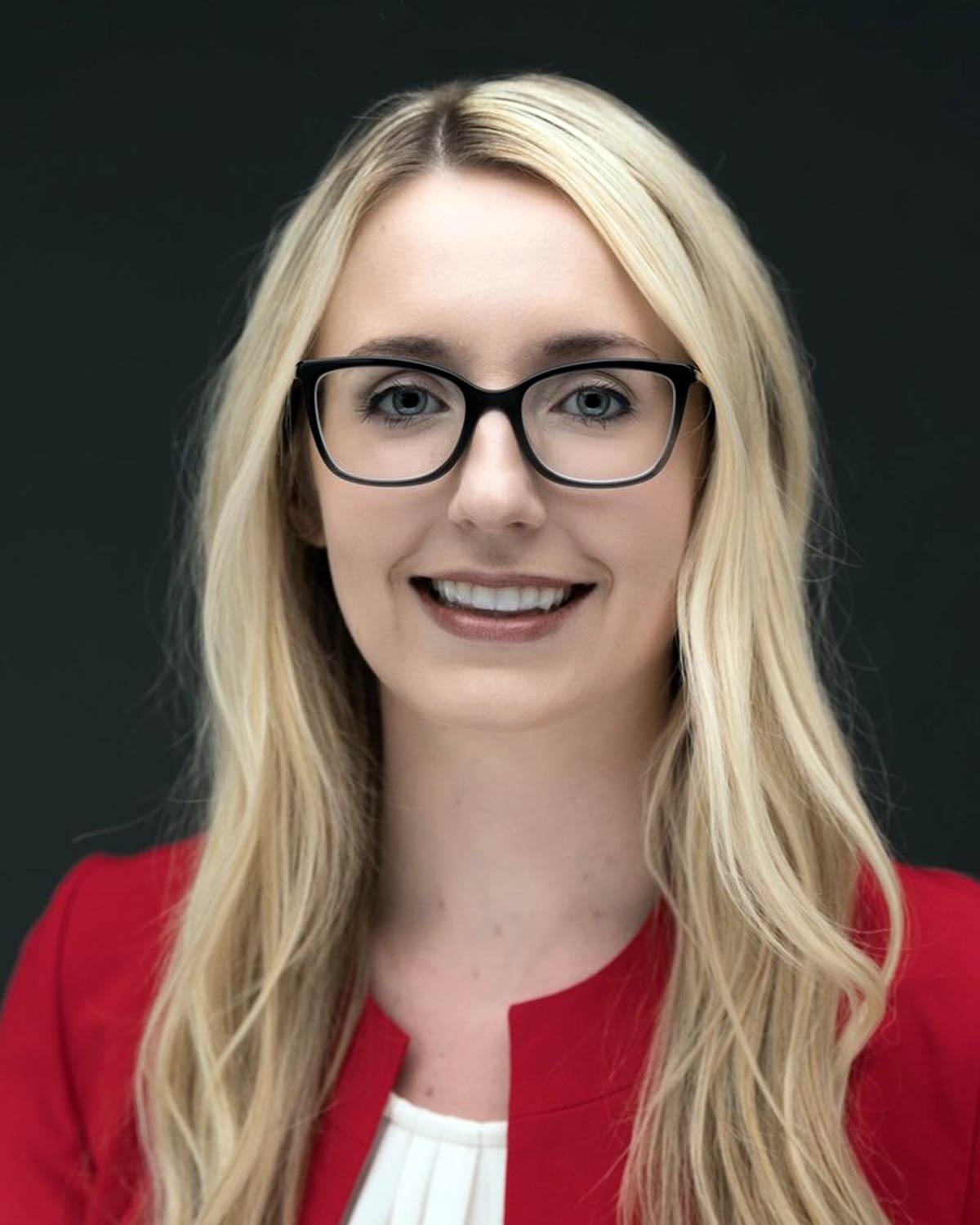 “Student debt of some form affects us all and by using the amazing tools provided by ED to MED, it makes it easy to stay informed and engaged with our legislators,” Rink explained.

Rink is the first in her family to attend college and medical school and has inspired others to become more involved by sharing her story in an ED to MED blog post.

“Prior to med school, I hadn’t done any formal advocacy and it was shocking how much people wanted to hear what I had to say,” Rink said. “The key to remember is that you do have something to say and it’s worth saying. Social media is a great form of advocacy and an easy way to share knowledge and bring attention to important issues.”

Pamela Murphy, AACOM Senior Vice President of Government Relations, said Rink has been a consistently outspoken ED to MED advocate and illustrates how individuals can make a difference by turning advocacy into action.

“As a campus ambassador, she elevates her voice on social media, speaking up strongly on behalf of her fellow osteopathic medical students. In addition, her advocacy efforts inspired her colleagues to become more engaged,” Murphy added.

Rink expressed her gratitude to AACOM, GA-PCOM, the Georgia Osteopathic Medical Association, her mentors, friends and family for the honor.

“This wouldn’t be possible without their support,” she said.

“I was so humbled and honored to receive this honor,” Rink added. “I encourage all students to figure out what you love, reflect on what can be improved on and go with it. The key to making an impact is being consistent over time.”