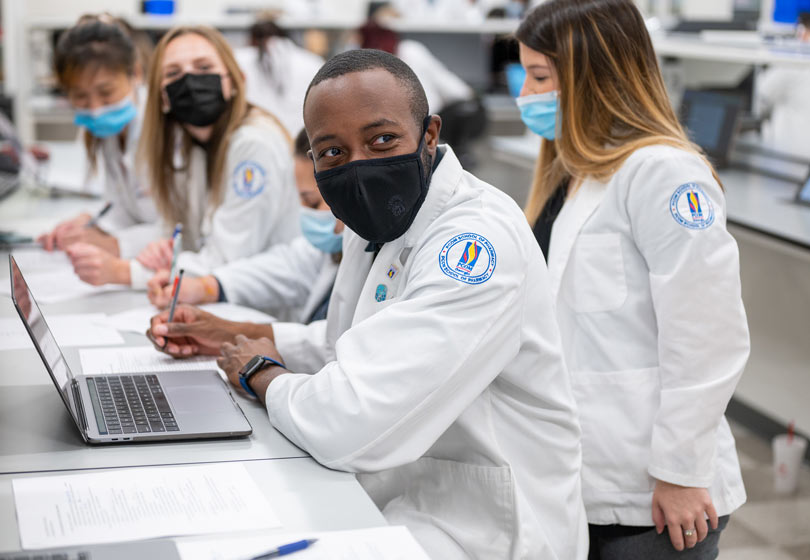 The COVID-19 pandemic has positioned pharmacists front and center in the public eye - for point of care testing, immunizations and access to care, among other healthcare services. As a result, pharmacists are in high demand, especially in primary care and public health roles with some positions commanding significant signing bonuses.

Shawn Spencer, PhD, RPh, dean and chief academic officer of the PCOM School of Pharmacy, posed the question, “Is the expanding scope of pharmacy careers contributing to a rise in job opportunities for pharmacy graduates, especially in the South?”

Importantly, however, data indicates that the South led other parts of the country for non-traditional pharmacy jobs (other than community, hospital and clinical practice) with a 50.3% increase in job postings for occupations such as compounding pharmacist, informatics pharmacist, infusion pharmacist, long-term care pharmacist, nuclear pharmacist and oncology pharmacist.

Dr. Spencer said, “We are, of course, pleased to see a relatively strong market for pharmacists in the South.” In fact, he noted, “the number of on-campus interview requests by employers seeking pharmacists in the PCOM Class of 2022 appears to be returning after a multi-year hiatus.” 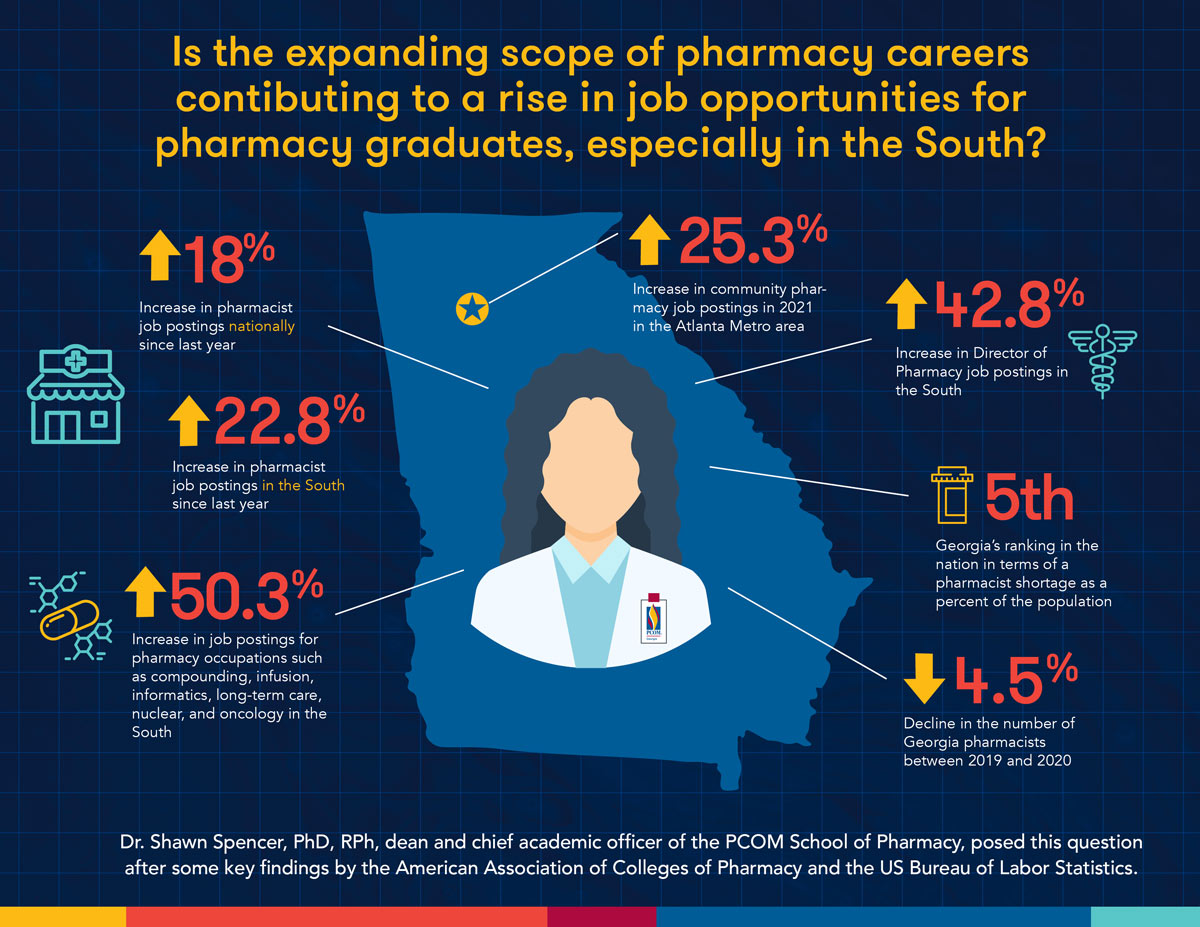 With the eighth largest population in the United States, Georgia has a lower pharmacist per resident ratio than 45 out of 50 states.

Dr. Spencer said, “We will need more pharmacy school applicants in Georgia if we’re going to be closer to the national average in terms of licensed pharmacists in the workforce.”

According to an article in Drug Store News, as of February 2022, job postings with sign-on bonuses as high as $50,000 have been offered in order to help address the pharmacist shortage.

Michael Lee, PhD, assistant dean for professional and student affairs at the PCOM School of Pharmacy said, “This combined data suggests that there is a return to a tremendous demand for pharmacists.”

He noted that an enrollment decline for schools and colleges of pharmacy across the nation over the last several years may ultimately create additional opportunities for those interested in the profession.  Dr. Lee added, “we’re hoping this means the current strength in jobs will continue for the foreseeable future.“