DO Students Named to SNMA Board

Two PCOM Georgia students, Kala Hurst (DO ’22) and Aldwin Soumare (DO ’22), have recently been appointed to the Student National Medical Association Board of Directors. 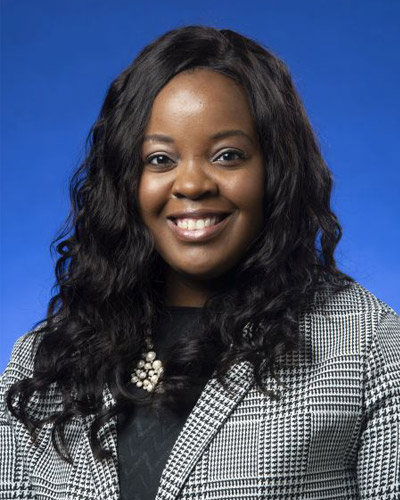 Hurst was appointed to the position of SNMA Region IV director. In this position, she will oversee chapters in the states of Alabama, Georgia, Florida, North Carolina, South Carolina and at Caribbean Schools.

She said, “I feel so honored to be a leader in an organization that has so much history and aligns with my own personal passions. During this tumultuous time, it is even more important to support and enhance the lives of minority medical students and push for substantial change that will increase the betterment for all.”

Hurst earned a Bachelor of Arts degree in Sociology from Emory University, Atlanta, before earning a Master of Science in Biomedical Sciences from PCOM Georgia. While a student at PCOM Georgia, she has coordinated pipeline programs for high school students, led a medical mission trip to Haiti, and served as a student ambassador. She has also served as the president of the SNMA PCOM Georgia chapter and as the Minority Association of Pre-Medical Students Liaison for SNMA. MAPS represents the undergraduate and post-baccalaureate students of SNMA. Her career interests are in internal medicine and dermatology. 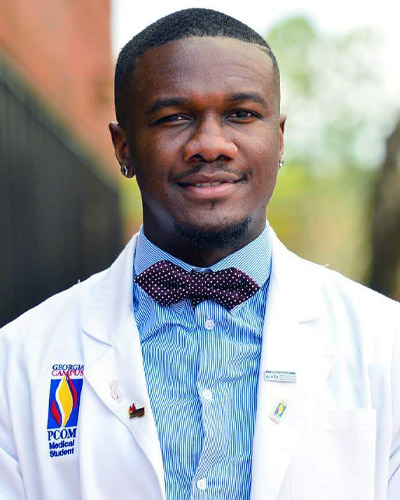 Soumare was appointed to the position of National Osteopathic Affairs Committee co-chairperson. In this position, he will represent, support and encourage osteopathic medical students across the country through leadership, engagement and responsibility. He said he is “elated to provide ways for osteopathic medical students to have their voices heard and represented on a grander scale. This opportunity will create avenues for many students to be mentored, receive funding for SNMA-related events, and cultivate their development as future osteopathic practitioners.”

Soumare earned a Bachelor’s degree in Psychology at Rutgers University-Newark, and then attended Morehouse School of Medicine, Atlanta, where he earned a Master of Medical Science degree. He also earned a Master in Biomedical Professions from Lincoln Memorial University in Harrogate, Tennessee. Soumare has served as chapter president of the PCOM Georgia SNMA and then was elected as a MAPS Liaison for SNMA Region IV. Additionally, he was named PCOM Georgia’s Ambassador of the Year.

Soumare aspires to apply to a neuropsychiatry residency program and hopes to “bridge the gap and utilize my clinical expertise to help communities of color and be an advocate for change.”

He said his opportunities due to SNMA “have extended beyond what I could have envisioned - from meeting with program directors at prestigious programs to currently engaging in research at the Harvard Medical School-Massachusetts General Hospital Department of Psychiatry. The mission to empower underrepresented minorities in medicine and contribute to underserved communities is a mission that continues to resonate with me today. I am forever indebted to SNMA for what it means to me and for allowing me to be a leader,” he said.

Soumare produces a podcast with the purpose of educating and enlightening listeners about societal and cultural topics and his experiences as a medical student. Therefore, it seems fitting that he was also recently named one of the co-hosts for the “Lounge,” the new SNMA podcast. In addition, he curates a blog which highlights his medical school journey.

Learn more about the Doctor of Osteopathic Medicine program at PCOM Georgia.