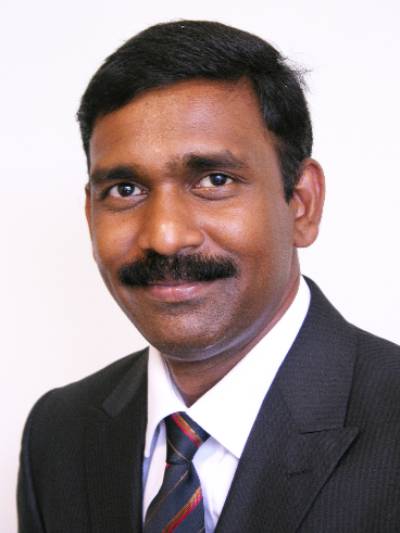 Dr. Shashidharamurthy's initial interest in teaching started during his training towards obtaining a PhD degree. Upon entering the Ph.D program, the most influential of his mentors were those who successfully achieved a career by combining teaching with research. As a graduate student, Dr. Shashidharamurthy learned to appreciate the aspects of teaching and research that an academic career could provide. In addition to teaching, he has also been involved in mentoring and supervising many work-study students, research assistants and postdoctoral fellows.

At PCOM-SOP, Dr. Shashidharamurthy involved in teaching the following courses to PharmD students.

One of the major focuses of Dr. Shashidharamurthy's research is to delineate the molecular mechanism(s) lipocalin-2 (Lcn2) during various autoimmune/inflammatory disorders such as arthritis and lupus. This may eventually lead to development of novel therapeutic approaches. More recently his research has shown that Lcn2 plays a protective role during the pathogenesis of immune-complex mediated arthritis (Arthritis Rheum. 2013;65:1064-73). The preliminary data suggests that Lcn2 knockout mice are defective in the production of anti-inflammatory cytokines and T reg expansion during arthritis condition. These results demonstrate that Lcn2 is a host-protective factor against systemic autoimmune disease. Apart from this project, our laboratory is also focused on: The individual role of FcGamma receptor and complement proteins during the pathogenesis of immune-complex (IC) mediated vasculitis (funded by American Heart Association), Attenuation of IC-mediated inflammation by prostaglandin E2 receptor antagonists and Synergistic effect of IC’s and TLR ligands during IC-mediated inflammatory disorders.

Renowned speaker and Chairing the session (Track:5 Allergy) at 4th international conference on Clinical and Experimental Dermatology too be held at San Antonio, Texas, USA. April 14-16, 2014.