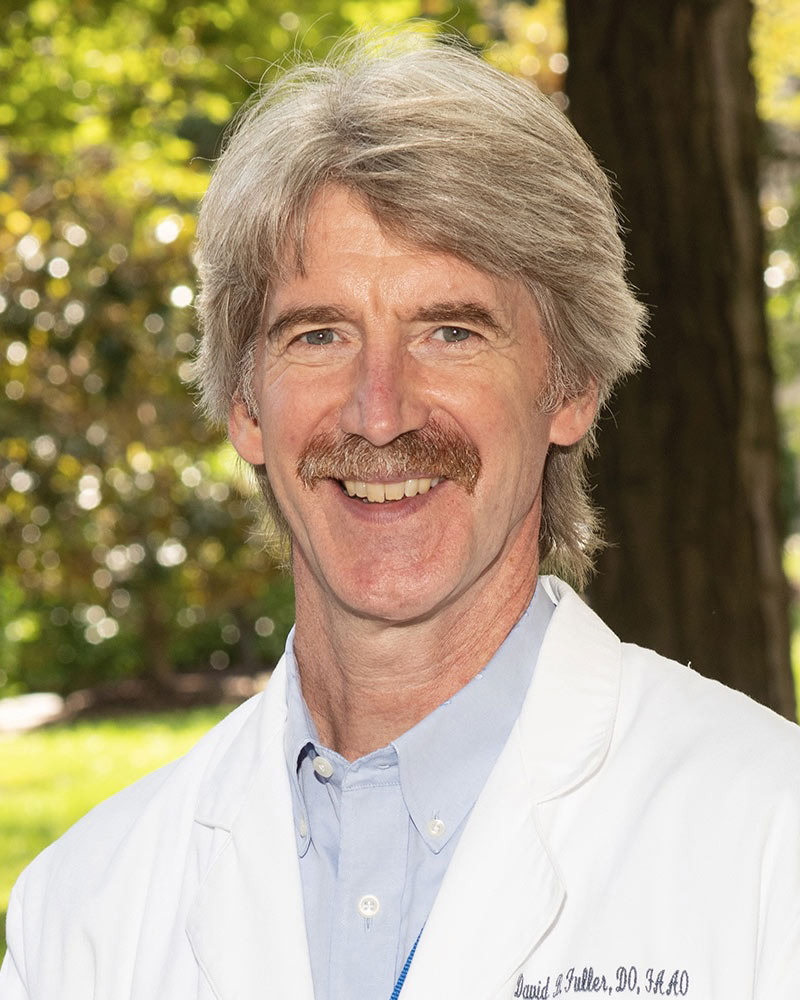 Dr. Fuller is also active in administrative roles at PCOM, serving as the Course Director for the Osteopathic Principles and Practice II course as well as the Practice Management Advisor for the OMM Department.

Associate in the Arts, with distinction, Academy of the New Church College, Bryn Athyn, Pennsylvania, 1985

Fellowship in the National Academy of Osteopathic Medical Educators

Fellowship in the American Academy of Osteopathy

Dr. Fuller became a Fellow of the American Academy of Osteopathy (FAAO) in 2007. Earning the FAAO involves a rigorous process of peer review of written patient cases and an original thesis that makes a unique contribution to the osteopathic profession.

Dr. Fuller continues to serve on the Level 1 Advisory Committee of the NBOME Comprehensive Osteopathic Licensing Examination (COMLEX), which he has been doing since 2018.

Dr. Fuller has been serving on committees with the NBOME since 2001, including serving on the Osteopathic Principles and Practice Item Review Committee for many years. He has been writing test items for the board since 2000.

In January 2017, Dr. Fuller was awarded the NBOME 2016 Item Writer of the Year, COMLEX-USA Examination, Osteopathic Principles and Practice Award.

Peer Reviewer for the Journal of the American Osteopathic Association (JAOA)

Dr. Fuller has been a Peer Reviewer with the JAOA since 2015.