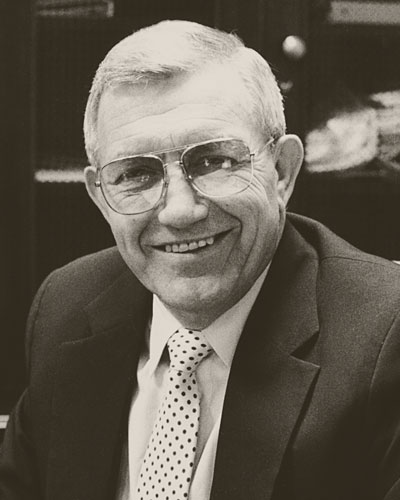 ”Daniel Wisely was a very special gentleman. He came into a profession that was often, and still sometimes is, stigmatized as being rude or blunt. But he was so open, sincere, caring. … Yes, you had to work hard. You had to always be at your best. You had to bring a hundred percent, all the time. But he also recognized the sacrifices of the profession to your personal life, to your family. … I can remember him walking around the hospital, and something might be a bit ajar, and he’d take a moment to help out housekeeping, or pause while a nurse was with a patient rather than come in with a bluster. … When I was a resident in surgery, there weren’t that many of us, and you might be unable to get any time off. He’d say, ‘I’ll cover for you. I got this. You need to go home; you’ve been on for three weeks in a row.’… He was a consummate surgeon. I don’t think I ever saw him falter or sweat. He called himself a little country doctor, but his skills were just phenomenal. He had these big hands but such a subtle touch. … He was proud of all his residents and graduates, and of their successes over time. He had an ability to see not only people’s potential, but to take the next step of saying, ‘What can I do to help?’ … He wouldn’t let you in real close to him personally; he was a quiet and private man. But you knew he really cared. … He always made the time when the time was necessary. He just seemed to know. He had a great skillset of people understanding—listening, interpreting, getting to the bottom of something, not just reacting in a moment in time. Today, you can read all the books on management, but this was another era. How did he do it? … If I’m going into a difficult situation, whether to talk to a family about a loved one who is maybe going to pass, or to have a difficult conversation about something at work, I often think about the demeanor that he drew upon. And so it’s more than ‘What would Dan do?’—of course, we never would have called him Dan!—but ‘Without losing himself, how did he find the space to give everyone their due, their necessary attention? What was the essence?’”