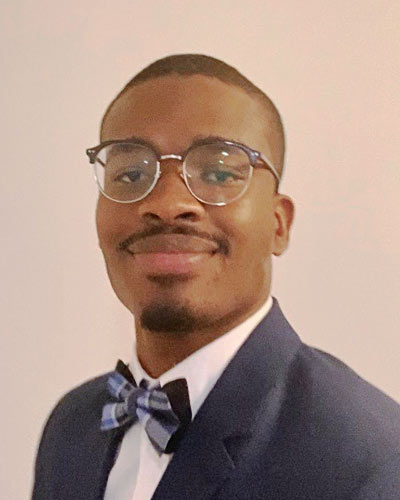 Jovante Dockery (MS/Biomed ’22) decided to pursue a healthcare career because many of his family members and friends disliked going to the doctor. He noted that they reported “there weren’t too many doctors who looked like them” and “they had heard of people not being treated fairly by doctors in the hospital.”

This same reluctance to see a doctor hit close to home when Dockery’s mother experienced continual headaches and was eventually diagnosed with a benign brain tumor.

“Seeing my mother postpone going to the doctor for her headaches made me realize that there are many people who do the same thing and are sometimes not as fortunate as my mother,” he said.

“This experience led me to pursue a career as a physician who will listen to my patients and communicate with them so that they are comfortable with me. I want them to trust me to have a say in their healthcare experience.”

Dockery is graduating from PCOM Georgia’s Biomedical Sciences master’s degree program on July 26 and will matriculate with the class of 2026 into the Doctor of Osteopathic Medicine program.

A collegiate track athlete at Wingate University in North Carolina who prioritized track during his undergraduate years, Dockery pursued the master’s degree because he said, “I knew I needed challenging classes that would help me learn how to study for the intensity that is expected of medical students.”

While at Wingate, Dockery discovered Philadelphia College of Osteopathic Medicine during his senior year while attending a conference, the 2019 Annual Biomedical Research Conference for Minoritized Scientists, in Anaheim, California. There he met a PCOM admissions recruiter who encouraged him to explore the College’s master’s degree program. The rest is history, and he has nothing but praise for the College’s staff and faculty members.

“The staff at PCOM Georgia are above and beyond when it comes to helping their students reach their goals and preparing them for the future. Each faculty member I encountered in the Biomedical Sciences program took their time to help me whenever I had a question. They also pushed me and helped me learn to stop doubting myself.”

“My time at PCOM Georgia has led to me becoming a better student and overall person, which is one of the main reasons why I chose PCOM Georgia as my number one medical school,” he said.

During his years in school, Dockery has volunteered at the Grace Village Medical Clinic in Clarkston, Georgia, a healthcare clinic for individuals who are uninsured or underinsured. As a volunteer, he either directs patients to their appointments, works in the phlebotomy lab or shadows physicians.

“This is a cool experience because I really like learning from doctors and seeing how they go above and beyond for their patients,” he said. I get to interact with doctors from PCOM Georgia, Emory University, and surrounding areas which gives me opportunities to learn from different doctors with different experiences and training.”

He is also employed as a work-study student for the Office of Student Affairs assigned to the campus gym. As part of his employment, he helps with commencement ceremonies at which he “watches students fulfill their dreams. This inspires me to continue working hard because I want to walk across the graduation stage as a DO in 2026,” he said.

There are other benefits. “During my time with Student Affairs, I have met some amazing people who have challenged me to grow as a person, and have also put constant smiles on my face when I am stressed.”

He also appreciates his PCOM Georgia mentor, Shu Zhu, MD, PhD, associate professor of physiology, “for challenging me to grow as a student and individual, as well as always being there to help anyway she can.” 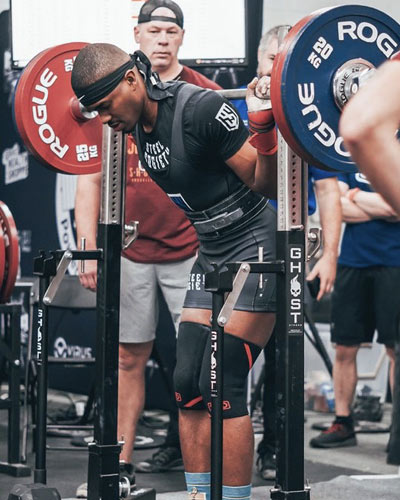 Aside from volunteering and working, Dockery finds time to powerlift and competes in competitions. He is currently qualified to compete in the United States Powerlifting Association Drug Tested 2023 Nationals in Las Vegas. He appreciates the coaching of Kevin Wang, a second year student at PCOM Georgia.

He is active in student clubs including the Christian Medical and Dental Association, the Pediatrics Club and the PCOM Georgia Global Health Initiative Club.

Dockery envisions his future either as a pediatrician working in an emergency department or as an orthopedic surgeon. He aspires to have a wife and three children.

“I hope that all of my kids love sports, and that at least one of them would like to run track or compete in powerlifting,” he said. “I plan to be a father who is involved in his children’s lives and is there for his entire family, just like my dad is still to this day.”

His parents, Tammy and John Dockery, inspire him “because they sacrificed so much for me to get to where I am today. Others encourage him as well including Dr. Acchia Albury and her son, Odin, who treated him like family during his time at Wingate University and continue to stay in touch with him.

He is also inspired by his peers and close friends “because they challenge me as much as I challenge them. I truly believe that without any of these people, I would not be in the position that I am in today, and I am forever grateful.”

To those coming behind him, Dockery said, “My advice would be to trust the process; believe in yourself even when you feel like no one else believes in you. Remember why you are going through this journey and what your end goals are.”