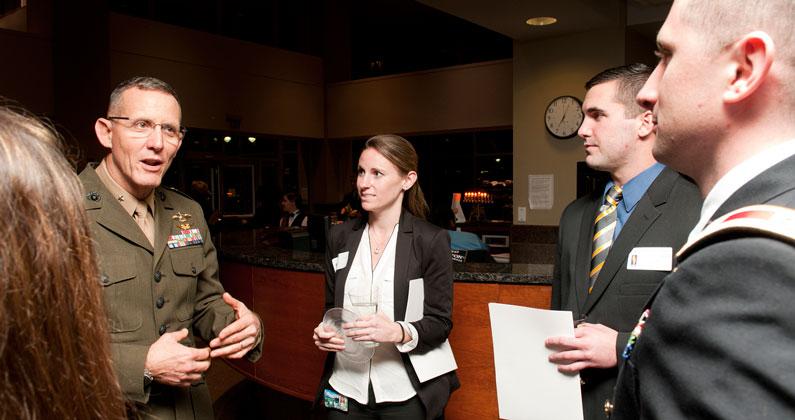 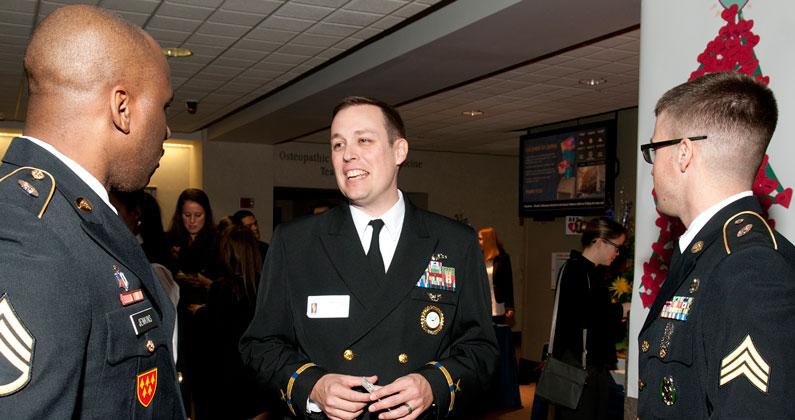 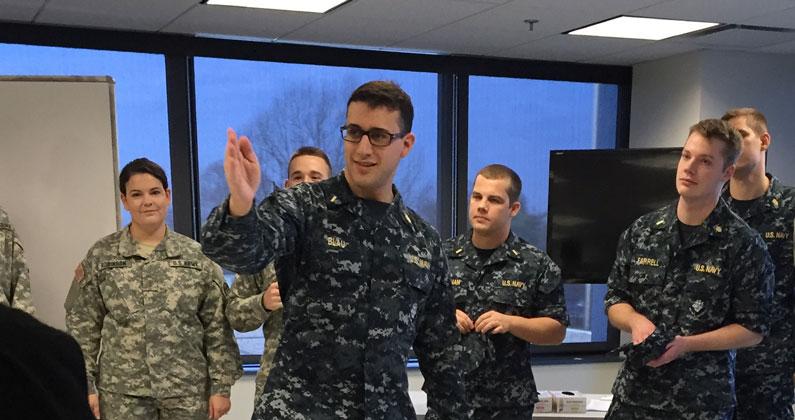 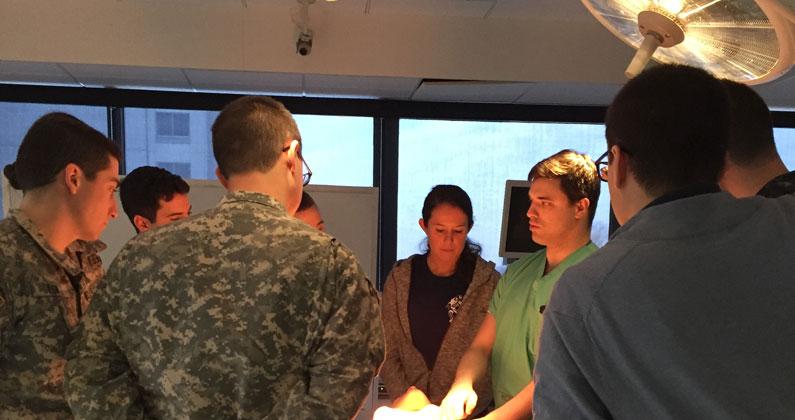 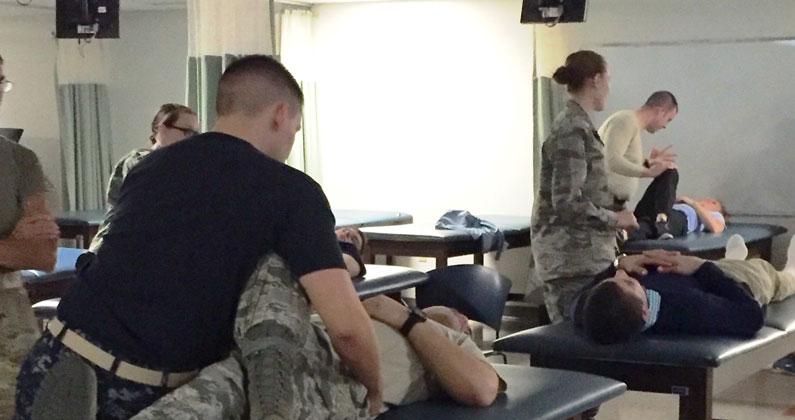 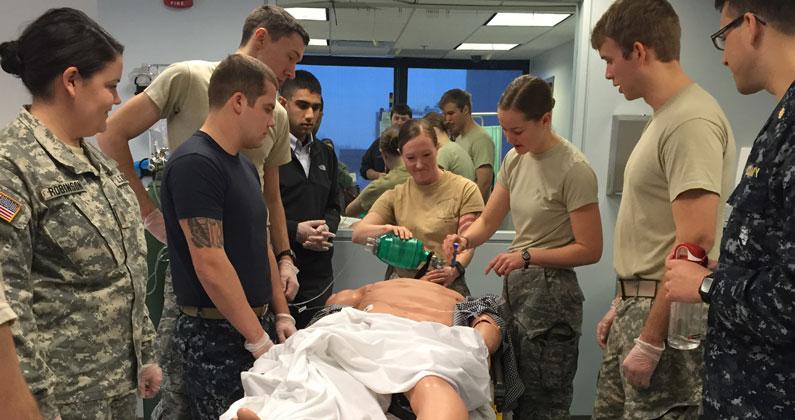 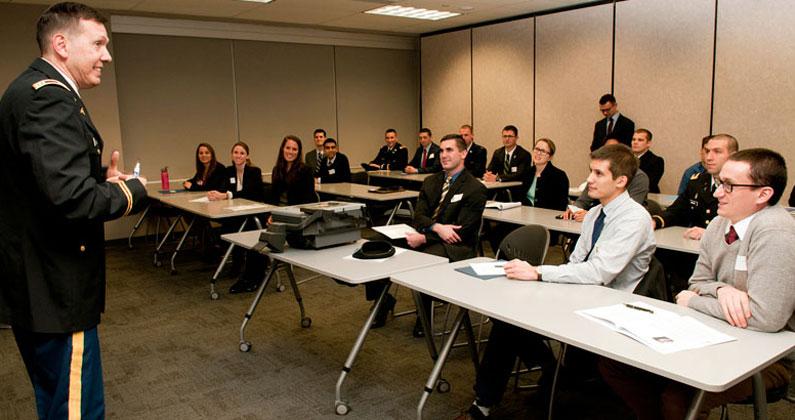 The very founding of osteopathic medicine and the armed forces are inextricably linked; the father of osteopathic medicine, AT Still, served in the 21th Regiment of the Kansas State Militia during the Civil War. Osteopathic physicians (DOs) who serve in the military have often used their additional training in osteopathic manipulative medicine (OMM) to relieve pain and treat injuries on the battlefield, when medication or other treatments could not be readily available.

To raise awareness of osteopathic medicine’s role in the military, the PCOM chapter of the Student Association of Military Osteopathic Physicians & Surgeons (SAMOPS) and the PCOM President’s Diversity Council Subcommittee for Military Members, Veterans/Discharged and Their Families, recently presented the third annual Military Medical Student Symposium for DO and MD students.

“Soldiers are a mix of warrior and athlete,” says C. Woodworth Parker, MS (DO ’16), national president of SAMOPS and an ensign in the U.S. Navy. “They often develop somatic dysfunctions in the body that OMT could be helpful in treating. And, many MD students have never seen OMT done, so this is a way to expose them to another treatment modality.

Events like this are unique,” he added. “Military medical students get to meet with colleagues, ranking members of our community, and learn more about our specific niche of medicine.”