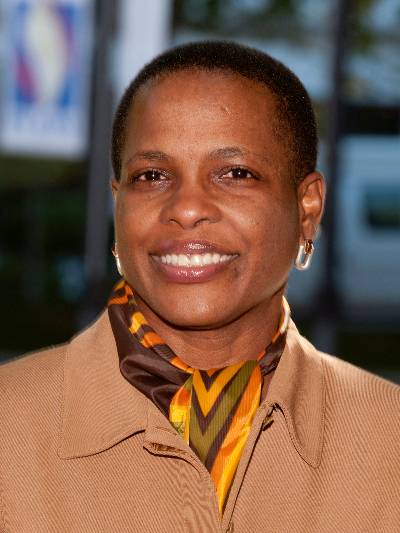 Lisa McBride, PhD, chief diversity officer at Philadelphia College of Osteopathic Medicine (PCOM) recently received the Diversity Visionary Award from INSIGHT Into Diversity magazine—the oldest and largest diversity-focused publication in higher education. According to INSIGHT Into Diversity, that award is the only national individual honor of its kind; it was presented to Dr. McBride as a tribute to her significant contributions to diversity in higher education.

Dr. McBride joined PCOM in March 2013 and immediately founded the Office of Diversity, which is dedicated to ensuring a safe, welcoming and productive environment for all students, faculty and staff on both campuses of the College.

Under Dr. McBride’s direction, the Office of Diversity has undertaken several initiatives to further its mission, including: implementation of the President’s Diversity Council, which drives strategic execution of the diversity plan across the College; partnering with several minority-focused higher education organizations to actively recruit more minority students and faculty members; creation of a cultural competency series for first- and second-year DO students; creation and management of a Campus Climate Survey, to better understand the current state of the College’s learning and working environment; implementation of LGBT Safe Zone training; and conducting training sessions on topics such as the Americans with Disabilities Act, sexual harassment awareness and prevention and Title IX.

Dr. McBride shares credit for the honor with those who have encouraged and influenced her. “Though I am selected for such honor, I praise many members within the Philadelphia College of Osteopathic Medicine community who were committed to channeling change and their appeal to collective impact,” she said. “This honor is also a testament to the many mentors I have had and the impact of their teachable moments on my growth.”

Lenore Pearlstein, publisher of INSIGHT into Diversity, called Dr. McBride, “an inspiration to all of us who are working so diligently to make a difference in the lives of all underrepresented individuals.” In September, PCOM received the Higher Education Excellence in Diversity Award from INSIGHT Into Diversity, which recognizes U.S. colleges and universities that demonstrate an outstanding commitment to diversity and inclusion. PCOM is the first and only osteopathic medical school thus far to receive that award.

Prior to joining PCOM, Dr. McBride served as special assistant to the president for equity and diversity and university ombudsperson at California University of Pennsylvania. She earned her doctor of philosophy degree in conflict analysis and resolution from Nova Southeastern University, and her master of science and bachelor of science degrees in criminology from Indiana State University.