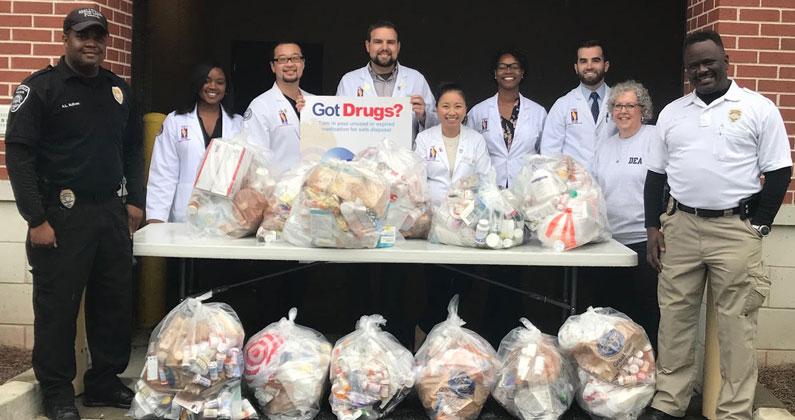 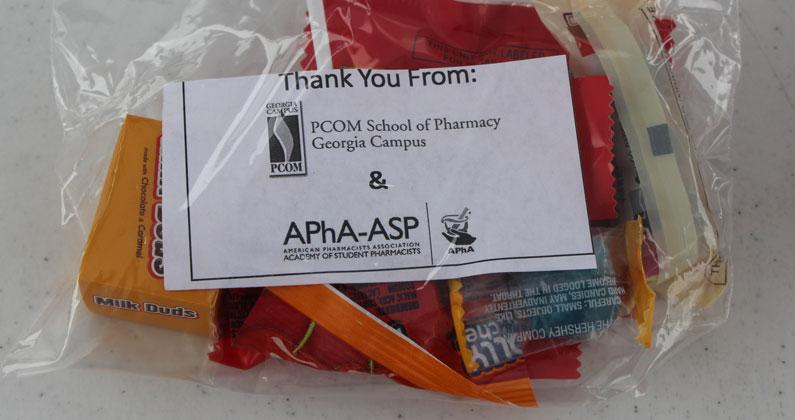 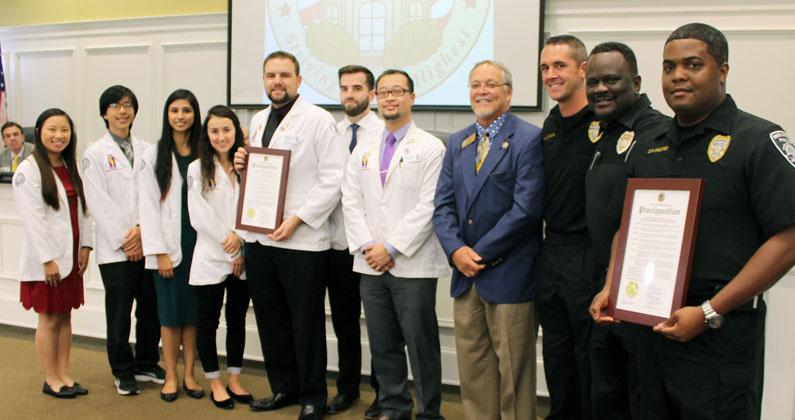 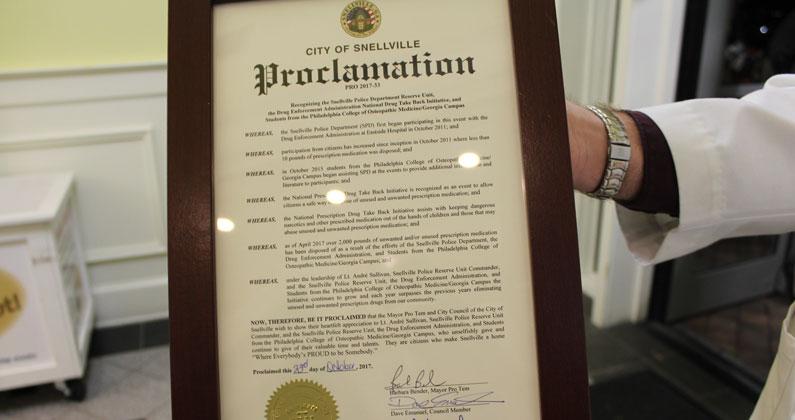 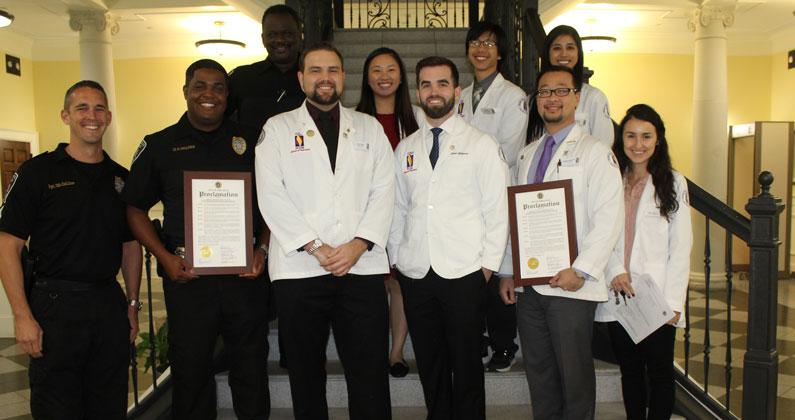 Along with the Snellville Police Department and the Drug Enforcement Administration (DEA) National Drug Take Back initiative, students from the PCOM School of Pharmacy were recognized by the Snellville City Council on October 23 for their work in helping to keep narcotics and other prescribed medications out of the hands of children and those that may abuse unused and unwanted prescription medications.

Seven second-, third- and fourth-year students were on hand to represent the PCOM students, members of the American Pharmacy Association Academy of Student Pharmacists (APhA-ASP), the American Society of Health-System Pharmacists and Kappa Psi pharmaceutical fraternity, who regularly participate in the twice a year National Prescription Drug Take Back Day. GA-PCOM’s chapter of APhA-ASP has led the partnership with the police department and the DEA since 2015.

Wesley Fischer (PharmD ’19), president of the Pharmacy Council and APhA-ASP Generation RxChair, said, “Those of us in attendance were honored to be recognized by the City of Snellville for our continued efforts to eliminate excess medications within the community.” He added, “Our continued coordination with the local police force and DEA help to build a safer environment throughout the region, and being observed for these accomplishments was appreciated.”

On Saturday, October 28, the biannual Drug Take Back Day was held and, according to AphA-ASP Chapter President Ricky Ayoung-Chee (PharmD ’19), 243 pounds of prescription medications were collected at the Snellville event. Participating, along with Fischer and Ayoung-Chee, were Linda Nguyen (PharmD ’19), Brad Allgood (PharmD ‘20), Nikki Dillard (PharmD ’21) and Nandi Rosier (PharmD ’21).