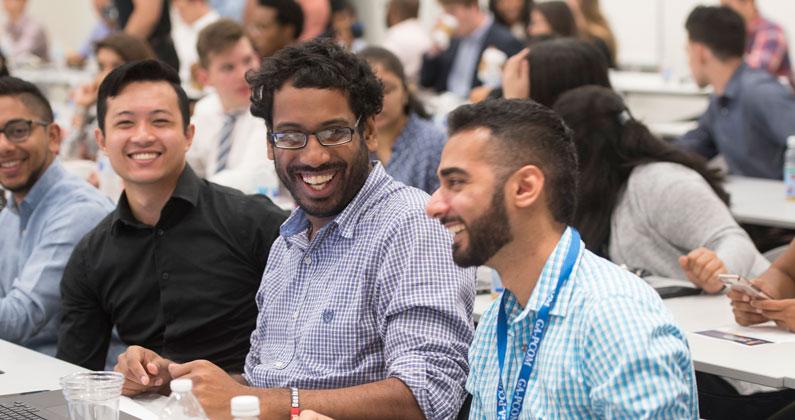 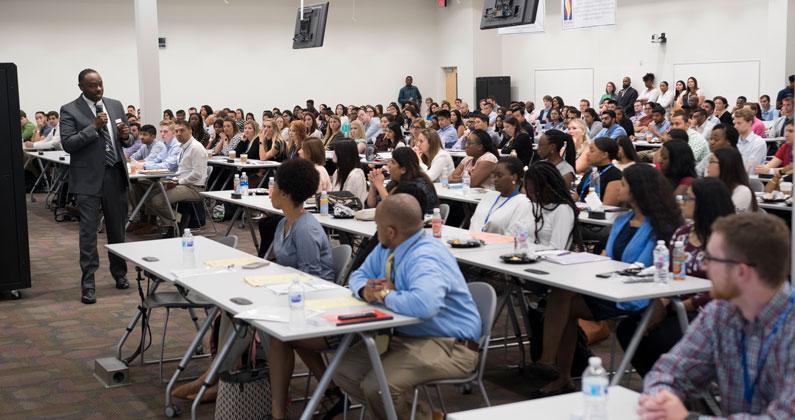 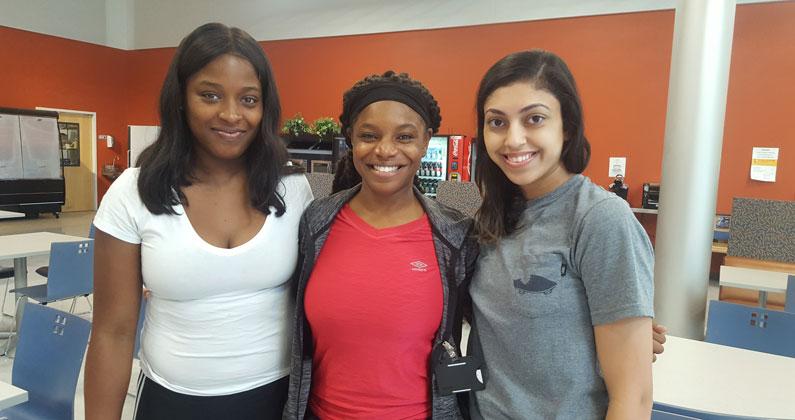 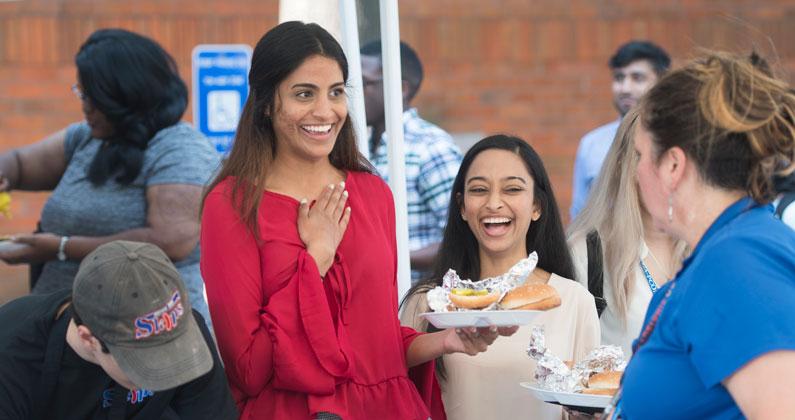 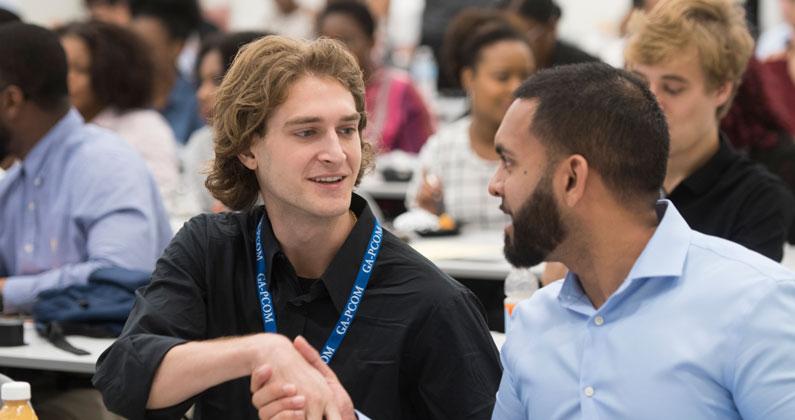 Three pharmacy students—one from Baltimore, Maryland, another from Woodstock, Georgia, and a third from Fairburn, Georgia—bonded as they worked their way through the various orientation tasks.

What led this trio to pursue doctorate degrees in pharmacy?

Ruth Pierre, a graduate of Clayton State University in Morrow, Georgia, shared that her maternal great-grandfather was a pharmacist in Haiti. “I witnessed him making people feel better,” she said.

Chioma Eneremadu was introduced to the profession through her uncle who was an independent pharmacist. She became a pharmacy technician and eventually decided that becoming a pharmacist was the right career for her.

Amanda Aiad grew up in close proximity to her grandparents. “I was around medications from a young age, so I felt comfortable going into the pharmacy profession,” she said.

The three women, along with fellow students, were fitted for white coats, completed requirements for basic life support certification, heard from the college president and provost, along with many other college representatives, and attended a financial aid budgeting session.

It was not all work and no play, though. Student Government Association representatives invited the students to an 80s and 90s skate night and a movies and mixer activity to facilitate the getting to know you process. And local PCOM alumni greeted new GA-PCOM students at a Welcome Party held at the Gwinnett Stripers vs. Norfolk Tides baseball game at Coolray Field in Lawrenceville, Georgia.

While enjoying an outdoor cookout, they also got a taste of the volunteer activity that takes place on campus as they were urged to sign up for this coming weekend’s  11th annual Old Peachtree Road Race. The 5K race which begins on campus on Saturday, August 18 at 8 a.m. is sponsored by the Student Osteopathic Medical Association and supports Extra Special People which serves children and young adults with developmental disabilities.

Orientation Week, a virtual whirlwind of activities, prepared the students to become official members of the PCOM family, a group of people bound together since 1899 by their dedication to professional and graduate education in medicine, health and behavioral sciences.