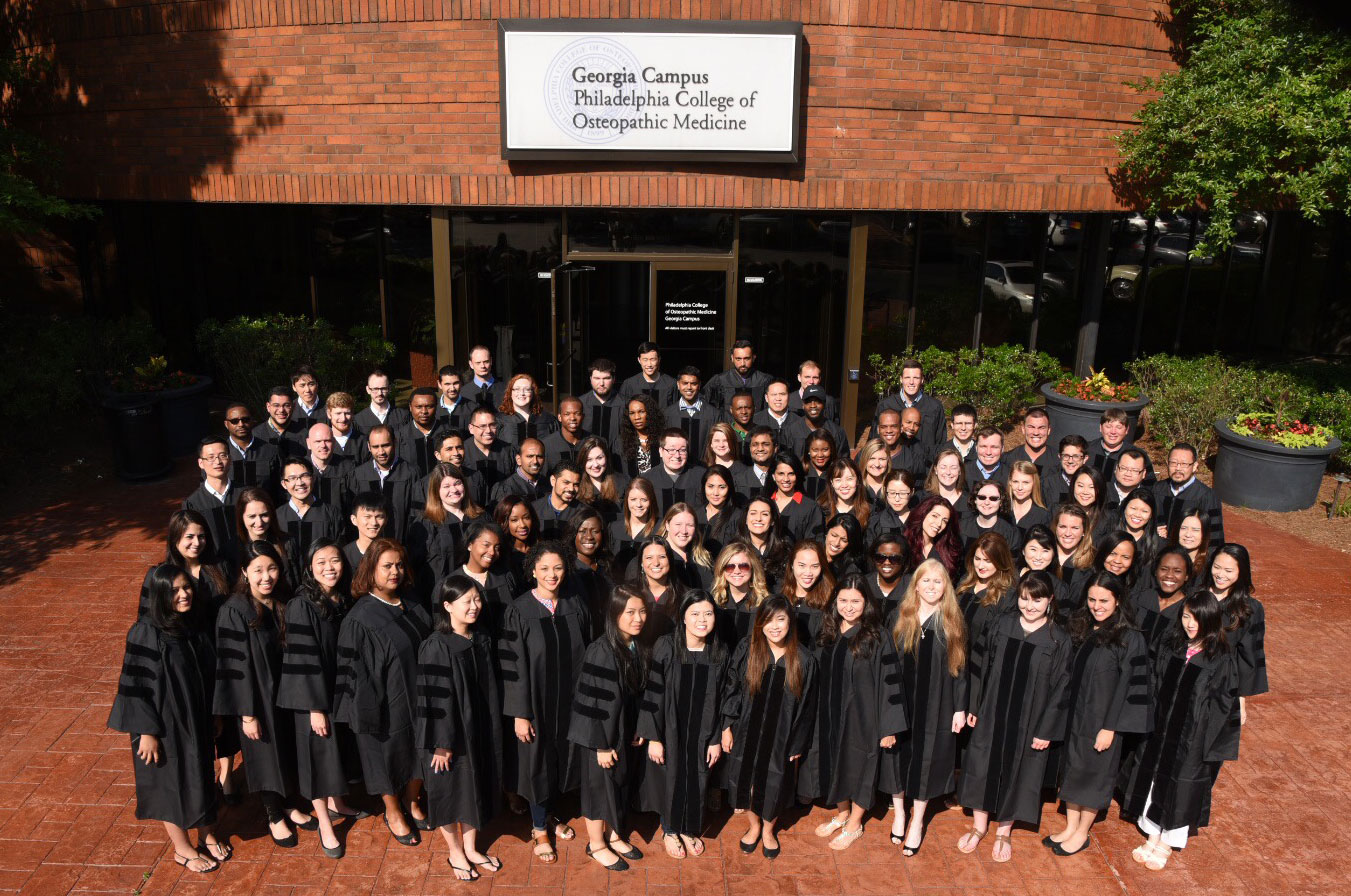 School of Pharmacy Class of 2016

Georgia Campus—Philadelphia College of Osteopathic Medicine (GA-PCOM) will hold the College’s eighth annual commencement ceremonies on Friday, May 27 in the Tommy P. Hughes Grand Ballroom at the Infinite Energy Center in Duluth.

At 11 a.m., about 58 candidates will receive Master of Science in Biomedical Sciences degrees, and around 100 students will be awarded Doctor of Pharmacy degrees from Philadelphia College of Osteopathic Medicine (PCOM) School of Pharmacy. The Class of 2016 is the third graduating class for PCOM School of Pharmacy which is located on the Georgia Campus. During a second ceremony at 3:30 p.m., about 128 students will be awarded Doctor of Osteopathic Medicine (DO) degrees.

The commencement ceremonies will each feature a distinguished speaker. United States Representative Earl L. “Buddy” Carter will address the graduates at the 11 a.m. ceremony. The only pharmacist currently in Congress, Carter is serving his first term in the United States House of Representatives and is a member of the Education and the Workforce Committee, as well as the committees on Homeland Security and Oversight and Government Reform.

In honor of the graduating students, the College hosted a Commencement Dinner Dance at the Infinite Energy Center on May 24. Other pre-commencement activities have included honors brunches, graduation rehearsals, and class photographs followed by a barbecue.