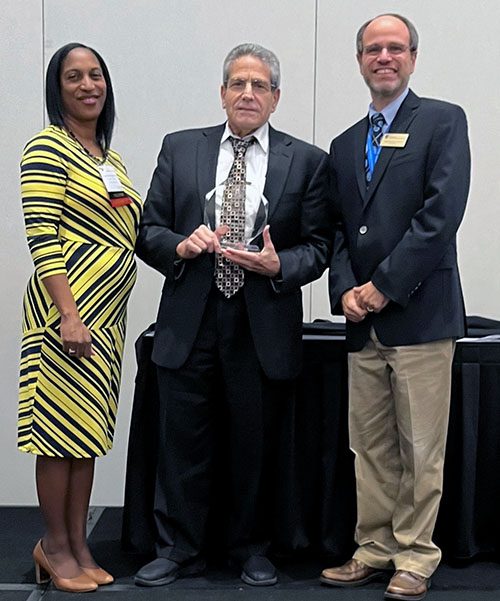 Gary Freed, DO, FAAP, FACOP, a member of the PCOM Georgia Doctor of Osteopathic Medicine (DO) clinical education department, received the Leila D. Denmark Lifetime Achievement Award from the Georgia chapter of the American Academy of Pediatrics on Friday, November 18. The award recognizes his lifetime of work and contributions to the pediatric profession and is the highest award the Georgia chapter bestows.

The award is named after Leila Daughtry Denmark, MD, one of the first women pediatricians in Georgia who was among the oldest known practicing physicians until her retirement at the age of 103, after 73 years in practice. She died at the age of 114 in April 2021. Award winners are selected by a nominating committee of their peers in recognition of their accomplishments, according to the association's Michelle Hudson.

Dr. Freed, who retired from Emory University School of Medicine in 2017 and began teaching at PCOM Georgia two days later, is the first Doctor of Osteopathic Medicine to receive this honor in the state. 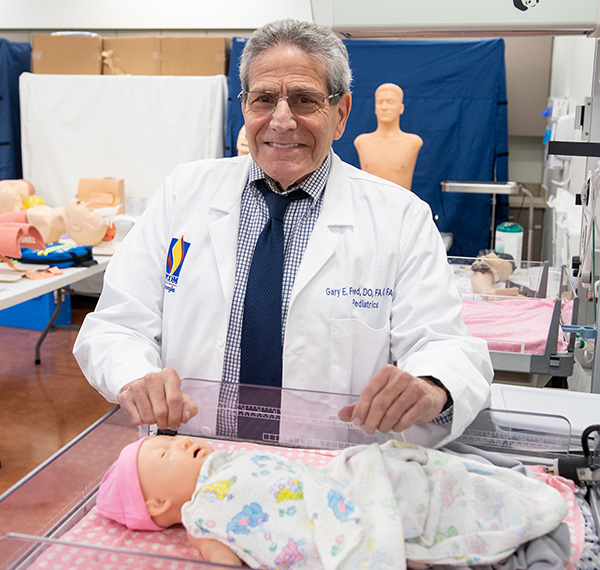 Before his retirement from clinical medicine, Dr. Freed was considered one of the leading “experts” on Sudden Infant Death Syndrome (SIDS) and Safe Sleep in Georgia by the Georgia Chapter of the American Academy of Pediatrics due to his 30 years of work in this area. During his neonatology fellowship training at Robert Wood Johnson in Camden, New Jersey, he conducted research and worked with the program head at one of the only SIDS clinics in southern New Jersey. After graduating, he accepted a position as the clinical director of the American SIDS Institute in Atlanta in 1987.

He then worked through Emory University School of Medicine as the director of the term and intermediate care nurseries at Grady Memorial Hospital. He soon established an outpatient clinic to follow the babies who had advanced from the neonatal intensive care unit at the Emory system of nurseries. Soon, other neonatologists began sending their babies to the clinic for follow-up and a statewide program for children experiencing infant apnea began. 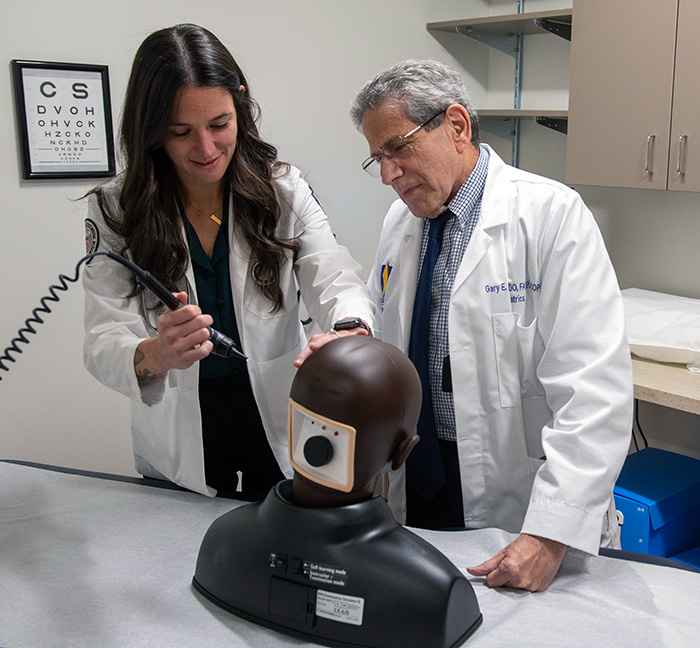 “PCOM is blessed to have Dr. Freed as a faculty member,” Donald W. Penney, MD, MSc, FACEP, said. The chair of clinical education at PCOM Georgia, he added, “Through his lifelong work with the SIDS Foundation and his wise counsel to his patients and their families, his residents and his students, I can postulate the vast number of SIDS deaths that have been prevented.”

Dr. Freed earned his undergraduate degree at the University of Pittsburgh, before earning a medical degree at the College of Osteopathic Medicine at Des Moines University. He completed a residency in pediatrics at Thomas Jefferson University in Philadelphia, and then a neonatology fellowship.

He has earned additional awards and honors including the 2014 Joseph Snitzer Award for Clinical Excellence, the 1996 Pediatric Teacher of the Year award at Emory University School of Medicine and Emory Academic Teaching Awards in 2000 and 2001.

To learn more about Dr. Freed’s work, listen to a PCOM Perspectives podcast as he discusses Sudden Infant Death Syndrome with President Jay S. Feldstein, DO.