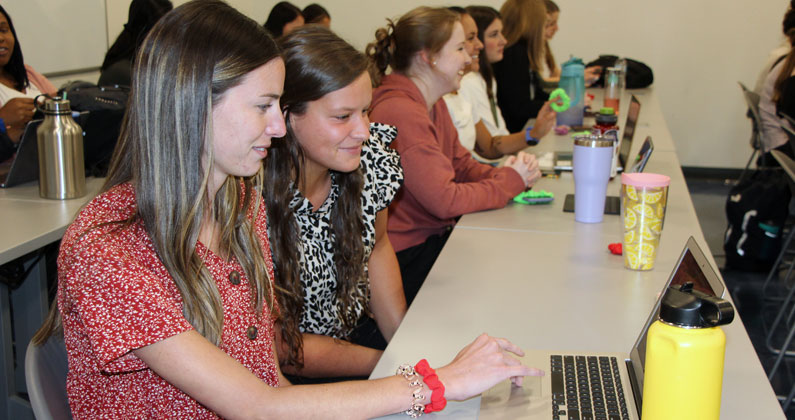 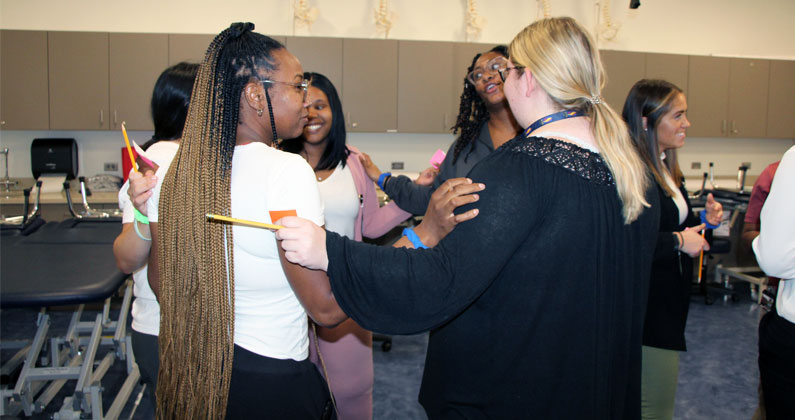 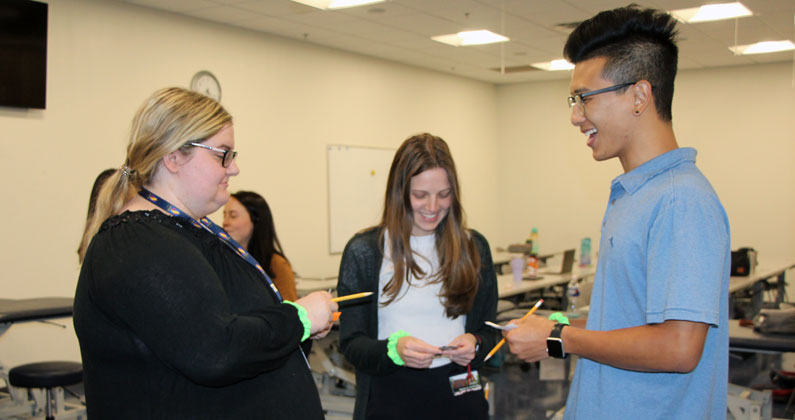 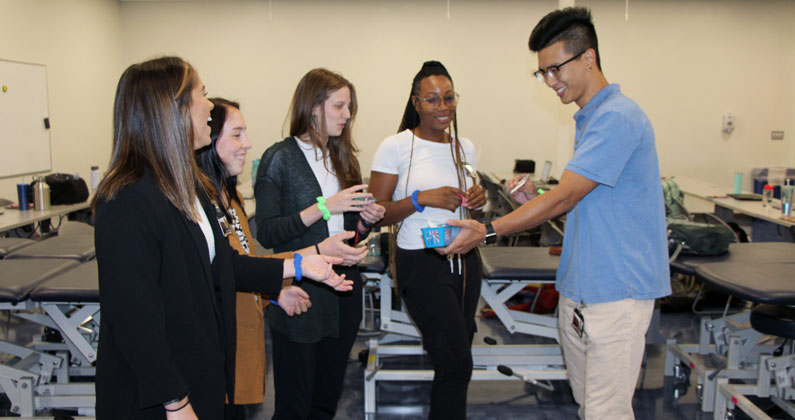 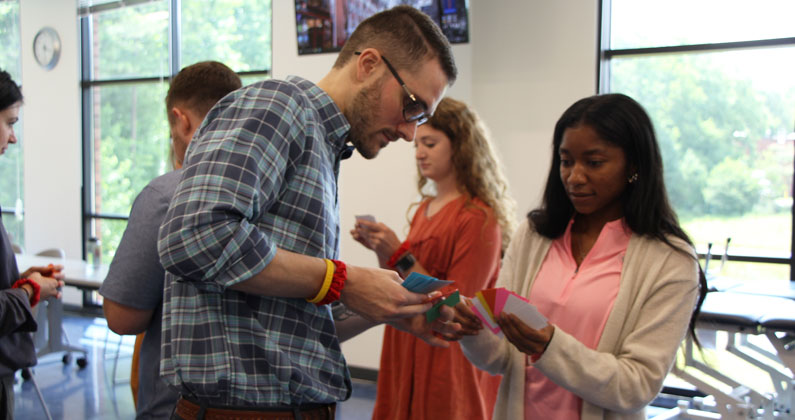 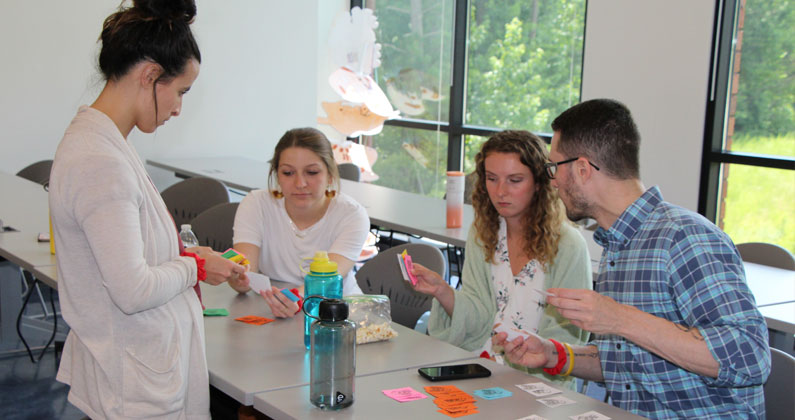 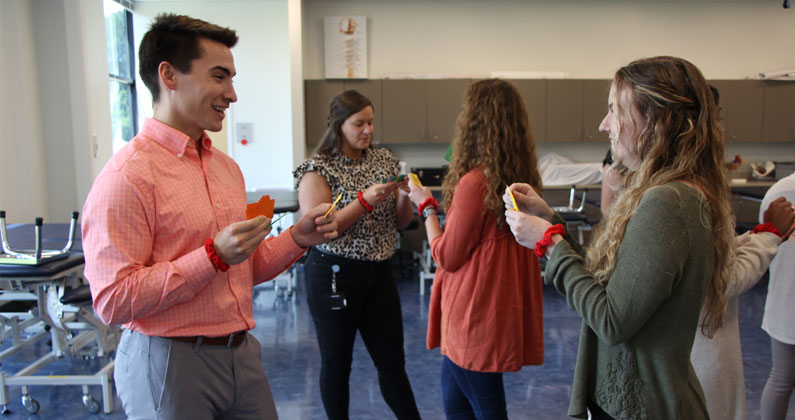 Physical therapy students gained insight into cultural differences in communication by roleplaying within the game. Photos were taken prior to the campus mask mandate.

The myriad of differences between people groups came alive recently as first year Doctor of Physical Therapy (DPT) students took on the roles of Alphans and Betans in a cross-cultural simulation game, part of the Professional Engagement course taught by Teresa Pierce, PT, DPT, assistant professor in the Department of Physical Therapy.

Led by Dr. Pierce and Melissa Tavilla, MS, of the PCOM Georgia Department of Physical Therapy, and Stacey Hoffman, PhD, a professor and clinical psychologist in the Brenau University physical therapy department, the game involved team members randomly being assigned to wear different colored bands to signify their cultures. Each group then moved into its own area where members were taught the values, expectations and customs of their new cultures.

For instance, Alphans viewed handshakes as an insult. However, they enjoyed telling stories about their elders and touching each other as they talked, once they were invited to join the conversation. In the Alphan society, the few wearing green bands were considered elite and blue members were the property of green members. Blues were only allowed to approach other blues to have conversations and to play matching games.

Wearing red bands, the Betans were a trading culture. They communicated through the numbers and colors on their trading cards since they only had 13 sounds in their language.

Each team sent one member to view the opposite culture and report back on what they learned. Then the teams came together with limited understanding.

Cameron Johnson (DPT ’24) observed, “I think the game was a good example of how to adapt to new environments and see how people are in a different culture than your own. Most of the students acted similarly in that we had to first figure out what was going on before we could try to assimilate into the other group.”

Shania Evans (DPT ’24) viewed the activity as being “a fun way to show how we handle cultural differences.”

She said, “I was on Team Beta and we talked about how we felt out of place around the Alphas. Some of them seemed rude because they were shunning us and we didn’t know the reason, while others seemed nice because they let us in their groups to talk about our elders. When we later found out the rules to the Alpha culture, we had a better understanding of why some treated us the way they did and others didn’t.”

According to Tavilla, the exercises “are an effective tool for demonstrating common flaws in human behavior and reasoning.” The game is designed to develop the students’ cultural sensitivity and to help them recognize that they don’t always have complete information about other cultures.

Evans noted, “It can be scary trying to immerse yourself into a different culture or even understand their differences. The big takeaway message for me was learning the importance of humility for the greater good in understanding others.”