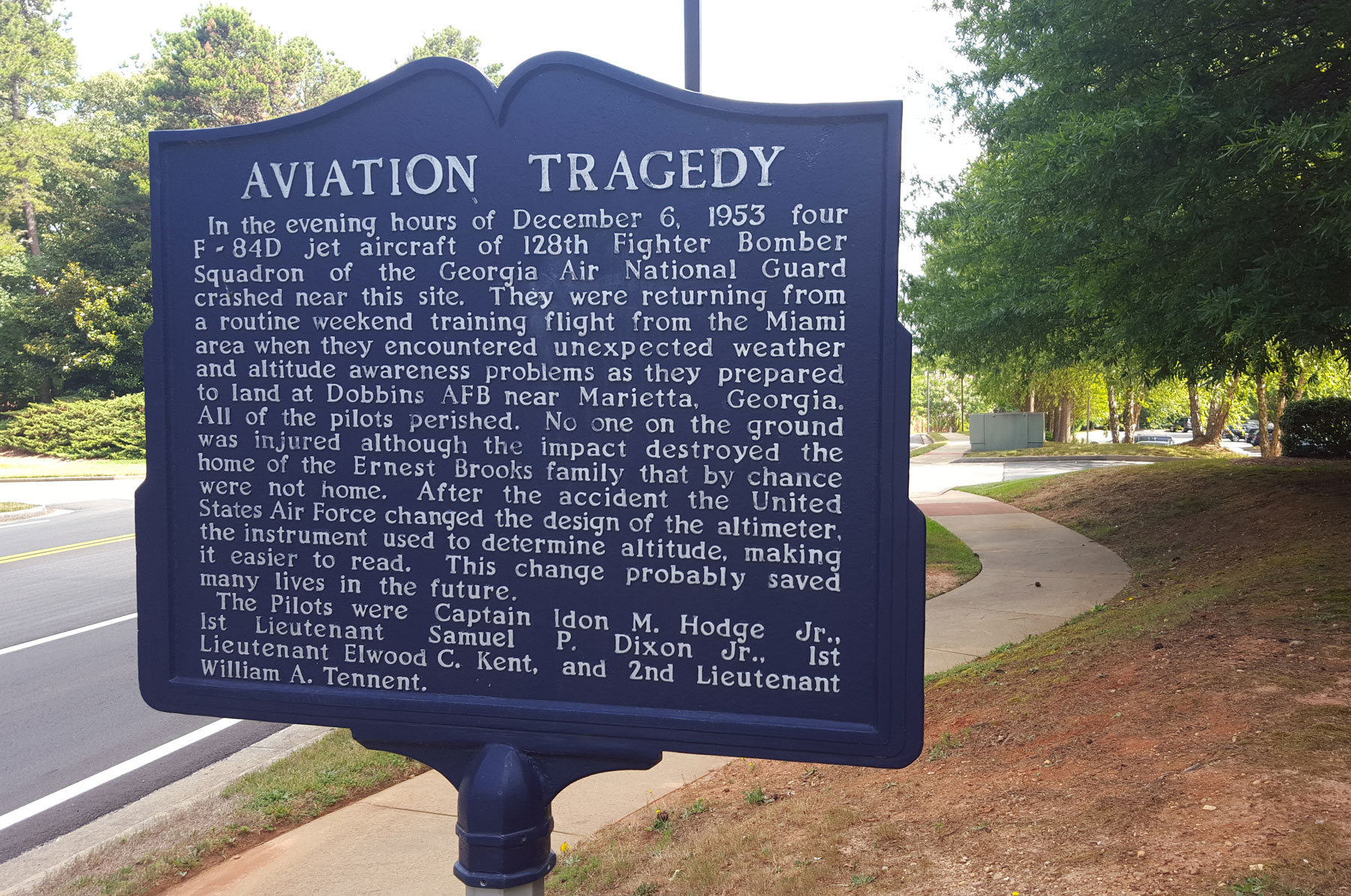 The crash, which involved four fighter jets, occurred near GA-PCOM in 1953.

A Gwinnett County Historical Marker, the sign identifies the spot where four F-84D jet aircrafts from the 128th Fighter Bomber Squadron of the Georgia Air National Guard crashed on December 6, 1953. The story goes like this. Based at Dobbins Air Force Reserve Base in Marietta, Georgia, Captain Idon M. Hodge, Jr., First Lieutenant Samuel P. Dixon Jr., First Lieutenant Elwood C. Kent, and Second Lieutenant William A. Tennent, had left that morning to participate in training maneuvers while flying to Miami. While they would usually stay overnight before returning to Georgia, the four experienced pilots decided to fly back and use nightfall to do another training maneuver. Though there was a storm moving in, the planes planned to fly in tight formation to be able to see each other’s lights and avoid getting separated in the dark.

Still, the flight ended in disaster with the planes flying straight into the ground. It was determined that the crash was a result of problems reading the planes’ altimeters, which are instruments for determining altitude attained in aircrafts. Recovered after the crash, the altimeters appeared to read 11,000 feet when the planes were actually only 1,110 feet above mean sea level at the time the pilots flew in a steep descent. All four pilots died when the planes crashed in Suwanee, with one plane destroying the home of resident Ernest “Buck” Brooks. Fortunately for the Brooks family, no one was home at the time of the crash.

Ultimately the cause of the crash would change the design of altimeters in aircrafts to prevent this kind of disaster from occurring again. After the accident, the United States Air Force changed the altimeter to make it easier to read, likely saving many lives thereafter.